At least two dead, more than 300,000 without power after storm hits Mississauga, Brampton, Hamilton and rest of Ontario 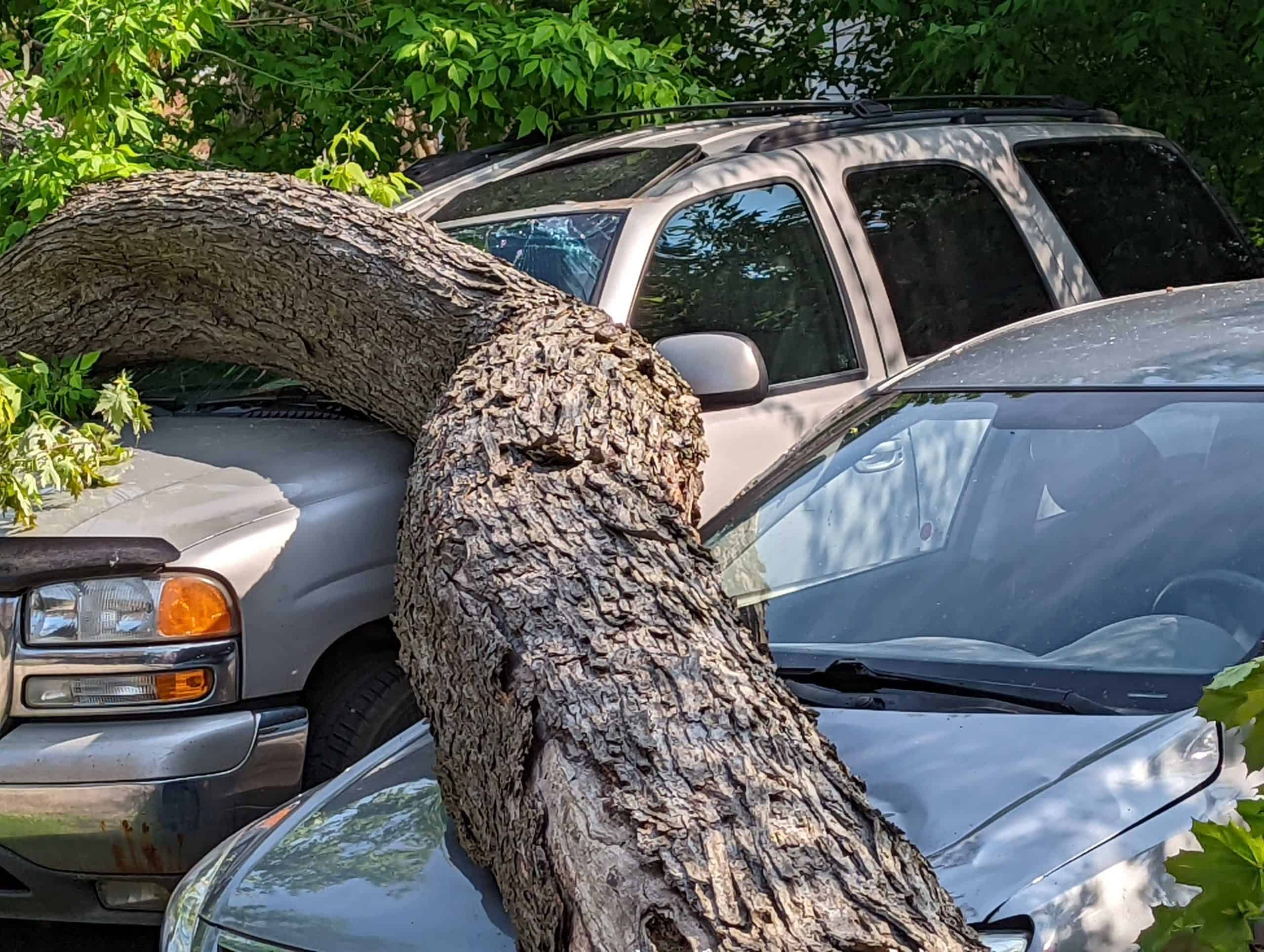 The first long weekend of the summer season began in tragic fashion in Ontario on Saturday after a powerful storm killed at least two people in its swift but intense path across the southern part of the province.

Tens of thousands of residents also found themselves without power, according to utility Hydro One, whose outage map showed roughly 1,936 outages leaving more than 343,000 people in the dark as of Saturday evening.

Ontario Premier Doug Ford extended his condolences to the loved ones of those killed when the storm, with winds Environment Canada logged at up to 132 km/h at times, downed trees and power lines in a swath of the province stretching from Sarnia to Ottawa.

“I am very sad to learn about the tragic deaths of two people in Ontario as a result of the severe weather today,” Ford said in an evening tweet. “My thoughts go out to both of their families & friends and I offer condolences on behalf of all Ontarians.”

The first death came in the city of Brampton. Peel Regional Police said a woman in her 70s was out walking when the storm sprang up in the early afternoon.

She was struck and killed by a tree, police said. Her name was not immediately released.

Further west, Ontario Provincial Police said one person was killed and two others were injured when a tree fell on a camping trailer near Pinehurst Lake in Waterloo Region.

Three others suffered non-life-threatening injuries after trees fell on two golf carts in Zora Township, the force added in a later tweet.

Images posted to social media from across the province showed debris-strewn streets and toppled trees that occasionally damaged homes and cars.

Steve Faulkner, the operation manager at the airport in London, Ont., said a small aircraft flipped over during the storm.

“There was a parked aircraft that was tied down and secured and the winds basically were strong enough that they broke the straps and the airplane flipped over,” he said.

“We’re cleaning it up now. The airplane has been removed.”

The storm was severe enough for Environment Canada to issue a broadcast-intrusive emergency alert that went out to television and radio stations and mobile phones.

Environment Canada meteorologist Daniel Liota said the winds of 132 km/h measured at the Kitchener, Ont. airport were enough of a risk to property and life to trigger the alert warning.

While wind gusts of such speeds aren’t so rare in isolated microbursts, Liota said the storm was unusual in that it covered such a large geographic area.

“It was a big deal. It’s your upper echelon of thunderstorms,” he said in a telephone interview.

He said severe thunderstorms were only recently added to the alert system.

According to Alert Ready, which runs the warning system for Canadian governments, a severe thunderstorm warning has not gone out on the system in the four years of data listed.

To trigger a broadcast-intrusive alert for thunderstorms, there needs to be measured winds of at least 130 kilometres an hour, or hail of at least seven centimetres in diameter, which is about the size of a tennis ball, said Liota.

The Environment Canada weather station at Toronto Pearson International Airport measured gusts of 121 kilometres an hour when the storm blew through the city at noon.

The storm eventually made its way to Quebec, where it also left thousands of residents without power.

Hydro Quebec’s website showed about 357,000 customers without electricity as of 6 p.m., mainly in the Outaouais region in Western Quebec and the Laurentians area north of Montreal. Residents in Lanaudière, northeast of Montreal, were also affected.

— With files from Ian Bickis and Maan Alhmidi in Toronto