As Iranian protests mount, supporters in Hamilton will gather outside city hall 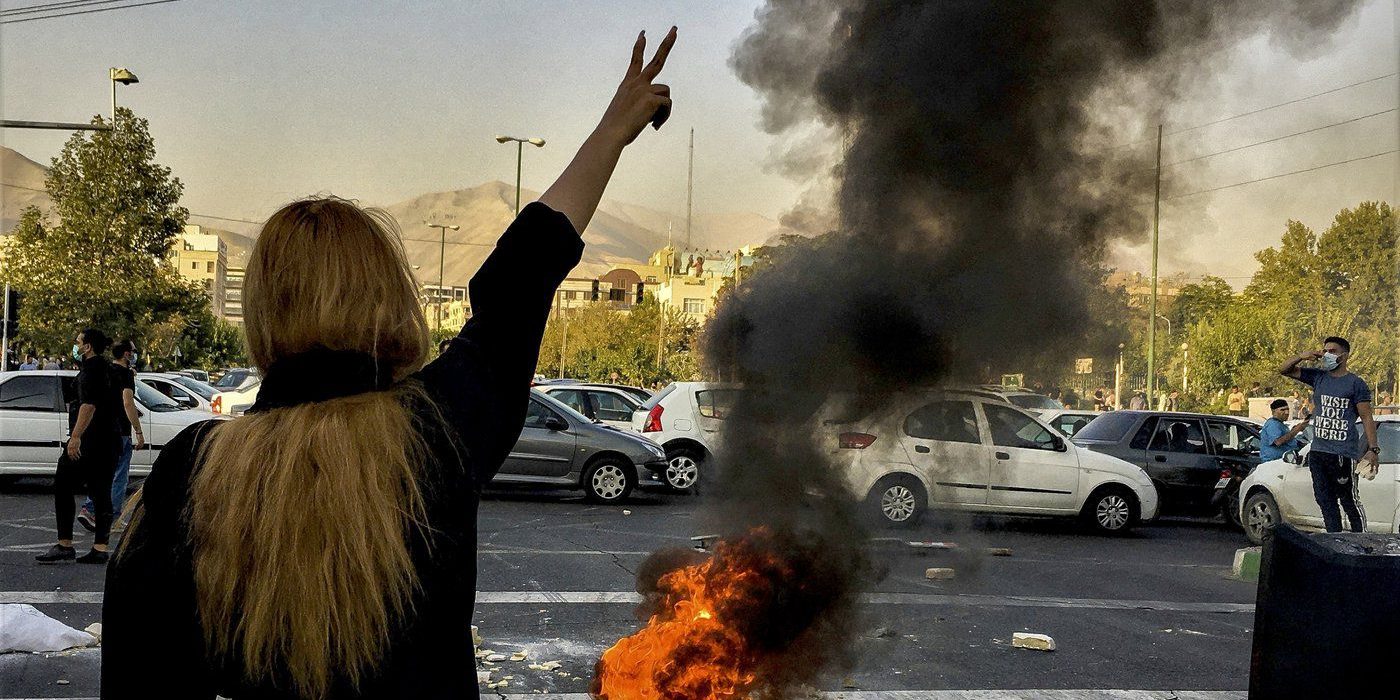 A gathering is scheduled to take place this weekend outside Hamilton City Hall to support the anti-government and pro-freedom protests in Iran. (AP Photo/Middle East Images, File)

A gathering is scheduled to take place this weekend outside Hamilton City Hall to support the anti-government protests in Iran.

“Iranians worldwide have been calling for a revolution to reject the Islamic government, to obtain freedom, democracy, and secularism,” an event organizer wrote in an email to inthehammer.com.

“Many people have been beaten, arrested, and killed in Iran recently for the crime of seeking freedom.”

“This anger is coming from 43 years of suppression,” they continued.

Protests have rocked Iran over the past five weeks after public outrage over the death of 22-year-old Mahsa Amini in police custody. The country’s morality police arrested her in Tehran for violating the Islamic Republic’s strict dress code. Iran’s government insists Amini was not mistreated in police custody, but her family says her body showed bruises and other signs of beating after she was detained.

“We are fighting not only for ourselves, not only for Iran, but for the whole world to be saved from this inhuman (government),” added organizers of the Hamilton gathering.

“This is a world revolution for humanity.”

An Iranian competitive climber left South Korea on Tuesday after competing at an event in which she climbed without her nation’s mandatory headscarf covering, authorities said. Farsi-language media outside of Iran warned she may have been forced to leave early by Iranian officials and could face arrest back home, which Tehran quickly denied.

The decision by Elnaz Rekabi, a multiple medalist in competitions, to forgo the headscarf, or hijab, came as protests sparked.

The demonstrations, drawing school-age children, oil workers and others to the street in over 100 cities, represent the most serious challenge to Iran’s theocracy since the mass protests surrounding its disputed 2009 presidential election.

So far, human rights groups estimate that over 200 people have been killed in the protests and the violent security force crackdown that followed. Iran has not offered a death toll in weeks. Demonstrations have been seen in over 100 cities, according to the group Human Rights Activists in Iran. Thousands are believed to have been arrested.

Meanwhile, the European Union on Monday slapped sanctions on 11 Iranian officials and four Iranian entities over their suspected role in the crackdown against the protests, imposing travel bans and freezing assets.