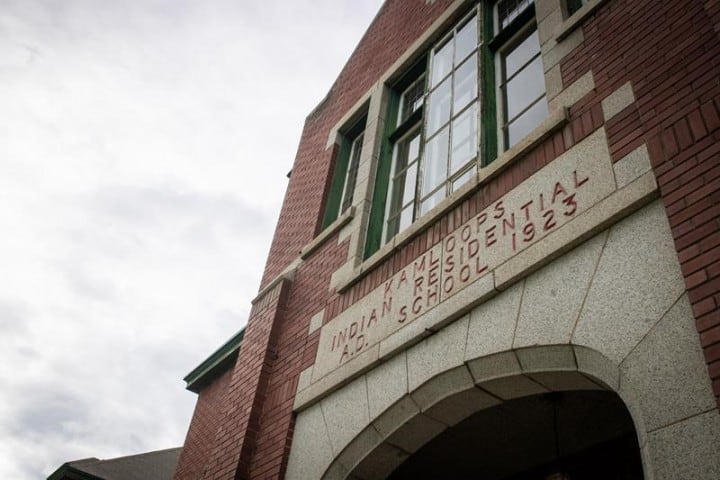 An art installation will be set up soon in Burlington to commemorate the lost children recently discovered at Kamloops Residential School.

The temporary public art installation, called “A Hope for Healing,” will be installed on June 19, 2021, on the west lawn of Spencer Smith Park.

The installation, which was initiated by local artist Amber Ruthart (White Bear First Nations, Treaty #4) in partnership with the City of Burlington’s Community Initiated Public Art Policy, will be on display from 10:00 a.m. to 5:00 p.m. daily until June 21.

According to Ruthart, the artwork is “2D moveable” and will be shaped like a giant strawberry; which is a symbol of healing. The installation will consist of donated shoes, dresses and red material from the Burlington Community.

“Strawberries are called ode’min in the Ojibway language. Ode means heart and when cut open, strawberries look like a heart. This performance art installation honours those who are grieving the Kamloops Residential School. The intent of the artwork is to help our community recognize that there is ongoing systemic racism and process Canada’s ‘unthinkable’ historical discovery,” said Ruthart in a statement.

“The Truth and Reconciliation Commission estimates more than 4,000 children died while at residential schools over a period of several decades, but the final commission report acknowledges it is impossible to know the true number. The ‘hope for healing’ is an artist interpretation honouring the lost children through visual art and awareness.”

In response to the installation, Burlington Mayor Marianne Meed Ward said, “Our hearts broke across the country when we learned about the 215 children whose remains were found in a mass grave at the former Kamloops Indian Residential School in B.C. Out of that grief, Burlington artist Amber Ruthart has created the installation A Hope for Healing to increase awareness of this devastating loss and also serve as a way to honour Indigenous children and peoples.”

“We must remember the death of hundreds – and potentially even thousands – of Canadian Indigenous boys and girls who were abused or murdered at Residential Schools,” concluded the mayor.

The last day of the exhibit will be on National Indigenous Peoples Day, a day that recognizes and celebrates the cultures and contributions of the First Nations, Inuit and Métis Indigenous peoples of Canada.