Arrest made in toppling of Sir John A. Macdonald statue at Hamilton’s Gore Park 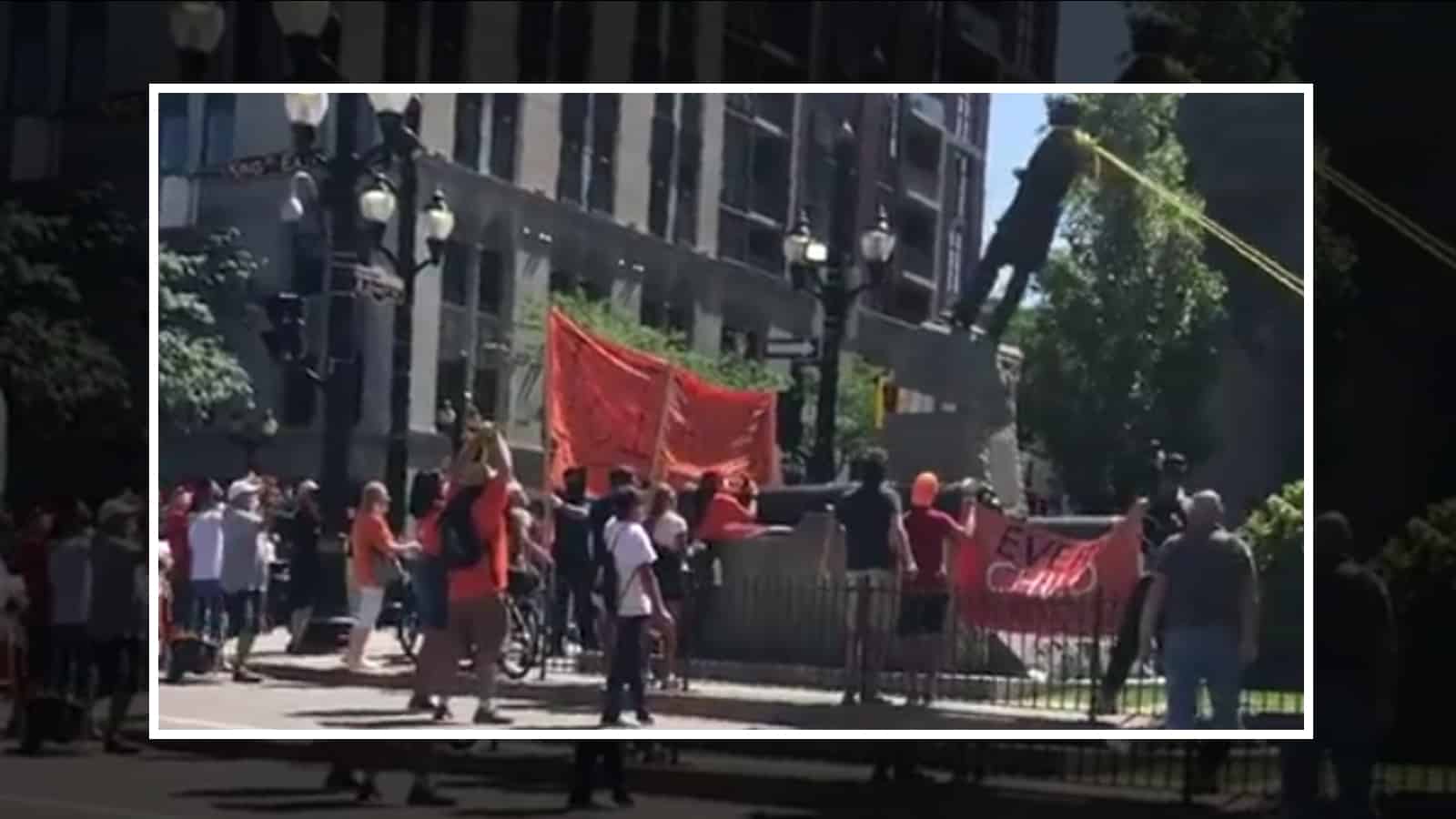 Hamilton Police made an arrest after the Sir John A. Macdonald statue was pulled down with rope at Gore Park on Saturday (Aug. 14).

According to police, approximately 200 individuals attended the Indigenous Freedom Rally, which began at City Hall and then moved to Gore Park.

At around 2:15 p.m., police say a female was seen scaling the statue with a rope that was used to pull the statue down.

Proud to have witnessed and supported the beginning of #trut #Reconciliation down goes the real wart #SJA #SirJohnA pic.twitter.com/GQAvLeeJP0

Once the statue was on the ground, police say further damage was caused using spray paint, a hammer, and a grinder.

The crowd eventually dispersed at around 3 p.m. and no injuries were reported.

Police say they received “numerous” tips to help identify the suspect; 56-year-old Miguel Martin Avila-Valarde from Toronto. He is facing a charge of Mischief over $5,000.

The group, Defund Hamilton Police, identified Avila-Valarde as an Indigenous activist on Twitter and accused police of “targeting.”

Avila-Valarde was released on an undertaking and will appear in court at a later date.