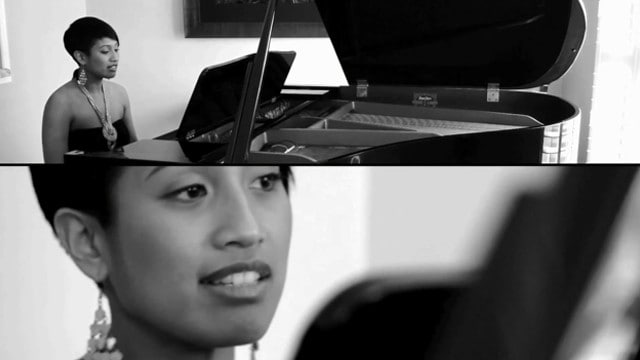 Mississauga’s own and co-host of insauga.com podcast Arlene Paculan will release her debut LP, Everything Begins with Love, and the first single and video off her LP is “Right Behind You”.

Since releasing her debut EP album, I’m Worth It (2010), Arlene has quickly garnered recognition in the local arts community, earning herself two award nominations at the MARTYs (an annual ceremony organized by the Mississauga Arts Council to honour the city’s leading artists).  With a style and voice said to emulate Sarah McLachlan, Alicia Keys, and Diana Krall, Arlene’s repertoire of soulful pop is sure to delight and entertain.

Over the past 5 years, Arlene has performed across Canada, making stops in the GTA, Montreal and Ottawa.  She has performed at a number of prominent events including the TD Toronto Jazz Festival (2012), PRIDE Toronto (2012), and an opening performance for the Juno-nominated jazz sensation, Jill Barber (in celebration of the Queen’s Diamond Jubilee, 2012).  In addition to her Canadian gigs, Arlene has taken her music south of the border, making stops in Los Angeles and Anaheim.

Join Arlene at Gallery 345 in Toronto (345 Sorauren Ave, just off of Dundas St W) for her LP release party on Friday, June 21.