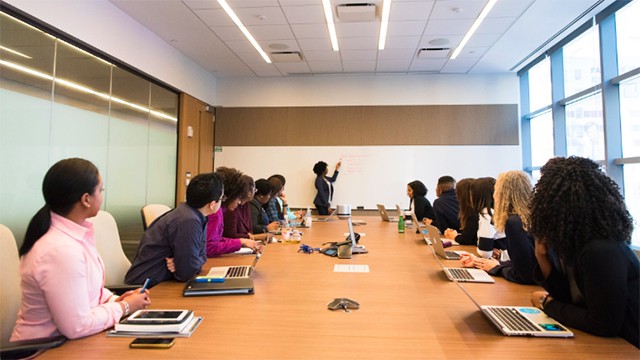 Who’s due for a raise?

Employers in Canada are expecting salaries to rise by an average of 2.6 per cent in 2019, according to Morneau Shepell’s annual survey of Trends in Human Resources.

This is consistent with the actual 2.6 per cent average increase in 2018. The national forecast for salary budget increases for 2019 includes expected salary freezes, with 4.6 per cent of respondents expecting a zero salary budget for 2019.

“Those expecting healthier financial performance in the coming year outpace those expecting worse performance by six to one. In the face of this optimism and a labour market with no slack, however, employers remain guarded about salary increases, perhaps reflecting anxiety over the possibility of more trade protectionism, rising interest rates and a Canadian economy operating close to its capacity.”

The expected 2.6 per cent increase is consistent with the current rate of inflation.

In July, the Bank of Canada noted that consumer price index inflation is expected to rise to about 2.5 per cent, before settling back to 2.0 per cent by the second half of 2019.

The survey highlighted some provinces that are expecting higher than average salary increases in 2019, including British Columbia at 2.8 per cent and Alberta at 2.7 per cent.

This follows the trend witnessed last year, with western Canadataking the lead in the country’s growth tables – Alberta recorded the fastest expansion and British Columbia posted its strongest pace in more than a decade. Employers in Quebec and Ontario are expecting salary increases of 2.6 and 2.5 per cent respectively, while salary increases in other provinces ranged from 2.3 to 2.6 per cent.

These industries may be catching up after below average increases over the past few years.

Expected salary increases in sectors such as finance and insurance, manufacturing and retail trade are expected to remain strong at 2.7 per cent next year.

Health care and social assistance employers are expected to average 1.7 per cent next year, with arts, entertainment and recreation slightly higher at 2.1 per cent.

“Given the tight labour market and aging population in Canada, now more than ever, employers are challenged to attract, retain and motivate their employees,” said Parsan.

“With limited funds to spend on salary increases, employers need to take a step back and look at the entire picture. Compensation needs to be viewed from a total rewards perspective and not in a piecemeal fashion. Intangible items such as flexible work arrangements, health and wellness, coaching and mentoring, learning and advancement opportunities and special recognition programs might be the edge employers need in the war for talent.”

Employee turnover is a top concern

In addition to looking at expected salary increases, the survey also asked human resources (HR) leaders about their priorities for 2019.

Looking to 2019, more than two thirds of HR leaders (67 per cent) said that improving employee engagement was a top priority, while 59 per cent identified attracting and retaining employees with the right skills as the top priority.

This remains unchanged from the previous year. Countering last year’s trend, improving the mental health of employees (48 per cent) inched above the physical health/wellness of employees (47 per cent) as one of the top five priorities in the coming year.

When looking at tactics to reduce organizational costs and improve efficiency, close to half (43 per cent) of HR leaders said that reducing employee turnover was a top priority for 2019 – surpassing streamlined administration of HR programs (41 per cent) and reducing short-term disability costs (34 per cent), which were the top two priorities cited last year.

“It’s important that organizations determine the factors that are keeping employees engaged and committed to their organization. One of these factors – which increased in importance in this year’s survey – is prioritization of employee mental health. By determining the processes needed to improve employee wellbeing, organizations can reduce employee burnout and ultimately, turnover.”

This year, the survey was extended to inquire about emerging issues that have the potential to impact the Canadian workplace in 2019.

Regarding the upcoming legalization of cannabis in October, 52 per cent of HR leaders indicated they plan to update substance abuse policies to manage cannabis in the workplace at some point over the next 12 to 18 months. When looking at effective training among managers, HR leaders’ views are divided.

Close to half (48 per cent) of respondents said that training managers to manage cannabis in the workplace is planned to take place in their organization over the next 12 to 18 months. However, 45 per cent of HR leaders have no plans to implement training.

“The biggest issue that employers will need to address regarding the upcoming legalization of cannabis is determining the appropriate application of policy and process regarding impairment in the workplace, and the distinction between recreational and medical use,” said Allen.

“Managers need to be trained effectively. As well, employees need to be educated. There are many misconceptions about cannabis that lead to an underestimation of the risk to personal health and well-being in certain situations.”

Another issue that has emerged is the growing #MeToo movement and navigating issues around sexual misconduct in the workplace.

In the survey, Morneau Shepell found that the majority of employers have existing processes in place to address these concerns. Almost all HR leaders (84 per cent) said they currently have zero tolerance policies implemented to address workplace harassment.

Similarly, 83 per cent of organizations stated that they foster a culture where employees feel confident reporting bullying or harassment and 79 per cent have senior leadership commitment to eliminating negative behaviours.

“Despite having the processes in place to address sexual misconduct, the increasing severity of the #MeToo movement has employers looking for ways to educate and equip managers with the appropriate tools to discuss the issue with employees,” said Allen.

“We found that more than half (60 per cent) of employers effectively provided managers with the clear tools and resources to address negative behaviours in the workplace, with one-quarter (25 per cent) planning to implement processes in the next 12 to 18 months.”

The survey also looked at employer attitudes towards retirement. Following the trend predicted last year, the majority of HR leaders (73 per cent) said they were concerned about employees’ financial preparedness for retirement and nearly one third (32 per cent) are concerned with employees’ understanding the decumulation process in retirement.

As organizations become more reliant on technology, the range of solutions explored to support employees as they transition into retirement has shifted year-over-year. Looking to 2019, the top processes HR leaders have implemented or are planning to implement include providing better educational material and seminars (90 per cent) and providing online retirement planning tools (87 per cent). From the perspective of design, Canada Pension Plan enhancements, which start to come into effect on January 1, 2019, are beginning to be noted as a concern, with approximately 22 per cent of employers either implementing changes to defined contribution plans or planning to make changes in design in the next 12 to 18 months.