Are volatile home sales in Mississauga, Oshawa and the GTA reaching a tipping point? 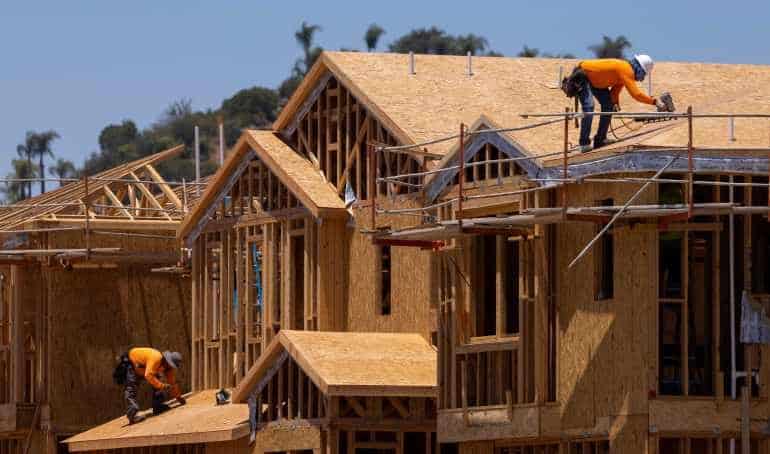 It’s said that April showers bring May flowers. But according to Robert Van Rhijn, the founder of Strata.ca and broker of record at Slate Realty, things don’t always work quite the same in real estate.

For decades, Van Rhijn said, two key measures of momentum in the GTA housing market – sold transactions and total inventory – have typically peaked between March and May. A third key metric, average days on market, typically hits its lowest levels over the same period each year. “As nature blooms, so do home sales.”

But those key metrics dipped during what is typically the strongest time of year for GTA housing sales:

According to Galina Sheveleva, a realtor at Strata.ca, the relatively high number of terminated listings indicates that many sellers did not receive the kind of “way-over-asking” offers that made headlines during what he described as the “insane” first quarter of 2022.

That said, she noted, the market would have to bottom out like never before to erase year-over-year property value gains. With the average sold price of all GTA homes topping $768,000 — more than double 2015 values — anyone who bought a home just a few years ago has an increasingly appealing option: selling and rebuying.

Home sellers who get ahead of any market-softening prime rate hikes by the Bank of Canada would be able to take advantage of a cool down in their purchase, “while still benefiting from a historically overheated sales market,” Sheveleva explained.

With much of that “insane” first quarter action came from pandemic-fuelled volatility, it would have been understandable for GTA real estate watchers to expect the spring market of 2022 to return to form. But this simply hasn’t happened.

Instead, just about every measure of market performance peaked from January to March before dipping in April and early May. At the same time, terminated listings spiked oddly in late April, with 567 properties being pulled from the market between April 26 and May 2.

Sheveleva believes higher interest rates and an increase in the number of listings are the two main factors cooling the GTA market. “What makes a hot market hot is a large number of buyers and a small number of listings, causing buyers to fiercely compete for scarce properties. When this formula changes and there are more listings and fewer buyers, the competition dies down.”

Both the new and total inventories of GTA residential property have steadily increased since the start of the year, with the latter more than tripling from around 1,400 listings in early January to 4,609 on May 9. The relatively high number of terminated listings, meanwhile, indicates that many sellers did not receive the kind of ‘way-over-asking’ offers that made headlines during the first quarter.

Of all residential properties, studio and one-bedroom condos “are holding their value fairly well,” Sheveleva said. “Since condos in general are the most popular entry-level property type, they tend to be the choice for those people who want to get into the market but cannot afford a bigger place. Downsizers also happen to be attracted to condos, too.”

All of this begs the question: Does the spring of 2022 represent a tipping point, when the GTA’s five-year-long seller’s market will finally morph into a buyer’s market?

According to Strata.ca broker Cliff Liu, the market will only soften so much in 2022. “House-hunters don’t suddenly disappear. Buying will heat up again once there is more clarity in the market about the current economic and political environment. As of now there is an excess of two million immigration applications in backlog. And if Canada is still going to bring in 1.3 million immigrants from 2022 to ‘24, the housing shortage isn’t going anywhere.”

May’s LiUNA construction strike is putting further strain on new housing supply, Liu adds, pushing up prices. “If the strike ends with wage increases for construction workers, this will translate into higher costs and lower margins for developers and builders. This, combined with increases in the cost of materials and rising inflation overall, could cause some developers to put housing projects on hold.”

No wonder the runup to June’s Ontario election is being so closely watched by prospective buyers, sellers and real estate professionals. “I see May as the calm before the storm,” Liu says. “It’s just not clear if and when the storm will arrive — and what kind of storm it will be.”