Are These Major Fashion Retailers Coming to Mississauga? 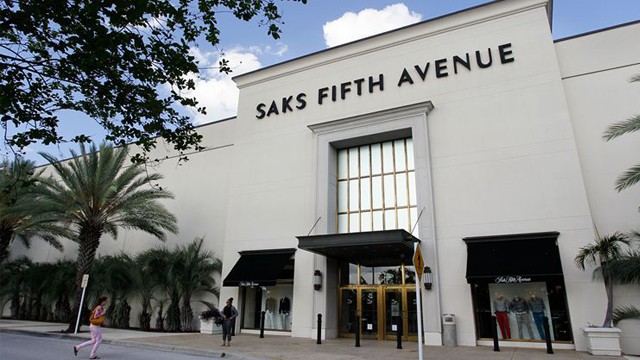 As Mississaugans, it seems that sometimes we’re like the Torontonians’ younger siblings who are given hand-me-downs after they’ve been tried and tested – especially when it comes to high-end retailers. For once, Mississauga would like to be the first city in Canada to showcase a retailer before it hits any other city, but as of right now that’s not looking good for us. Regardless, here are some retailers we’d love to see make their way to Mississauga… better late than never, right?

Yet another major retailer makes its way to Canada, but unfortunately Mississauga didn’t quite mike the cut. The first two Canadian Saks Fifth Avenue stores will open at the Toronto Eaton Centre and Sherway Gardens this winter, but no plans have yet been slated for a Mississauga opening. According to sources, Saks plan to open up seven more locations in Canadian cities, but it lit doesn’t look like Mississauga is on the docket for our American high-end retailer just yet.

In their glitz and glamour-esque new expansion, Sherway Gardens has snagged yet another high-end retailer that Mississaugans would have loved to have seen open in Square One. While we will be able to shop Ted Baker at our fancy new Holt Renfrew, a full Ted store would have brought just the right amount of British couture to Mississauga that we’re looking for. As far as any leads on Ted locations to open in Mississauga in the near future, no spokesperson was available for comment.

Similar to Saks Fifth avenue with its high-end accessories, apparel, and all of its other fine bells and whistles, Neiman Marcus would be a welcome addition to one of our fanciful Mississauga malls. Unfortunately, according to Retail Insider, the luxury American retailer has no plans to open anywhere in Canada, despite CEO Karen Katz’s interest in the north. Looks like we’ll have to settle for our online shopping at this American conglomerate.

This one may be the biggest blows yet to Mississauga with three new Nordstrom locations scheduled to be opened up in Canada, and yet each of them remain east of our borders. On its “Future Nordstrom Store Openings” page, Nordstrom confirms the arrival of stores at the Eaton Centre, Yorkdale and, you guessed it, Sherway Gardens, all scheduled to open in the next two years.

Thankfully, our wishes have been granted on this luxury high-end retailer: Holts is coming to Square One! A 120,000 square foot flagship store is slated to open in the summer, and we couldn’t be more excited about it. With its new expansion, Square One will be the only North American mall anchored with two parallel universes – a Holt Renfrew and Walmart – but we have to say we’re excited about it. Our city centre will really be the one-stop-shop for everything we need, right where we want it.

Our wish to be the *first* Canadian city to feature a retailer may not have been granted, but hey, at least we’re the first in the GTA for this one! Quebec retailer La Maison Simons is opening up at Square One in March of this year, and we’re stoked about it. The chic French-Canadian retailer will be a welcome pair with Holts, featuring brands we love like Canada Goose, Jean Paul Gaultier, Diane von Furstenberg and more. We can’t wait for the grand opening so we can snatch up the best new fashions for Spring 2016!