Are Some NIMBY-Types Stalling Progress in Mississauga?

We might be thick in the dog days of summer when everyone is quietly enjoying the beautiful weather in Mississauga or elsewhere, but things are quietly moving along in terms of new communities being planned for the future.

The recent passage by Mississauga City Council of the Brightwater development, a multi-phase community with some 2,995 new residential units (townhomes, mid-rise and high-rise up to 29 storeys), retail, parkland and campus (employment, recreation and education) on a 72-acre property formerly known as the Imperial Oil lands was a sign that the city's transformation from suburban satellite to an urbanized city was well underway.

"I am pleased that we are moving forward with next steps to revitalize these former brownfield lands into a vibrant waterfront destination that will attract residents from Mississauga and beyond. As an important city-building initiative, this redevelopment will drive tourism, create jobs and boost economic growth, helping put Mississauga on the international map," said Mayor Bonnie Crombie. 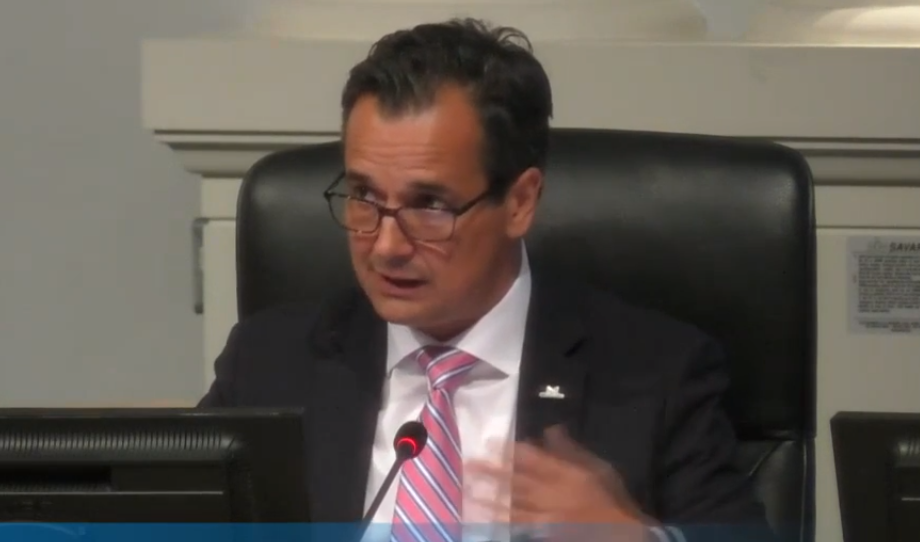 "Never in my lifetime would I think the old Texaco / Imperial Oil site would be cleaned up for redevelopment, this is huge," said Ward 1 Councillor Stephen Dasko. "This site is the dirtiest in the city and for the first time in 100 years, it's going to be clean. We went from a toxic cesspool into 13 acres of public parkland and over 18 acres of open space."

Other councillors also joined in the celebration.

"This was really a rough part of town," Ward 5 Councillor Carolyn Parrish said, referring to the site. "You all should all really be proud of what is coming."

But not everyone is thrilled.

Concerns over the height of the townhouses (Planning Committee regular Chris Mackie said the height should be dropped to two and a half storeys from four), and a lingering issue over access to Lakeshore (which Dasko committed to getting further study on), reigned at a recent meeting.

Not unexpectedly, we saw the same few people who spoke in other meetings pop up to make their voices heard, often saying the same thing over and over.

"Try not to repeat what's already been said and that you've heard already," Ward 11 Councillor and PDC chair George Carlson quipped, and in only a half-heartedly joking tone.

One thing that regularly rears its ugly head at public meetings is NIMBYism.

If you’re confused as to what NIMBYism is about, you can get a little background here. Basically, NIMBY types often appear at meetings to say that a new plan or development would be perfect if only it were being built somewhere else. Somewhere far, far, far away from them.

But while the general consensus was that Brightwater is a good development, one individual, who said he was from the Old Port Credit Village, came forward to share some decidedly NIMBY (Not In My Backyard) talking points.

"We have fought long and hard to preserve our old Port Credit Village neighbourhood and have never sought to alter the heritage character of Cranberry Cove by any sort of expropriation in order to alleviate traffic," he said, speculating that it was going to cost up to a billion dollars to build the development.

"We have our own unique version of Niagara-On-The-Lake in a sense. Please respect our Old Port Credit Village,” he concluded, invoking that long-standing NIMBY desire to 'preserve the character of the neighbourhood'.

I’ve also been a longtime Mississauga resident for close to 30 years now, but I find it quite frustrating to hear someone deny that Mississauga is a waterfront city. This seemingly willful blindness to the reality that Port Credit has been a part of Mississauga for over 40 years is indicative of an attitude of believing that time can remain stagnant for people who think they live on a street that’s like Niagara-on-the Lake.

While Port Credit certainly has charm, it’s by no means a second Niagara-on-the-Lake. It’s an urban district in a rapidly urbanizing city—not a vast stretch of farmland used to produce nationally (and perhaps internationally) beloved wines.

Mississauga has its own unique waterfront and a developing urban form and that concept should be embraced. I’ve been to Niagara-on-the-Lake, and whatever little side street someone lives on, with all due respect, it’s not Niagara-on-the-Lake.

At the end of the day, whom we really haven't heard from are the thousands of future residents who would move into places like Brightwater about what they would like to see in their future community.

Right now, it's just about the people who want to keep things the way they are, in effect ‘stop time’, and most likely won’t be there in the coming decades anyway.

Isn't it time to go YIMBY (Yes In My Backyard) instead?