Are Mississauga Chinese Candidates Being Blacklisted? 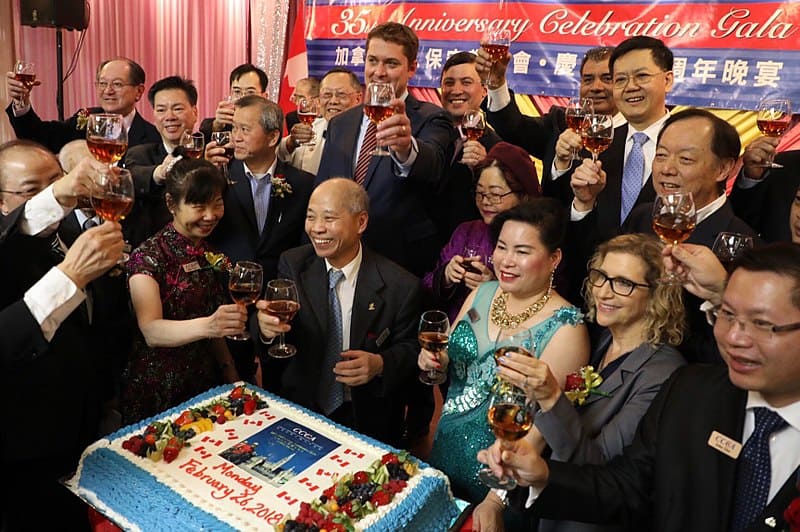 We’ve seen the mingling of politics with various cultural communities for years in Canada. It used to be the Liberal Party had an almost monolithic hold on immigrant communities before those communities began diversifying their political allegiances.

People within various ethnic groups have their own views on politics that have developed over time. Even within communities like the Chinese community, there are vast differences between mainland Chinese and those who came from Hong Kong, at least in terms of politics.

So it shouldn’t be a surprise to see people within the community disagree over which politicians to support, but one should hope those views are based on solid facts. A recent tip passed along by a source begs the question whether misinformation is being spread by certain people for political gains.

Case in point, a WeChat group of some 184 ‘Conservative volunteers’ recently began circulating a ‘blacklist’ of sorts, advising members of the Chinese community to not cast their ballots for certain candidates of Chinese background on October 22.

This is really bizarre: a source sent me this 'blacklist' being circulated amongst Conservative Chinese Canadian political activists NOT to vote for certain candidates #MississaugaVotes #Mississauga #misspoli pic.twitter.com/TKDeTxOmqL

For those who don’t read Chinese, the title of the list basically says “Don’t vote for these people because they’re Liberals”. The list includes all the candidates of Chinese background running in Mississauga:

The list is not confined to those candidates from Mississauga; various other municipal candidates of Chinese background are also on ‘the blacklist’:

Wong-Tam is a well known “progressive” and openly gay councillor, and Collucci ran as a provincial Liberal candidate back in June.

But for those running in Mississauga, none of them as far as I know have any long standing relationship with the Liberal Party. Chen has recently gotten criticism, when asked about Muslim prayer in schools, for saying that he supports free speech, “unless people fight over free speech which means no one gets free speech”.

“I am for a policy that is consistent across the board for everyone, if there is a celebration of culture, religion, or ethnicity in any shape or form, then no one shall be excluded,” Chen said to insauga.com, saying that the “celebration” should come at no cost to the PDSB and should be completely funded by volunteers of the student body, adding that the most each school should be stepping in is allowing for the booking of these events on school property or rooms.

In terms of the Chinese community over the issues of Muslim prayers as well as “illegal migrants flooding across the border,” those tensions rose to a new height after the death of 13-year-old Marissa Shen; a Syrian refugee named Ibrahim Ali was arrested and charged for allegedly raping and murdering her. This recent story from Vice.com examined the growing anti-refugee rhetoric coming from certain segments of the Chinese community.

Another factor to put into consideration is that the Chinese community, at least the business associations, gravitate towards those who hold political power because they want to get stuff done in the community. The Liberals have been in power federally for three years, so naturally their MPs would be invited to attend functions, events that the Chinese associations organize.

The provincial Tories came to power in June but it’s only now that their Mississauga MPPs are starting to get known within Mississauga as a whole, let alone just the Chinese groups. The Board of Trade is hosting a meet and greet for Tory MPPs on October 5th.

Overall, there is little to no evidence that Chinese Canadian candidates for municipal office in Mississauga are straight up Liberal Party supporters. The partisan gamesmanship between Liberals and Conservatives, no matter what background, is understandable. But it should be based on some hard evidence when it comes to ‘outing’ certain people being from a particular party.