Are Millennial Homeowners in Mississauga in Trouble? 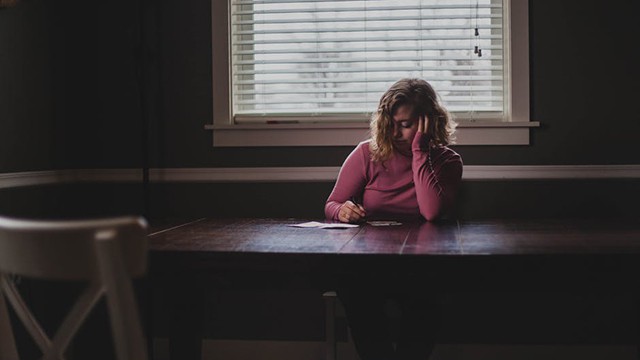 As far as housing goes, the news has (over the past few months, at least) rarely been good for young and prospective homeowners.

Although it appears the wild feeding frenzy that prompted aggressive bidding wars, packed open houses and over-generous offers is slowing down, house prices–influx of new spring inventory aside–are high in Mississauga and may remain so indefinitely.

While the City of Mississauga is working on its own housing solution in cooperation with the Region of Peel, the province and the federal government, barriers continue to stand in the way of a swath of eager would-be homeowners–especially, it seems, millennials.

Although houses are tough to afford to begin with, data indicates that many people who are already in the market are stretched and at great risk of financial hardship. According to a recent Manulife Bank survey, “a significant percentage of Canadian homeowners lack the financial flexibility to adjust to rising interest rates, unexpected expenses or interruption of income, with millennials most at risk.” 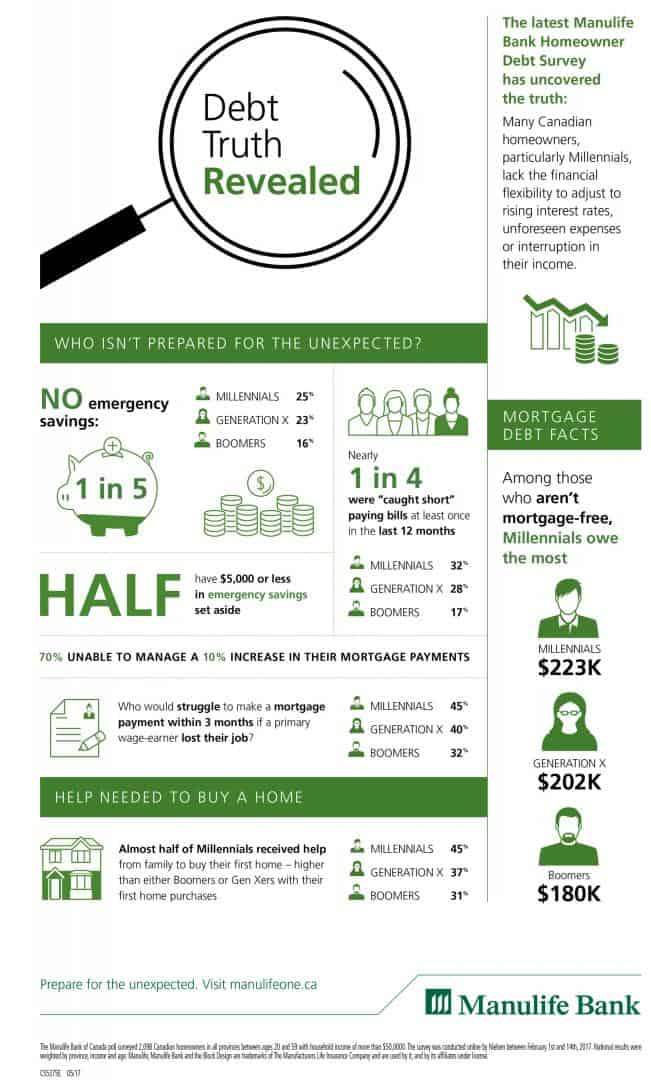 So, even if a young person (millennials are typically defined as people born between 1980 and the early 2000s) has managed to enter the hot market (already a difficult feat), there’s a good chance he or she will be unable to cope with, say, a job loss, major appliance breakdown or moderate uptick in interest rates.

As one might expect at a time when one in three households in Mississauga are spending more than 30 per cent of their pay on housing costs, further strain could spell disaster.

While the one in three number is specific to Mississauga, Manulife says that one in four Canadian homeowners in general have not had enough money on hand to pay bills once within the last 12 months. The bank also reveals that one in five homeowners are unprepared for a financial emergency and that average mortgage debt is up 11 per cent to $201,000.

As for how millennials–who are starting households at a time of skyrocketing real estate prices and relatively stagnant wages–managed to purchase homes in the first place, Manulife says that almost half of young homeowners received help purchasing their homes.

“The truth about debt in Canada is that many homeowners are not prepared to adjust to rising interest rates, unforeseen expenses or interruption in their income,” says Rick Lunny, President and Chief Executive Office, Manulife Bank of Canada. “However, building flexibility into how they structure their debt can help ease the burden.”

While many Millennials are getting financial support (perhaps from parents or other relatives) when purchasing their homes, they’ve also been helped by historically low interest rates.

According to Manulife, the survey revealed that 70 per cent of mortgage holders are not able to manage a ten per cent increase in their payments. It also revealed that half (51 per cent) have $5,000 or less set aside to deal with a financial emergency while one fifth have nothing.

But while the survey focuses on younger homeowners, Manulife also pointed out that Baby Boomers are also overleveraged.

“Despite generally having more equity in their homes, many Baby Boomers face the same challenges as Millennial homeowners,” the report reads. “Some 41 per cent of Baby Boomers said that home equity accounted for more than 60 per cent of their household wealth and for one in five (21 per cent) it makes up more than 80 per cent.”

Manulife notes that some Boomers also tend to want to stay in their current homes after retirement.

“Many Boomers approaching retirement share the same lack of financial flexibility as Millennials,” said Lunny. “They want to remain in their current homes, but their home makes up a big part of their net worth. Instead of downsizing, or even selling and renting, homeowners in this situation could consider using a flexible mortgage to access their home equity to supplement their retirement income.”

While there’s no doubt the price points of homes (condos in Mississauga and other 905 municipalities have climbed into the $400,000’s), Millennials are ill-prepared to tackle financial challenges because, as mentioned earlier, their ascent into the market was sometimes helped by generous financial contributions from family.

According to Manulife, 45 per cent of Millennial homeowners report receiving a financial gift or loan from family. That number is way up from Generation X homebuyers (37 per cent) and Baby Boomers (31 per cent).

And while more Millennials are living in double-income households, the stagnation in wages means their money–even with both partners working full-time–doesn’t go as far.

So, what is Manulife recommending overleveraged homeowners do?

“With higher home prices and larger mortgages, it’s more important than ever to find the mortgage that’s right for you,” says Lunny.  “A flexible mortgage that offers the ability to change or skip payments, or even withdraw money if your circumstances change, can help you ride out financial difficulties more easily.”

Manulife Bank recommends that residents have access to enough money to cover three to six months of expenses (and with people spending over 30 per cent of their take home pay on housing, one can see how that’s a tall order).

Still, Manulife is advising educators to bring up debt management and saving when future homebuyers are young.

“Kids who learn about money and debt management are more likely to become financially healthy adults,” says Lunny. “One of the best lessons we can teach our children is the importance of saving for a rainy day. Being prepared for unexpected expenses is good for our financial health, good for our mental health and gives us the freedom and confidence to deal with the unexpected expenses and opportunities that come our way.”

So while there might not be much the average homeowner of any age can do about a red-hot market and underwhelming salaries, it might be pertinent for everyone to sock away a little extra cash when possible.

After all, a rainy day brought on by a job loss, broken furnace or car breakdown might come sooner rather than later.