Are Men Paying Less Than Women for Auto Insurance?

There's a lot of reports and stories about auto insurance out there. The general consensus is that everyone is paying too much for it, but there are those who offer more optimistic advice about how to save.

But did you ever think that auto insurance would show a potential gender gap?

A new report from LowestRates.ca shows how much auto insurance rates have increased, according to the last quarter.

Rates in Alberta are shown to be up by 10.05 per cent, Ontario saw an increase of 1.7 per cent and Atlantic Canada saw a climb of 3.75 per cent.

But the report also finds that, breaking down those numbers within those regions, men may be paying less for auto insurance than women drivers. 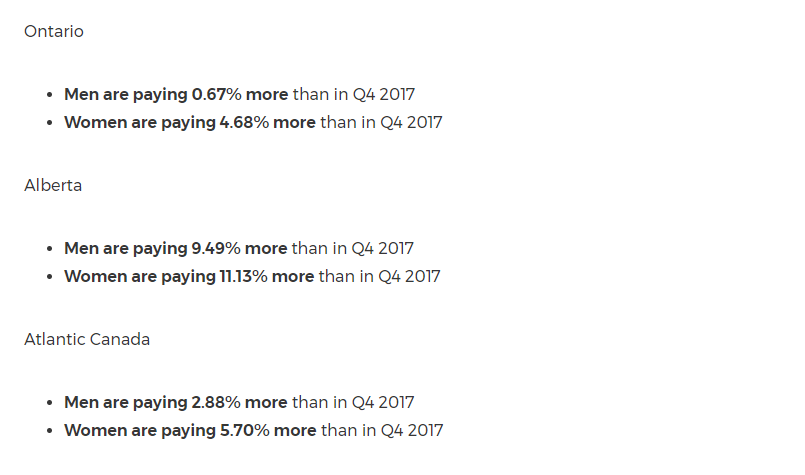 “For drivers, it’s likely no surprise that auto insurance costs continue to increase as rates have been rising steadily for over a year now,” said Justin Thouin, co-founder and CEO of LowestRates.ca. “While rate changes are influenced by a number of external factors, it’s important for drivers to understand that while some insurers are raising rates, others may be lowering theirs."

"Insurance companies raise rates when their costs rise. And not all companies experience the same costs. That’s why it’s important to compare online to ensure you’re being charged a competitive rate.”

Do you feel that auto insurance is more for women than it is for men?

Popular international dessert restaurant opening new location in Mississauga
If you often find yourself with a hankering for Taiwanese desserts, we have good news for you.
END_OF_DOCUMENT_TOKEN_TO_BE_REPLACED