Are Foreign Purchasers Pricing Mississauga Residents Out of the GTA Housing Market? 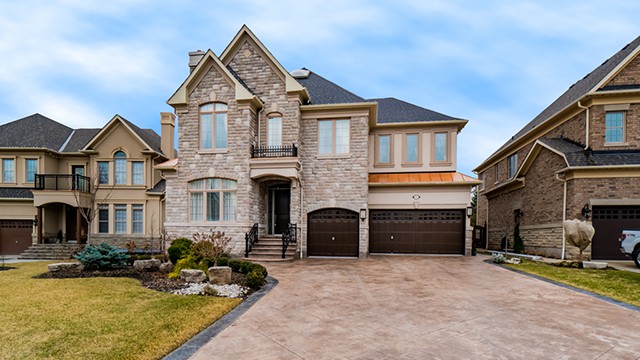 For several years now, the story has been the same: foreign buyers, especially those from China and parts of the Middle East, are pricing Canadians out of their own housing market.

While it is true that overseas investors are purchasing Canadian properties–especially on the west coast, where a 15 per cent foreign buyer’s tax has been introduced–real estate experts have argued that the impact of foreign ownership on the GTA market is much smaller than many think.

“There has also been much speculation, both in the media and among government policymakers, about the amount of foreign buying activity in the GTA. A recent Ipsos survey of the TREB membership on foreign buying activity suggests that the impact of foreign buyers in the GTA marketplace has been somewhat overblown,” said Larry Cerqua, Toronto Real Estate Board president, in a statement. “GTA-wide, the number of transactions accounted for by foreign buyers was less than five per cent. Furthermore, the great majority – 80 per cent, to be exact – of foreign buyers were purchasing a home as a primary residence, a home for another family member to live in, or as an investment to rent out to a tenant, which is helpful in a tight rental market.”

But while it’s incorrect to attribute escalating house prices with foreign purchasers (the most significant driver of prices is persistently low inventory), it is interesting to note that overseas investors, especially those in China, are still quite interested in the Toronto market (and that interest will likely trickle into surrounding cities and the 905 areas, if it hasn’t already).

A report that was recently released by Juwai.com (the number one Chinese international property portal) and Sotheby’s International Realty Canada offers some insight into prospective home buyers from mainland China and highlights trends in “target pricing, motivation, and levels of interest between conventional and top-tier real estate in Vancouver, Calgary, Toronto and Montreal.”

While the report focuses on major metropolitan areas in Canada, it’s important to note that there are Mississauga listings on Juwai.com and there’s even an article about the upscale Lorne Park neighbourhood.

Despite the incredible climb of Canadian home prices and the tax that’s been implemented in select areas, experts believe the market will remain attractive to Chinese buyers in 2017.

“Barring unforeseen circumstances, we expect Chinese real estate investment in 2017 to come close to matching that of 2016,” said Charles Pittar, CEO of Juwai.com, in a statement. “There is no firm data, but National Bank of Canada hypothesizes that Chinese invest around $38 billion annually in Canadian property. That’s a tremendous boon for the country and is more than double the $16.4 billion annual value of Canada’s number one export to China, agricultural products.”

So, what draws Chinese buyers to the GTA market?

According to the report, Chinese purchasers typically purchase GTA homes for educational opportunities and personal use rather than for immigration or investment purposes.

“Chinese homebuyers have been credited as an influential segment of purchasers within the Canadian luxury real estate market; however, Juwai.com data dispels the notion that their interest is limited to the high-end segment.”

According to the report, 68 per cent in both Toronto and Montreal fell below $655,050 in 2016. The median prices for Juwai.com property enquiries ($458,928 in Toronto, to be exact) were actually quite modest (especially considering how hot the market is right now).

That said, there is still interest in luxury homes (many of which are listed on Juwai.com).