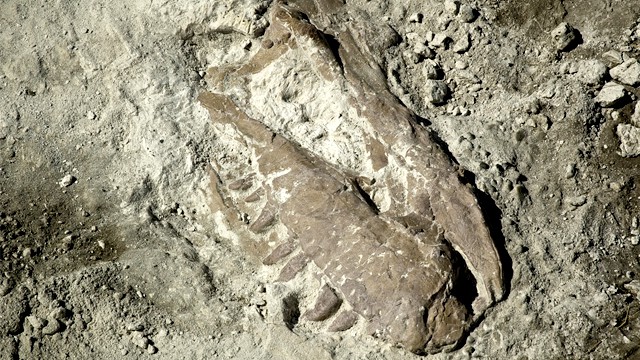 An archeological dig in south Mississauga might have unearthed something special, according to a recent Mississauga News article.

The dig occurred because twinning of the QEW Credit River Bridge is tentatively scheduled for 2019. The start date is tentative because the routine archeological assessment uncovered something that may — no one is saying much, at this point — be interesting.

The News reports the Ministry of Transportation (MTO) is currently assessing a former residential property on Stavebank Road and that the dig is in stage three — the stage where limited excavation occurs to glean more info about what’s been found.

So while it looks like something notable has been discovered, The News is reporting that the MTO has been pretty mum on what the discovery might be.

“As an archeological assessment is currently underway, MTO is not in a position to comment regarding the specifics of the significance of the site, and the area immediately around it, until the archeological report is submitted to and accepted into the Ontario Public Register of Archeological Reports at the Ministry of Culture, Tourism and Sport,” MTO spokesperson Michelle Mendonca told The News.

If there has indeed been a valuable or delicate discovery, a full excavation will likely be carried out.

The News dug a little deeper and chatted with Heritage Mississauga historian Matthew Wilkinson. Wilkinson told the newspaper that he suspects the discovery could be of aboriginal origin, adding that human bones, stone weapons, tools, pots and more have been found in the city before.

For those who were hoping for dinosaur bones, an ancient T-Rex skeleton doesn’t seem quite as likely.

But, since nothing has been confirmed, it’s much too early to rule anything out.