Another Round of Snow Expected in Mississauga 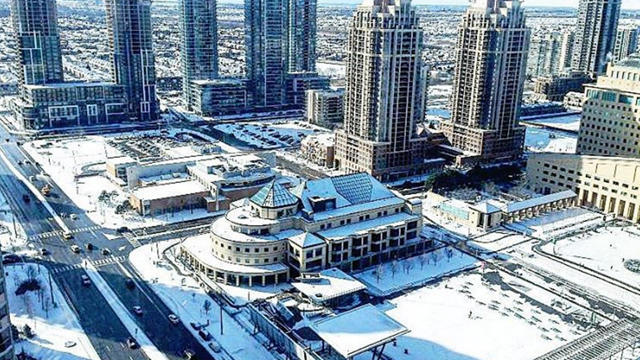 With an active snow track making its way through Mississauga, it’s no surprise that we’re getting hit with lots of snow. Now, even more snow is expected through Friday and into the weekend.

According to The Weather Network, “another round of widespread snow is likely for Friday.” The southern GTA could get around 10 cm.

Your morning commute might be messy — the snow is set to start in the morning across the western and southern Golden Horseshoe, and head north and east in the mid- to late morning.

But in the evening is when it’s expected to get worse.

“The snow will continue through the afternoon and into the evening and have a significant impact on the evening commute. The snow will not be as heavy as what we saw on Wednesday but the snow will fall for a much longer period of time.”

According to The Weather Network, the heaviest snow will be in the Niagara region and southwestern Ontario with up to 15 cm.

As for the evening drive, travel is expected to be very slow on the QEW from Hamilton to Fort Erie and along the 401 west of the GTA.

And in terms of the weekend, we’re expected to get a break from the snow on Saturday and five to ten cm of snow on Sunday.

“Temperatures will be somewhat milder this weekend (near seasonal) but still cold enough for all precipitation to fall as snow.”