Another Look at the Stunning Tower Coming to Mississauga 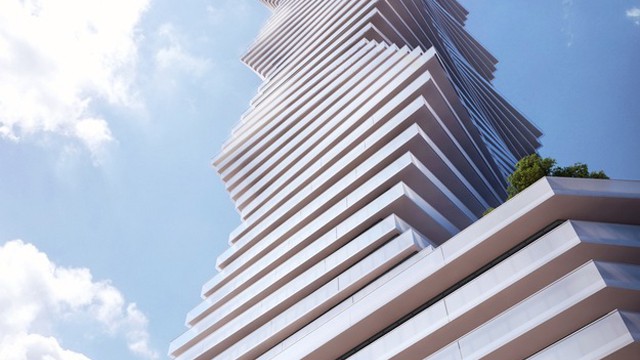 There’s been a lot of talk about the modern, undulating tower that’s set to become Mississauga’s tallest building and a new artistic rendering might prompt people to get just a little more excited.

The tower, the first of 10 proposed by developers, will be Mississauga’s tallest building, beating out the 56-storey Absolute tower by a fine four-storey margin.

You can see a new rendering, courtesy of Archdaily.com, below: It will be a a 10-tower, 15-acre, 4.3 million sq. ft. community that will feature over two acres of public parkland (we all know green space is a big deal). So, what do you think of the tower?