Another Huge Change is Coming to Google 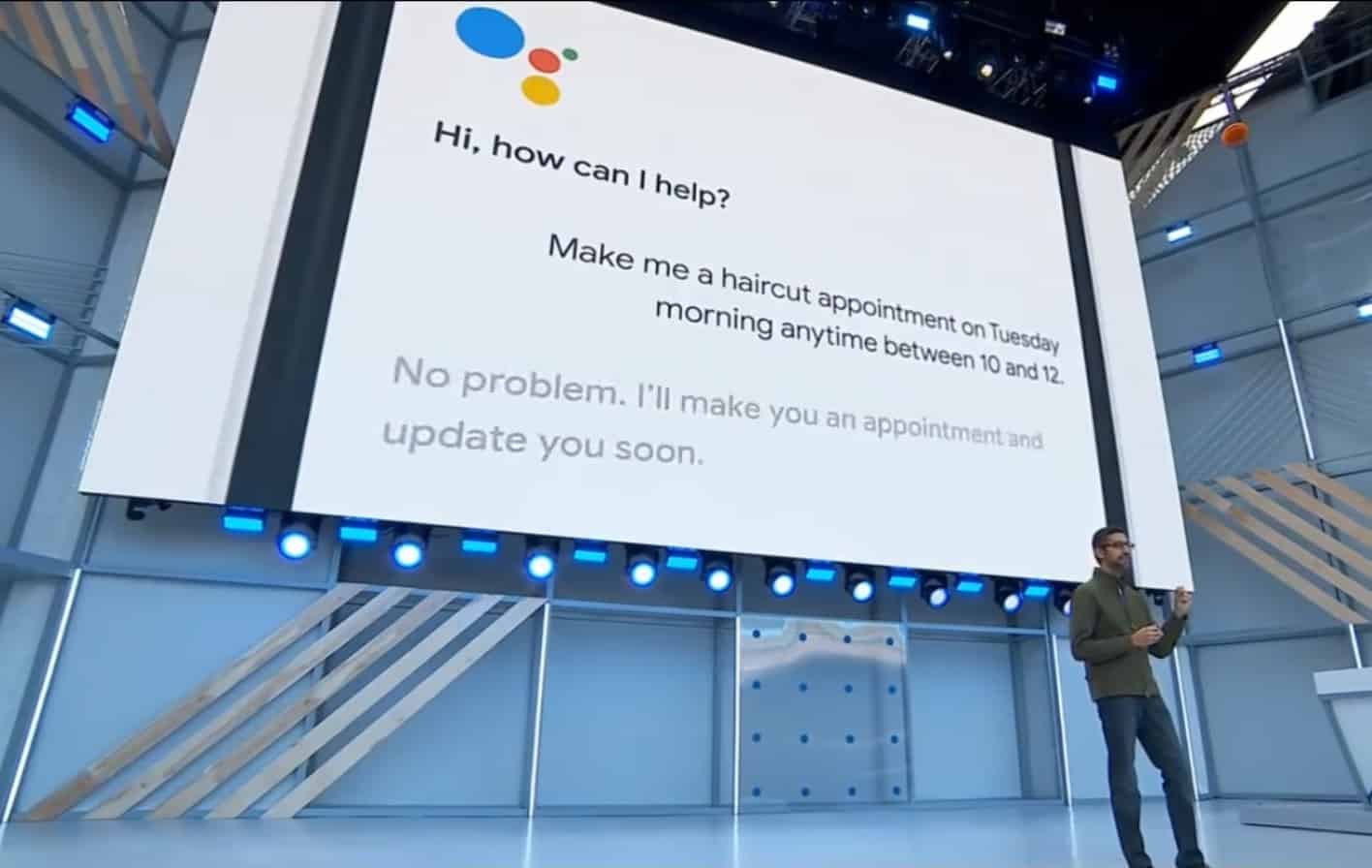 The future is closer than you may think.

At Google I/O 2018 last week, CEO Sundar Pichai presented a demo for the newest step forward for the Google Assistant.

“It turns out a big part of getting things done is making a phone call,” Pichai said to the audience. “We think AI could help with this problem.”

Google Duplex basically allows Google Assistant to make plans for you on its own. An example given was booking a hair appointment. Google Assistant will make a phone call in the background seamlessly, allowing you to go about your business.

A demo showcased a real phone call between the Assistant and a hair salon. The A.I. was able to carry on a full conversation with the hair salon employee.

The Assistant was able to change its tone based on what was being said throughout the call, and made humanlike mannerisms such as saying ‘mm-hmm” during a pause in the conversation.

After an appointment is booked a notification will be sent to the owners phone.

“The amazing thing is the Assistant can actually understand the nuances of conversation,” said Pichai.

A second demo call was then shown. The time the Assistant was supposed to book a reservation for a restaurant for four people. As it turned out the restaurant only accepted reservations for five or more people, so the employee said to just come in that day and it should be fine. The Assistant was actually able to ask when the best time to come in was and what seating was like.

This marks a huge step forward for artificial intelligence, as none so far have been able to carry a conversation this well before. The fact it is able to adapt to unexpected changes, like what happened during the restaurant booking, makes it one of the smartest A.I.s out there.

Pichai went on to explain that making the A.I. this complex required a lot of improvements to language-understanding and text-to-speech research. It still is in early development stages, and quite a few calls done for testing didn’t go as planned, but apparently the Assistant was still able to perform well.

Google has plans for this feature to make booking appointments much easier. It is believed it will save people and businesses valuable time, which can lead to better productivity.

Pichai said they want to get the user experience right before the feature is released.

Google Duplex was the highlight for many at the event, but there was more announcements made at the keynote including new features to google maps, Android P and Google self driving car service.