Another Condo is Coming to a Busy Neighbourhood in Mississauga 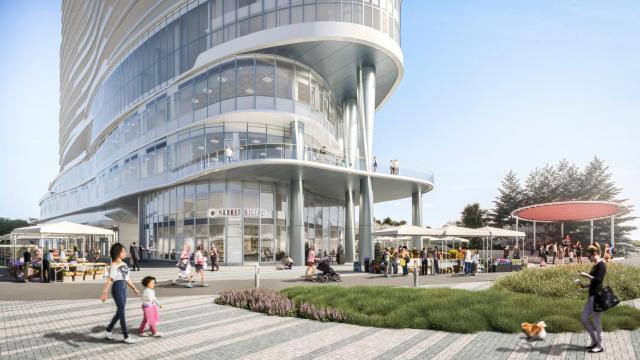 As you no doubt know, Mississauga has experienced a flurry of sparkling new condo developments that have come into the city to accommodate growth as well as to provide “affordable housing” (or at least slightly more affordable housing).

Most of that growth in high rise condos has been occurring in Mississauga City Centre in developments such as M City (adjacent to Square One). There are also high rise buildings planned along Hurontario as the LRT project begins the official construction phase in 2018.

But don’t go thinking that planners have been putting all their eggs into the City Centre basket. If you are familiar with west end Mississauga or driven through it on occasion, you will notice that there are new condos going up n the lands around Erin Mills Town Centre.

Daniels Corporation presented to Mississauga’s Planning and Development Committee (PDC) last week a proposal for a new condo development slated to go up at the northeast corner of Eglinton Avenue and Erin Mills Parkway, as seen in the map below.

The application requests the permission to build three apartment buildings with heights of 24, 25 and 36 storeys with accessory retail and commercial office use (the original electronic copy of the agenda showed the first building to be only 22 storeys). Below is an artistic rendition of the proposed 25 and 36 storey buildings: 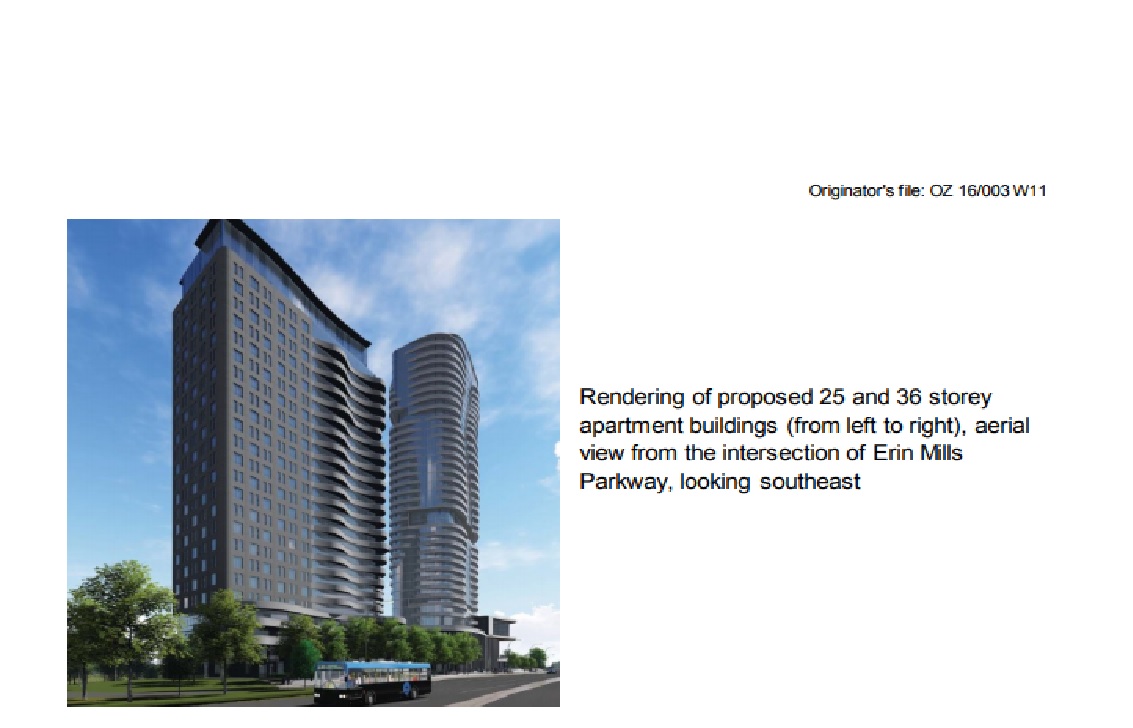 Here is another rendering: 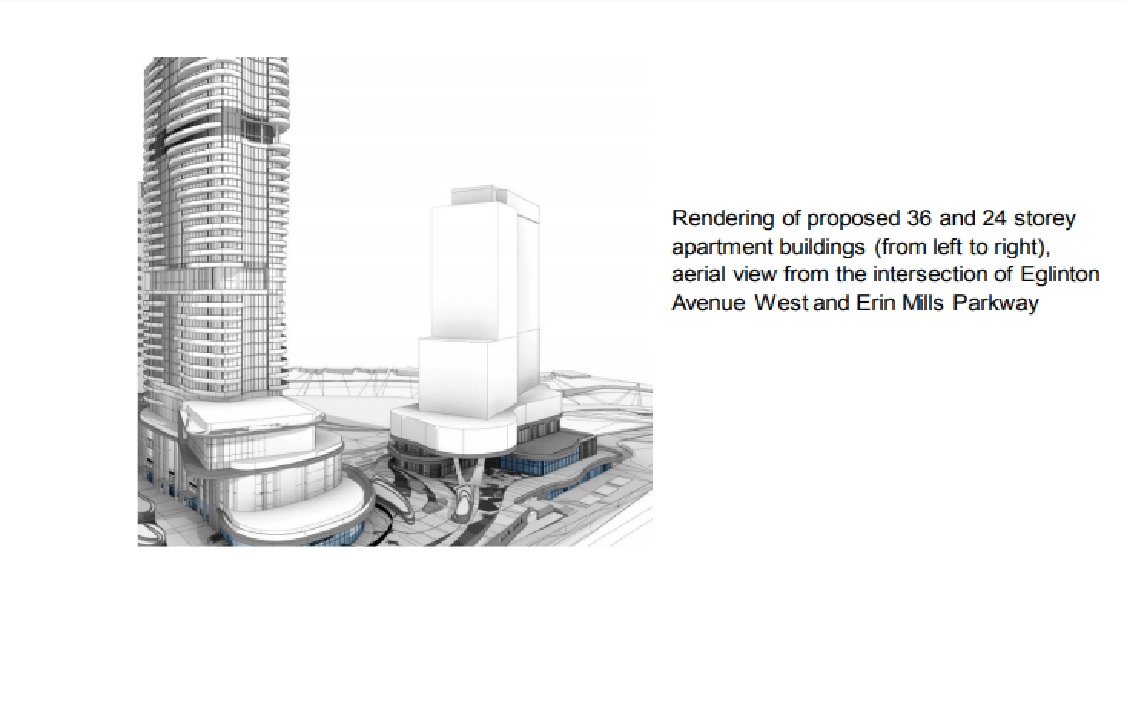 But unlike the “downtown core” of Mississauga, where there is no height restrictions for new developments (why else do you think that a number of existing structures tower over the Mississauga Civic Centre?), the area around Erin Mills Town Centre does have a height restriction of 25 storeys.

Mississauga’s Official Plan indicates that for the Erin Mills area, proposals for heights of more than 25 storeys will only be considered if the following criteria is demonstrated to the City of Mississauga’s satisfaction:

The applicant is proposing to change the current zoning to permit, in addition to the three residential buildings ranging from 24, 25 and 36 storeys:

The representative for Daniels Corporation said the 36 storeys gave the development, in his words, some “major oomph.” Ward 9 Councillor Pat Saito asked for some clarification as to how these buildings fit into the character of the community in Mississauga known as “Central Erin Mills,” which includes neighbouring Ward 8. Saito also cited concerns over the Daniels plan superseding existing plans to have more office and medical space surrounding the mall, as the office space was needed more than residential.

The other issue was the height, as 36 storeys was beyond the maximum height of 25 storeys in the area. Saito said it was a “red flag” and the Chair of PDC, Ward 11 Councillor George Carlson, said while the buildings being located near the stormwater pond were a good fit, the development was a bit overly ambitious and was hoping there would be “something more modest in scope.”

A community meeting was held by Carlson in June, and an area resident also held a community meeting later in August, which was attended by both City staff and Councillor Carlson. These were the comments and concerns raised by residents during those prior meetings before PDC.

There were some comments from two residents that gave the indication that people were content with the development if it was only the 24 and 25 storeys and not the 36 storeys. Concerned that increased traffic conditions would cause more people to take the little side streets, one woman said that Mississauga had enough iconic buildings and suggested that this area didn’t need another one.

Would this development be just as high quality if there were only two condominiums that were within the accepted height levels, or do they need that 36 storeys in their to give that “oomph” that the Daniels representative said the development brings?

Mississauga councillors voted to accept the report for further examination before making a final decision in a future planning meeting, but do you think the development should stay as it is or does it require further improvements?