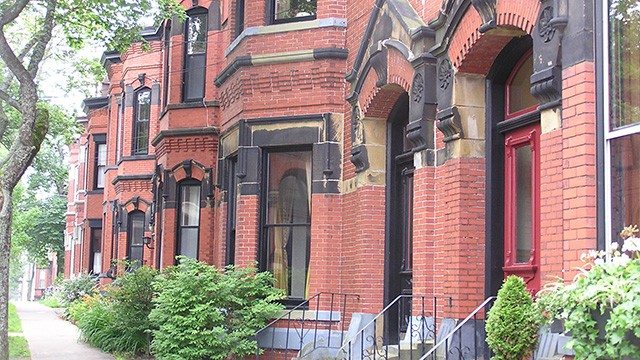 If you’re from one of Canada’s biggest municipalities, a not-so-far-away city wants you–yes, you–to pack your bags and set up shop within its quainter, quieter borders.

A few months ago, we found out that Northern Ontario is looking to recruit tired GTA residents in need of shorter commutes, less traffic and more affordable housing. Now, it looks like the mayor of Saint John, New Brunswick is attempting to lure Toronto and Vancouver residents (and almost certainly 905ers) away from their bustling cities to his neck of the woods.

“Hey Toronto and Vancouver, move to Saint John NB, we have jobs, you can buy a house for well under 200k and our commutes are measured in minutes,” wrote Mayor Don Darling in a Facebook post. “Contact me and I will share with you how much I love my city and how much we want you.”

While there are definitely perks to living in Mississauga and the GTA in general, it is true that long commutes and expensive homes are a hardship for many.

As for housing, residents aren’t likely to find houses for less than $200,000 in Mississauga. As of now, detached homes typically cost between $800,000 and $1 million and even condos are running buyers over $400,000 on average.

When it comes to rent, the situation is also better in Saint John. According to rental site Padmapper, the median rent for a one bedroom apartment sits around $745. According to data recently released by the City of Mississauga, the average rental unit costs $1,200 a month and rental inventory is low.

But while it’s hard to know if people from Mississauga and beyond will take Darling up on his offer, he’s happy to be able to toot his city’s horn–and share some local job postings

My post inviting people to move here from Toronto and Vancouver is starting to go viral. This invitation extends around the world,” Darling wrote in a follow-up post, before linking to a local job site. “We have a beautiful city, it’s friendly and you can have the quality of life you’ve been dreaming about.”

Would you leave Mississauga for New Brunswick?