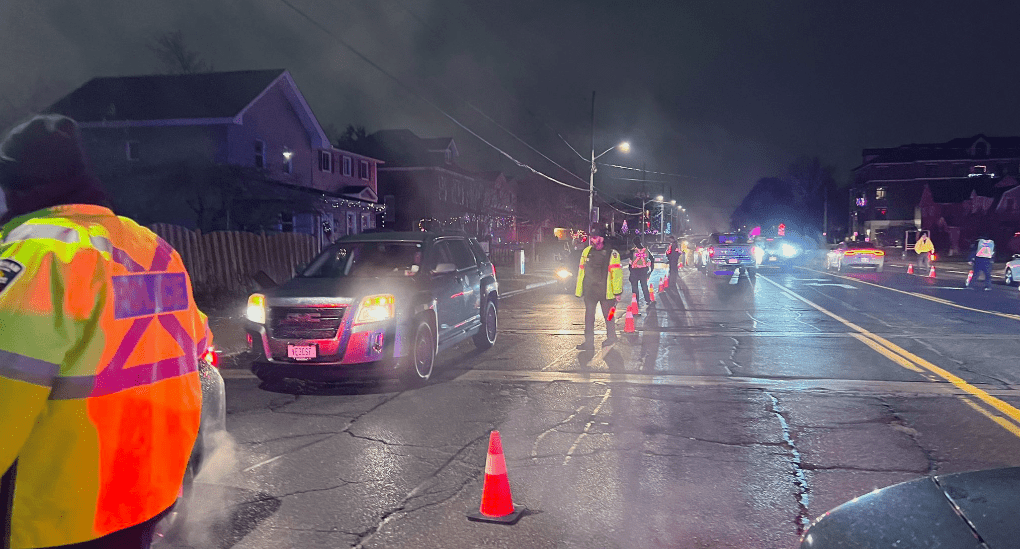 Durham Regional Police pulled another 14 impaired drivers off the road through their annual Festive RIDE program, bringing the total charged up to nearly 60 arrests so far.

Durham’s cops launched their annual Festive RIDE on November 19. The program sees police checkpoints on the roads in every municipality save Brock and Scugog.

In its fourth week, the program stopped 1,550 drivers across the region. This is a drop from the 1,753 drivers stopped last week but is slightly more than the 1,240 stops in Week Four of 2021.

Of those stops, the cops demanded a breath sample from 77 drivers, more than double the amount in the same timeframe last year. However, week one saw far more tests at 117 and week three had 41 tests.

Eight of those tested drivers ended up blowing in the WARN range on the breathalyzer, substantially more than the three last year.

Another 14 drivers were charged with impaired driving, two more than this time last year. The number charged in the program so far include;