Andreescu wins marathon to move on to quarters at Miami Open 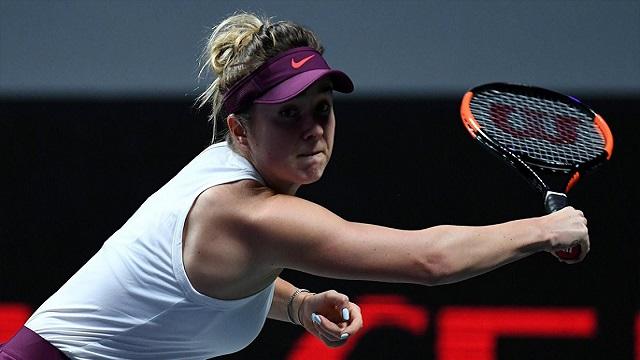 Mississauga's Bianca Andreescu fell Monday to Annet Kontaveit of Estonia in the third round of the BNP Paribas Open in Indian Wells, Calif. INSAUGA PHOTO

Mississauga’s Bianca Andreescu is pushing through at the Miami Open.

Andreescu, seeded eighth in the tournament, will now face No. 12 seed Garbine Muguruza of Spain in the quarterfinals on Monday night.

Getting there wasn’t easy for Andreescu. She struggled in the second set giving up two breaks while letting a 2-0 lead slip away.

“My game, I know that it can be better, but I’m trying to find ways to push through on my off days, and I think I’m doing that well,” the 20-year-old said on the WTA website.

Down 2-1 in the third set, Andreescu needed a medical timeout for blisters in her hand. She grabbed control of the set in the fifth game and never looked back after that.

“I’m going to do my best with treatment, best with food, best with sleep, all that stuff,” Andreescu said. “I have played tough matches like this (and) had to play the next day, so I kind of know what to expect.

“I have to be on my A-game (Monday) because I know Muguruza is very tough to play.”