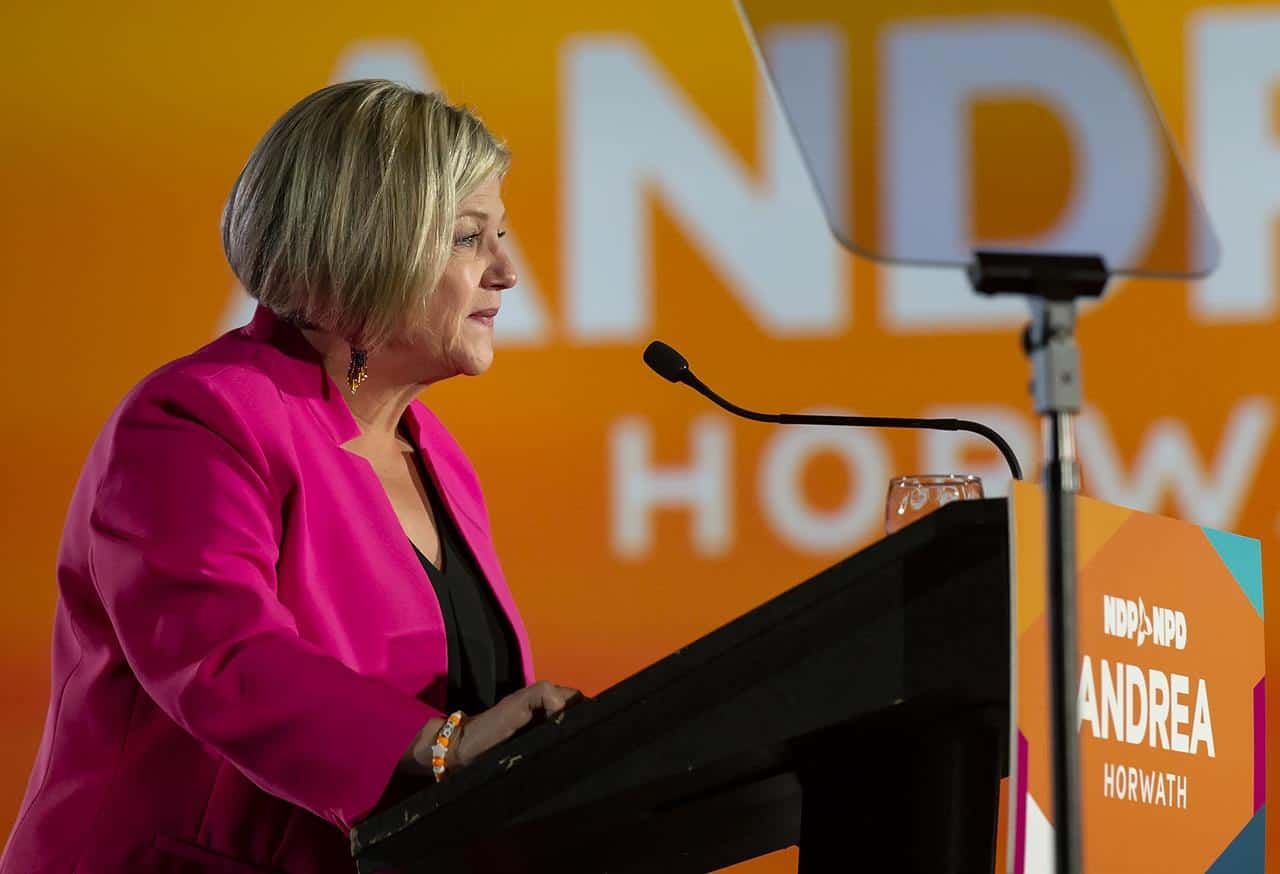 In the immediate wake of her provincial election loss in June, Andrea Horwath couldn’t muster up the energy to cook or bake – her usual ways of dealing with stress.

“I was like … I’ve got to order food in because I’m not cooking,” the former Ontario New Democrat leader says.

Instead, she spent the next week or so sleeping and reading non-political novels in what she describes as a “complete physical and mental kind of checking out.”

Despite her party securing official Opposition status for a second straight term, Horwath stepped down on election night, saying it was time to “pass the torch,” after 13 years at the helm.

“It was a very challenging four years,” says Horwath, who led the NDP through four general elections since 2009.

In the weeks that followed, she slowly found her way back into cooking and other things she loves, including spending time in her Hamilton neighbourhood, where she’s lived much of her life and served three terms on city council starting in 1997 before making the jump to provincial politics.

She would go to local markets or walk to the business district for a cappuccino to ground herself.

That’s when she started mulling over a potential run for the mayor’s seat and whether she had the energy to endure another vigorous political campaign at the municipal level.

“I didn’t want to step into something that I didn’t feel I could give my all to,” Horwath says.

Repositioning herself in the fabric of her hometown allowed Horwath to realize she had insights and experience from provincial politics that Hamilton could benefit from.

That decision culminated last week in a narrow victory of about 1,600 votes over challenger Keanin Loomis that saw her become the first woman elected mayor of Hamilton — on her 60th birthday.

“It was a tight race and I’m happy about that insofar as there was a lot of conversation, there were a lot of ideas brought to the table,” she says. “I don’t see it as a personal win so much as an opportunity to realize the potential of this city.”

Horwath describes herself as a political collaborator. Heading into the mayor’s seat, she says she wants to bring that mindset down from the provincial level – where she says she was able to find common ground with the former Liberal and current Progressive Conservative governments – to the local level.

“We can always find common ground, whether that’s more at a personal level or at a practical level, in terms of fulfilling that goal to serve people,” she says.

She credits her time as NDP leader for allowing her to see beyond Hamilton’s urban core.

“My time as a leader provincially really got me into some of the issues that Hamilton faces in communities that aren’t necessarily often thought of as part of Hamilton: rural communities, smaller-town communities,” she says.

First, she wants to address the city’s wide spectrum of housing needs, for which she’ll draw from her experience as a city councillor when she chaired the CityHousing Hamilton organization.

She also plans to address road safety and improving transportation networks, and all priorities will be looked at through a climate lens.

Horwath may also have to decide whether to make use of the province’s so-called strong mayor powers if they are expanded to Hamilton.

The province recently passed legislation giving mayors of Toronto and Ottawa veto power over bylaws that conflict with provincial priorities, such as building housing, and Ontario Premier Doug Ford has said those powers could be expanded to other cities next year.

“I am going to watch how that shakes down …. I’ve never really believed that being a steamroller over other people’s opinions or contributions is the right way to go,” she says.

“I worry a lot that the idea of the utilization of strong mayor powers (is) to further the provincial government’s agenda.”

In Hamilton, only 35 per cent of eligible voters marked their ballots on Monday, and Horwath says it’s important to address a lack of engagement among residents with their city council.

“That says something about the extent to which people are engaged at the municipal level, and yet the municipal order of government is the one that’s closest to the people and has the most direct impact,” Horwath says.

She says she understands the diversity of the city’s communities and is committed to establishing a diverse table to discuss and make recommendations to make the city more accountable, transparent and engaging.

“For Hamiltonians, we’ve had some pretty high-profile challenges or scandals in the last little while and it’s, I think, eroded some trust that needs to be rebuilt.”