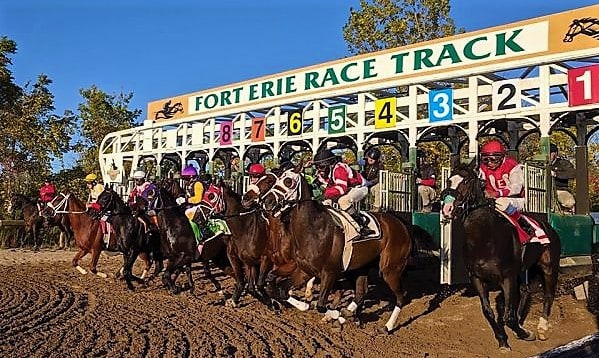 The meat in the Canadian Triple Crown sandwich at Fort Erie Racetrack now has a set date.

The 88th running of the Prince of Wales Stakes – the middle of three races that make up the Triple Crown – will take place on September 12.

Obviously, the $400,000 races is the jewel of the racing year at Fort Erie, preceded by the King’s Plate at Woodbine Racetrack and followed by the Breeders’ Stakes, also at Woodbine.

“The event is our most prestigious day at Fort Erie Racetrack,” Drew Cady, the chief operating officer of the Fort Erie Live Racing Consortium, said in a statement. “We look forward to hosting it every year and showcasing our 126-year-old racetrack to fans across North America.”

Last year, the Prince of Wales was won by Duke of Love bein ridden by jockey Justin Stein.

This will be the 126th racing season  at Fort Erie Racetrack with it opening May 23 and will run primarily Mondays and Tuesdays at a dusk post time.