Analysis Suggest 185,000 Jobs at Risk Due to Minimum Wage Increase 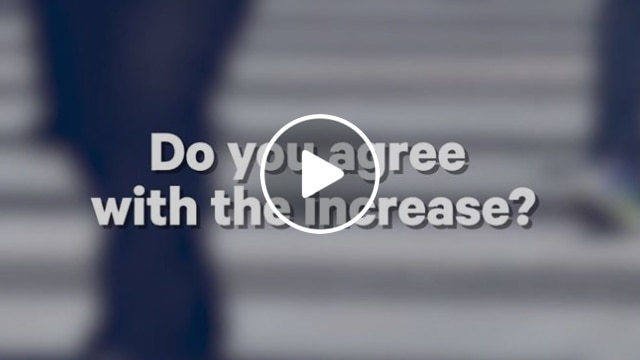 The proposed minimum wage hike has been greeted by a mix of criticism and support, with one side arguing that it’s time to provide all workers with livable wages and the other suggesting the hike will hurt small businesses and kill the very jobs minimum-wage earners depend on to survive.

Conducted by the Canadian Centre for Economic Analysis (CANCEA), the study revealed that if the legislation is implemented as currently drafted (meaning if minimum wage rises to $15 an hour come Jan 2, 2019), there will be “significant, sudden and sizable uncertainty for Ontario jobs, economy and communities.”

The study suggests that the reforms, which KOW has called unprecedented, will put approximately 185,000 jobs at risk in the first two years.

“The changes presented in Bill 148 will have dramatic unintended consequences that include putting close to two hundred thousand jobs at risk and seeing everyday consumer goods and services increase by thousands of dollars for each and every family in Ontario,” said Karl Baldauf, vice president of Policy and Government Relations at the Ontario Chamber of Commerce and spokesperson for the Keep Ontario Working Coalition. “We’ve run the numbers and it’s clear that this is too much, too soon. If the Ontario government chooses to proceed with these sweeping reforms too quickly, all of us will be affected, and the most vulnerable in our society chief among them.”

Although the legislation has support, a few big name companies have expressed concerns about its impact on their bottom lines. Recently, Loblaw and Metro both said the hike could hurt their net earnings.

Loblaw says the expected incremental impact of minimum wage hikes on labour expenses will hit approximately $190 million in 2018 and Metro–which is reportedly considering examining automation options–says the increase could impact the company to the tune of $45 to $50 million.

According to impact analysis, CANCEA was commissioned by the KOW coalition to measure the potential impacts of six key areas of change in Bill 148, including changes to minimum wages, “equal pay” provisions, vacation, scheduling, personal emergency leave (PEL) and unionization.

Data from the economic impact analysis shows the following:

“Simple accounting reveals that the Act creates a $23 billion challenge for Ontario businesses over two years. Annualized, this is 21 per cent of what Ontario businesses invest in capital,” says Paul Smetanin, president, CANCEA. “Given the significant, sudden and sizable changes it would be remiss to expect that unintended consequences would not follow.”

But while there is concern about the impact the increase will have on businesses and end consumers (some speculate prices will rise to offset the losses incurred by wage increases), other economists have argued that the hike will benefit the economy.

In this recent Maclean’s article, economist Armine Yalnizyan argues that this move could effectively help boost the economy “from the bottom up.”

That analysis does make sense, as higher wages typically translate to more spending power, potentially creating an increase in demand for goods sold by businesses who are worried about an uptick in labour costs.

If lower-income earners can spend more, the potential increase in sales could mitigate the impact of the wage increase.

It’ll be interesting to see how businesses, consumer and employees adjust should the increase go into effect as planned in 2019.

You can learn more about the CANCEA analysis here.