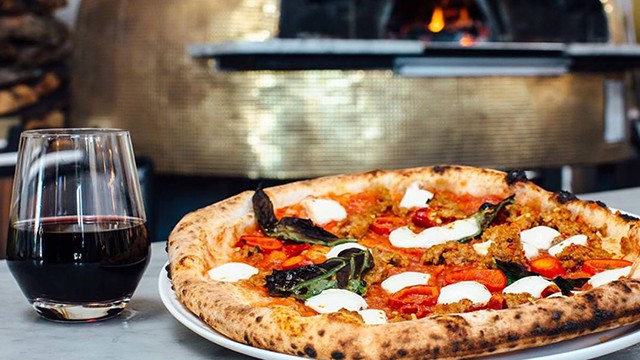 Mississauga’s food scene is always growing and expanding, and while the city has become known for its incredible ethnic food scene, it’s no slouch when it comes to attracting establishments that serve some of the world’s most beloved dishes.

And now, it looks another popular American export is coming to the city–and it’ll take shape in the up and coming Food District in Square One.

Build it by Design, a Mississauga-based contracting company that’s worked on a number of acclaimed restaurants throughout Mississauga and the GTA, recently confirmed that the MidiCi: The Neapolitan Pizza Company, will be opening a brand new location inside the shopping centre’s newest food area.

MidiCi’s Square One location will be its second in Canada. As of now, residents who want to sample the brand’s beloved pizza have to travel to the Upper Canada Mall in Newmarket to do it.

As far as MidiCi goes, the L.A.-based company says it’s all about socializing, social responsibility and, of course, pizza.

“Everything we do is motivated by our will to make the world a friendlier place, and to serve fine authentic Neapolitan pizza,” the brand’s website reads.

“We make a continued commitment to incorporating high quality non-GMO fresh and all natural ingredients. We respect and honor people, food, our planet, Mother Nature, Neapolitan tradition, and we hope to spread those values with every plate of food we serve.”

According to Build it by Design, construction should be commencing soon and the resto should be open in the spring.

The Food District itself is opening in spring 2019 and it’ll focus on offering local, handmade and high-quality foods in a setting that embraces both new- and old-world food emporiums.

With more than 34,000 sq. ft., the Food District is intended to offer residents space to meet, explore and share the love of food through tastings, cooking classes, dinner parties, book signings and other special events.

Other restaurants that are slated to open in the Food District? The Pie Commission, Sweet Jesus and La Carnita.

Will you be eating at MidiCi this spring?