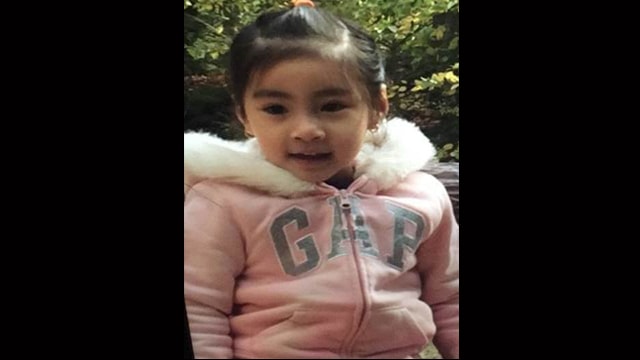 UPDATE: Toronto police recently announced that the child in question has been located in good health. Police are thanking everyone for their assistance.

An Amber Alert has been issued by Toronto Police Services after a vehicle  with a four-year-old girl inside was stolen from Jane and Lawrence area.

Christina Nyuyen was last seen at 6:00 am.

Christina Nyuyen is described as about three-feet tall with black shoulder length hair and brown eyes. She was last seen wearing a red jacket, pink pants and a white hat.

The vehicle is a 2008 black Toyota Camry, license plate BHVH 392 last seen at Jane and Lawrence.

Anyone who spots the vehicle is asked to immediately call 9-1-1.