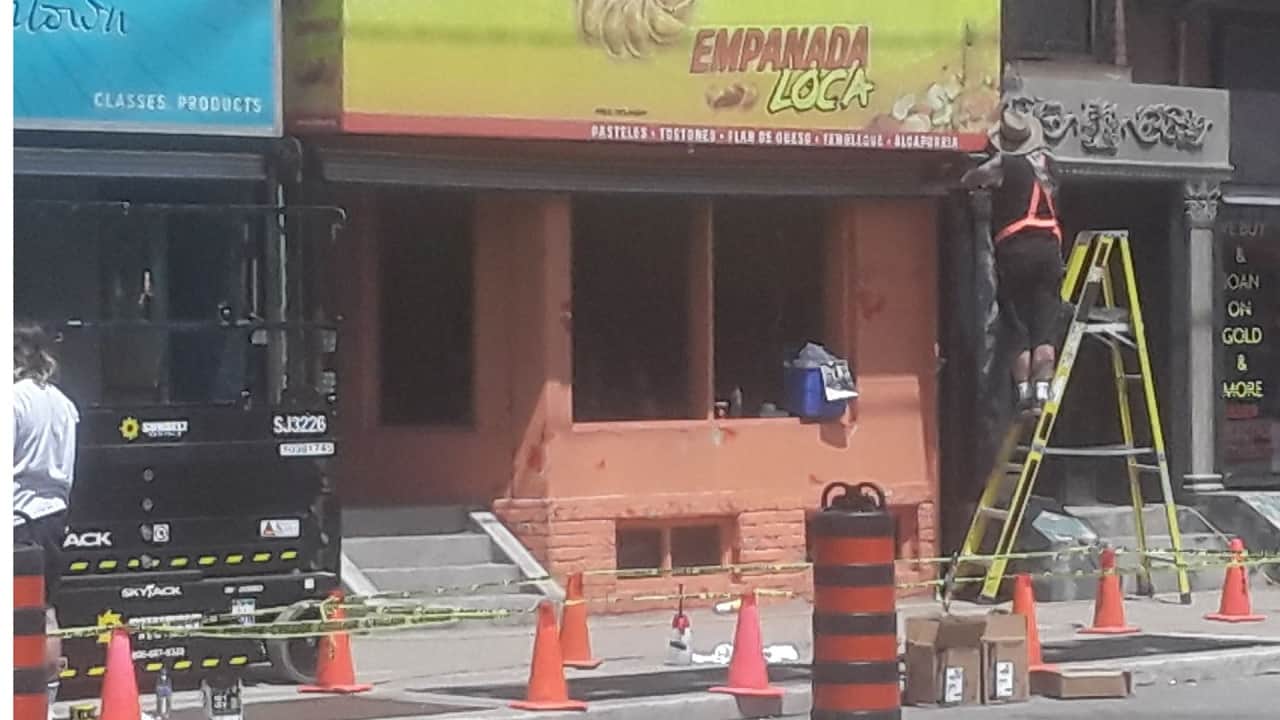 Set builders and painters are constructing outdoor sets for a horror series that will be shooting in Hamilton throughout this summer.

A span of Barton Street, and the corner of Rebecca St. and James St. North, were being transformed to stand in for the Washington Heights section of New York. The exteriors are for “The Horror of Dolores Roach.” Justina Machado, an alumna of the Netflix adaptation of “One Day At A Time,” stars in the title role. The story and characters are adapted from a Gimlet Media podcast.

The series will eventually stream on Amazon Studios (also known as Prime Video). It is a joint production of Blumhouse Television, Spotify’s Gimlet and GloNation Studios.

The series is due to start shooting in Hamilton on June 27, according to filming notices.

A string of faux storefronts are being built along the north side of Barton, with names such as Empanada Loca, Bulit and Down Dog Uptown Yoga. The location is across from St. Ann Catholic Elementary School and St. Stanislaus Kostka Roman Catholic Church.

At Rebecca and James, urban murals have been painted. 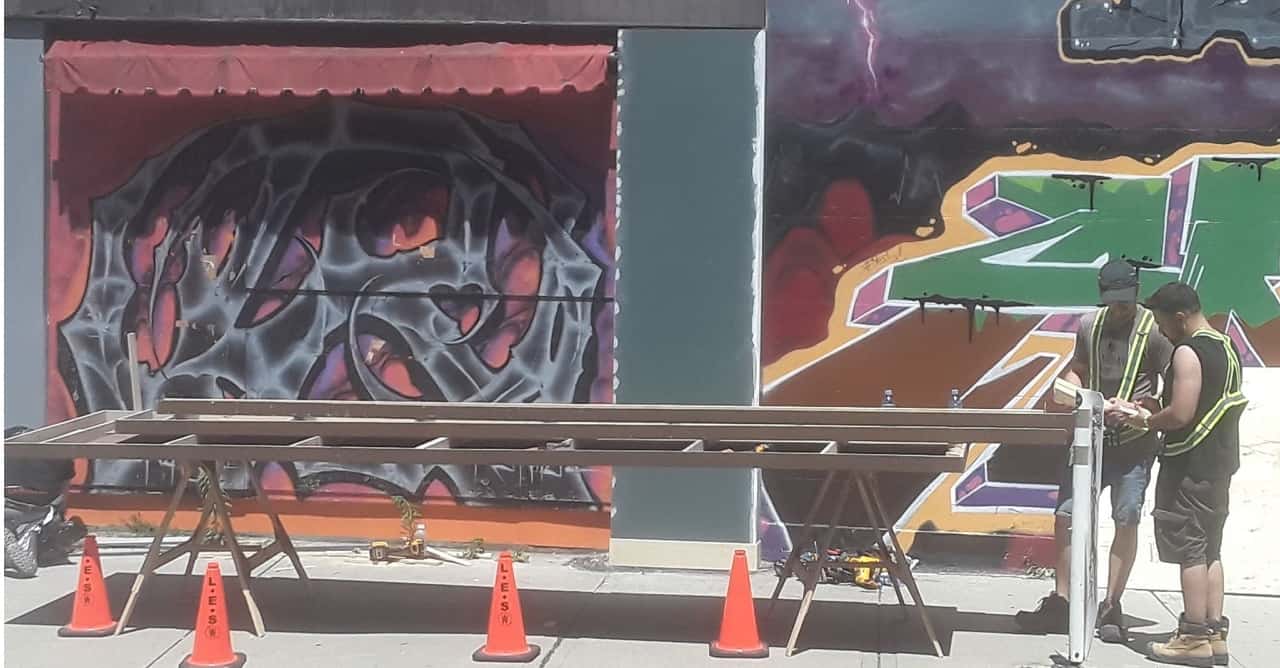 Machado’s Dolores is a former convict who struggles to rebuild her life after serving 16 years in prison. The plotting involves working as a masseuse, murderer, and shop that sells empanadas, the tasty filled turnover. If that seems vague, Deadline recently described the “Dolores Roach” series as a “grotesque Sweeney Todd-inspired tale of eat or be eaten — a macabre urban legend of love, betrayal, weed, gentrification, cannibalism and survival of the fittest.”

Aaron Mark and Dara Resnik are the series’ co-showrunners. Mark also created the original podcast and adapted it into a one-woman play.