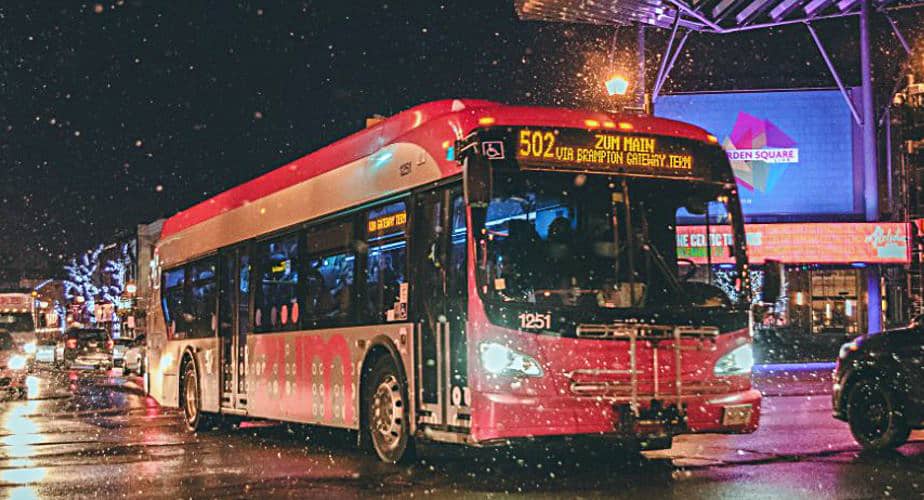 Amazon has been forced to hire its own private transportation service for workers after Brampton Transit shut down a busy bus route over the spread of COVID-19.

The largest company in the world, Amazon has two of its fulfillment centres located in southwest Brampton that have been affected by the cancelling of some buses along Steeles Ave.

The routes, mainly the 511 bus, were taken off the road yesterday after several Brampton Transit bus drivers were infected with COVID-19.

The union representing the drivers has complained about the large outbreaks of the virus at Amazon where workers rely on the Steeles buses to get to and from work.

Drivers with Brampton Transit say the buses along the route are often overcrowded with warehouse workers and are concerned that passengers have been spreading the virus.

There have been 12 confirmed cases in the past month of bus drivers along the Steeles route contracting COVID-19. Because of this outbreak, 700 workers for Brampton Transit have been tested for the virus in the past week.

Meanwhile, Amazon workers could be seen piling onto the private buses at various locations in Brampton this morning to deliver them to their jobs.

Amazon will likely have to keep doing this for awhile as Brampton Transit says the particular 511 route will be suspended for at least a week.