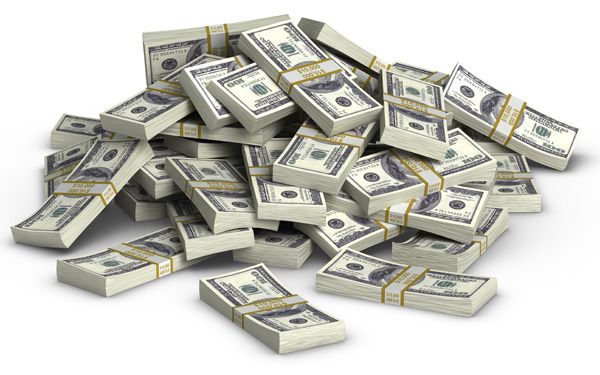 Last month, Mississauga city councillor Sue McFadden was appointed the new chair of the Peel Police Services Board during the first police board meeting of 2018. It would be fair to say she had a pretty good start, as one of the items the board dealt with was the transfer of ‘abandoned funds’ totalling $797,790 from the custody of Peel Regional Police to the police board.

Police seized the money when it was left in a suitcase at Pearson Airport last spring. In an email to inSauga.com, Robert Serpe, the executive director of the Peel Police Services Board, said there are specific guidelines on how to handle possession of unclaimed property, such as an abandoned suitcase of money.

Sections 132 and 133(3) of the Police Services Act establishes that boards have sole authority for spending the proceeds from the sale of unclaimed personal property and money found and seized by the police service. But as Chief Jennifer Evans pointed out during the board meeting, the funds will be held for seven years before becoming available to the board, to give time for anyone to come forward to claim the money.

Serpe said once the funds are released, they go into the board’s community support and recognition fund, which is also audited by an independent outside auditor. The Act stipulates that “the chief of Police may cause the property to be sold, and the board may use the proceeds for any purpose that it considers in the public interest.”

The Peel Police Board’s policies for their Community Support and Recognition Fund points out how the Board uses money that come into their possession, in the public interest,  in 4 specific areas:

Allows the police board to buy tickets or contribute donations for individuals officially representing the organization at functions such as fundraising events, as an example of demonstrating the Board’s goodwill and community involvement.

To assist members of the police service to participate in police-sponsored events, with the goal of enhancing the image of Peel police in the community and the Region.

Funding provided to projects that assist the Board and the Police in communicating to the general public information related to crime prevention, community policing or other public safety issues.

Allows flexibility to fund one-time requirements associated with Board functions, such as the sponsorship of functions at police or board-related conferences, or special meeting requirements outside of normal budgetary provisions.

However, there are limitations in the usage of the seized money now in possession by the Police Services Board, such as items that would normally be funded through the Current or Capital budget for either the Board or the police service, and will not be used to support retroactive funding of events that have already taken place.