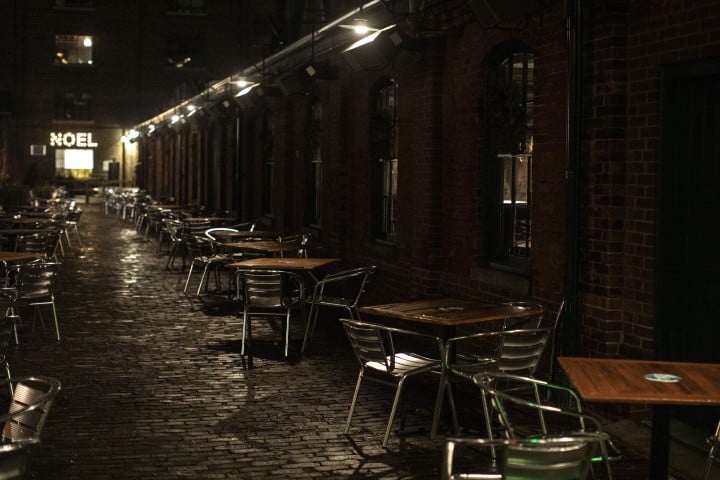 Ontario is loosening restrictions on restaurants, allowing outdoor dining in Toronto and Peel Region while increasing capacity in other regions starting Saturday.

Toronto and Peel will remain in the strictest “grey lockdown” category of Ontario’s pandemic framework, the province announced Friday, but restaurants can offer services outdoors.

Dr. David Williams, the province’s chief medical officer of health, advised people to remain vigilant despite the changes, noting that Ontario has entered a third wave of infections with more contagious variants spreading.

“While some regions are proceeding to levels with less restrictive measures and adjustments are being made to dining capacity, everyone must continue to adhere to all public health and workplace safety measures,” Williams said in a statement.

Indoor dining rooms in two other categories will be allowed to fill approximately half of their capacity with physical distancing in place under the adjusted framework.

Restaurants, bars and other food and drink establishments in regions in the second-strictest “red” category will be able to increase capacity to a maximum of 50 people indoors, up from the previous limit of 10.

Health units are placed under the “red” level if weekly case rates are at 40 per 100,000 or more, community transmission is increasing and hospital capacity is “at risk of being overwhelmed,” among other factors.

Establishments operating in “orange” zones will be able to have 100 people indoors, from a previous limit of 50.

The new rules take effect after midnight Saturday. The province said the changes are being made to support economic recovery.

Tables will be limited to members of the same household except for individuals who live alone and caregivers, but it wasn’t clear how that rule would be enforced.

Establishments must also post signage stating the maximum capacity they can operate under, the province said.

The changes come after Ontario reported 1,745 new COVID-19 cases on Friday and 10 more related deaths. More than 300 people were in intensive care and 759 hospitalized in total a day after Williams officially declared a third wave had begun.

More contagious variants linked to severe waves of infection around the world now make up about 40 per cent of cases in the province.

Dr. Nathan Stall, a physician at Mount Sinai Hospital in Toronto, said while officials have to balance difficult considerations when it comes to restrictions, it’s risky to loosen things up with variants spreading, hospitals under pressure and vaccinations not happening quickly enough to protect the most vulnerable.

“These kinds of moves … end up promoting people being mobile and gathering and having opportunities to transmit COVID-19. We’ve seen it before,” Stall said in an interview.

“This leads to predictable rise in cases and then predictable downstream impacts on our health-care system, which ultimately then lead to blunter and lengthier lockdowns.”