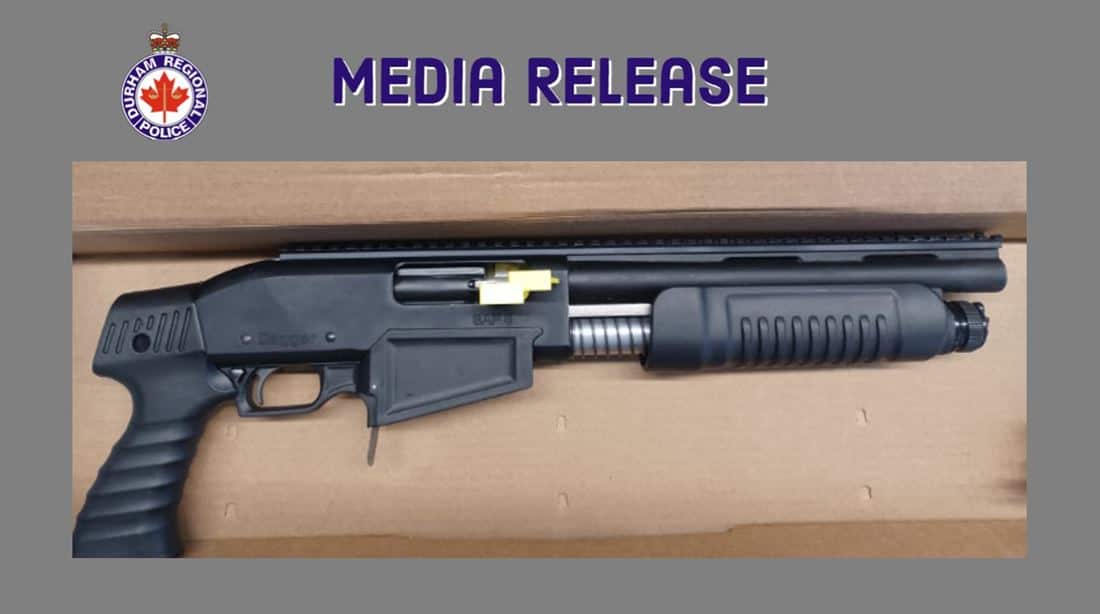 This shotgun was allegedly found in the car while the driver slept behind the wheel. - via DRPS

A man is in custody after police found a shotgun in his car while he was allegedly impaired and sleeping if off behind the wheel in Pickering early yesterday morning.

Durham Regional Police found a blue Mazda near the suburban area of Wildflower Drive and Rosebank Road. The man was allegedly sleeping behind the wheel when officer arrived.

The cops arrested the man and seized a shotgun and ammunition from the car.

Crawford will remain in custody until a bail hearing.