Alleged Toronto serial killer Bruce McArthur, who has been accused of killing seven men, has been charged with first degree murder in connection with the death of 42-year-old Brampton man Abdulbasir Faizi.

Faizi's disappearance was reported to Peel Regional Police on Dec. 29, 2010. Media reports indicate that Faizi was last seen leaving his Mississauga workplace at 7:00 p.m. on Dec. 28, 2010. A week later, his vehicle was found in the St. Clair Avenue and Mount Pleasant Road area in Toronto.

Since January 2018, 66-year-old Toronto landscaper McArthur has been charged with six counts of first-degree murder. He was charged in connection with Faizi's death on April 11.

It is alleged that the accused is responsible for the deaths of Selim Esen, Andrew Kinsman, Majeed Kayhan, Dean Lisowick, Soroush Mahmudi and Skandaraj Navaratnam.

Police believe the accused, who is alleged to have been targeting men in Toronto's Church and Wellesley area, is responsible for more deaths.

Since February 2018, Toronto police have been working in partnership with the Centre of Forensic Sciences to identify the remains of at least seven bodies. The remains of Kinsman, Mahmudi and Navaratnam have been positively identified.

As of yesterday (April 11), police say the remains of Esen, Faizi and Lisowick have also been identified.

Police are working to identify the last set of remains.

Since McArthur's arrest, police have been scouring properties that McArthur worked on as a landscaper and have reportedly discovered the dismembered human remains of multiple victims in planters.

On March 5, 2018, investigators released a photograph of a deceased man for the purpose of identifying him. More than 70 potential identities were submitted to police; 22 are still being considered but, so far, no identification has been made. 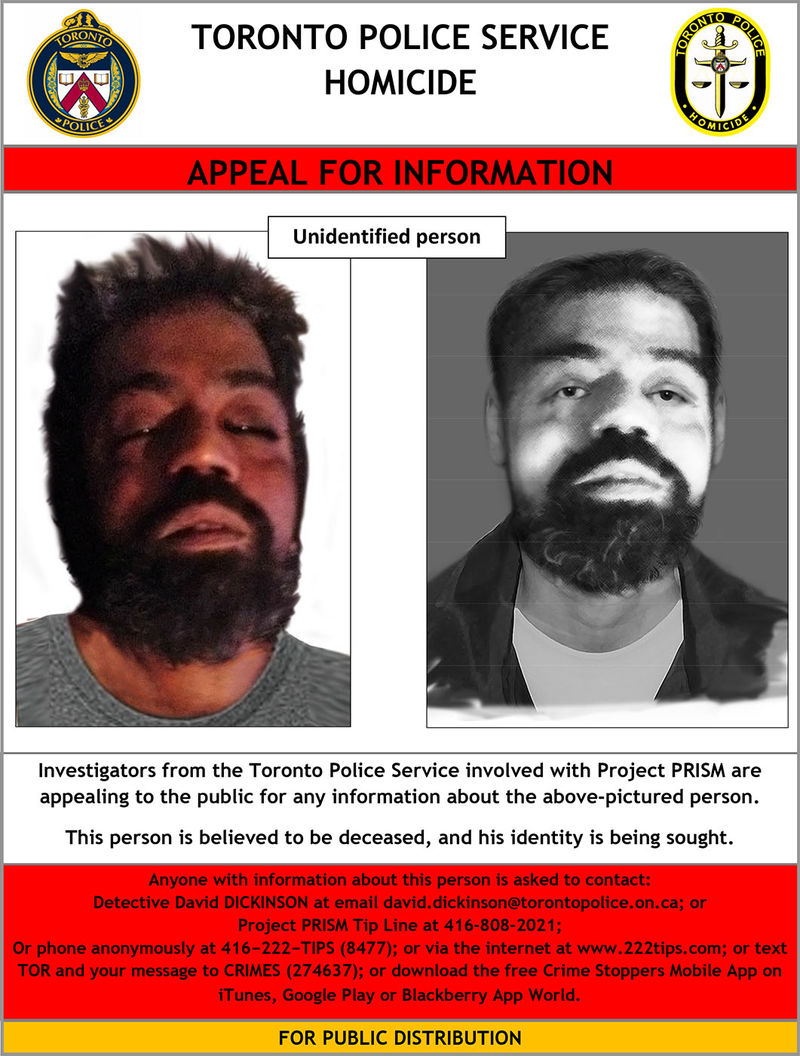 Toronto police have also created an information pamphlet for the community. Hard copies can be requested by calling LGBTQ Liaison Officer Constable Danielle Bottineau at 416-808-7263.

Here’s when Marshalls will officially open at Erin Mills Town Centre in Mississauga
Mississauga might still be in lockdown—and will remain shuttered until at least March 8—but some stores are still opening in some of the city's most popular shopping centres.
END_OF_DOCUMENT_TOKEN_TO_BE_REPLACED