Only three months after a devastating fire swept through the historic Hernder Estate Wine facilities, the producers of “Winesday: the Musical + Wine Tasting” just announced a fully Niagara-based cast and crew for the performance run.

With book and lyrics by Jenne Wason and music by Joseph Benoit, the musical follows the journey of five wine-drinking women who get together every Wednesday night. Theoretically, they’re meeting for book club or yoga but in reality, they just want to drink wine and talk about their lives.

The cast includes Tamera Broczkowski as Jess, Nicole Cino as Molly, Victoria Kyoko as Vanessa, Melissa Penner as Winter, Adrianne Polito as Sammie and Alex Titei as the Wine Steward.

Performances, the first public events at Hernder since the fire, will take place in the Luna Lounge, a space at the winery that was spared from the blaze. This production is Canada’s only wine-themed musical, produced by one of North America’s only all-female theatre production companies.

“We can’t wait for Winesday: the Musical to open at Hernder,” says Angel Fusarelli, Manager of Hernder Estate Wines. “It’s been such a challenging few months, and seeing these actors rehearsing in the space that was spared from the fire is so heart-warming as we begin to rebuild.”

The theatre company itself is similarly pumped for the show and its all-Niagara cast.

“We could not be more excited about this cast and crew for our Niagara production,” says Alysson Storey, co-founder of Five Cork Productions.

“The experience, talent and enthusiasm our actors and crew have for this show is inspiring. They work beautifully together and it’s just the icing on the cake that they are all Niagara-based, since this show is all about supporting and celebrating local.”

Tickets are now on sale and if you want to purchase, visit HERE. 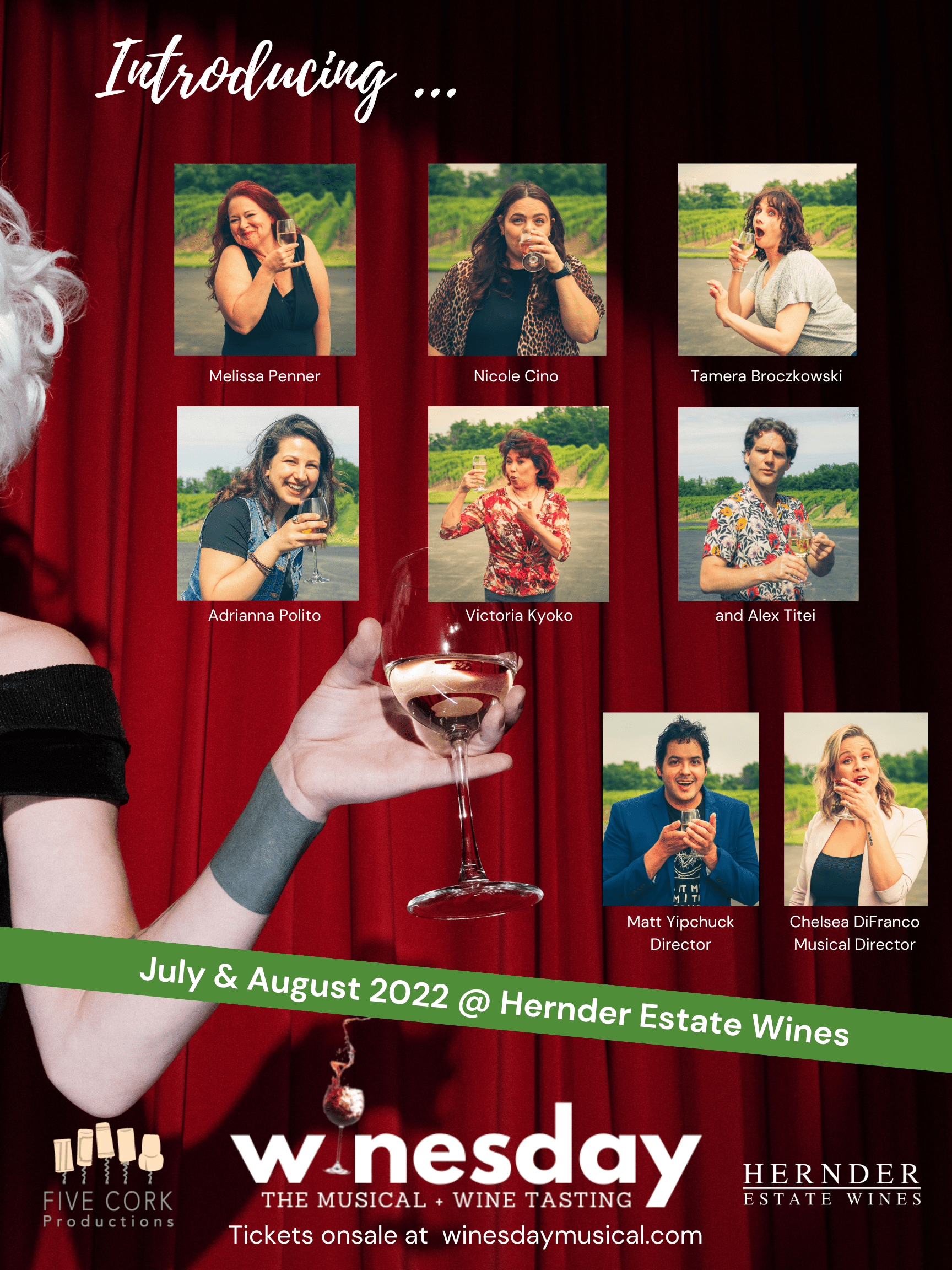