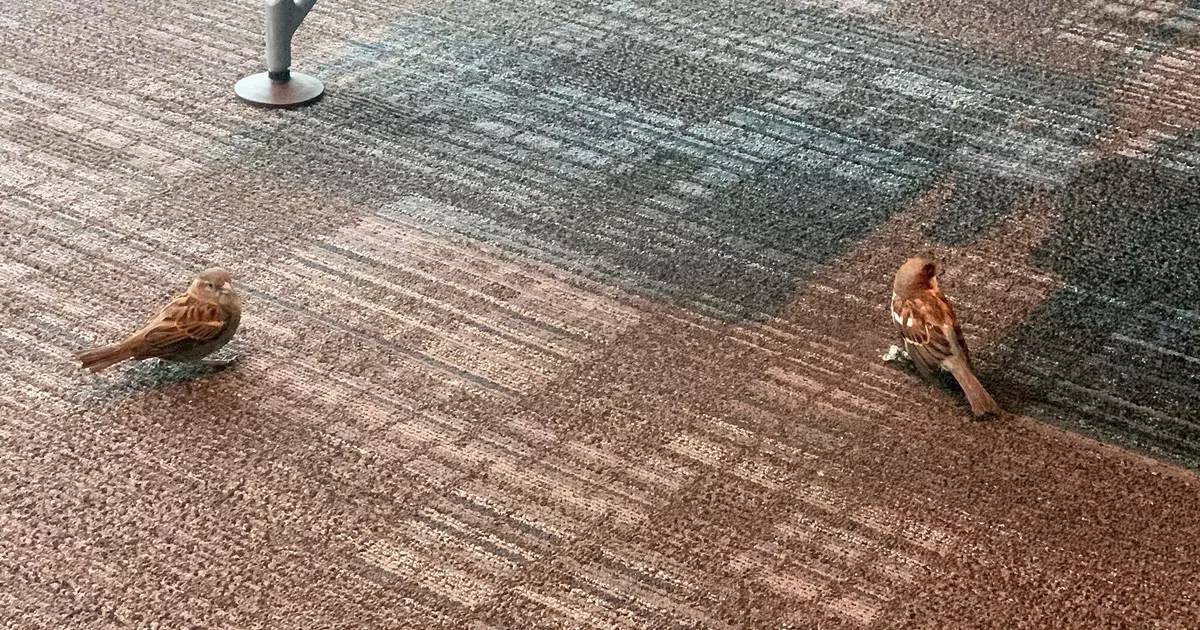 It's not unusual to see a few birds flying around the inside of one of the terminals at Pearson Airport in Mississauga. The birds are quickly and safely captured and released back outside. (Photo: Pearson Airport)

Large passenger aircraft, private jets and cargo planes aren’t the only things with wings flying around Pearson Airport in Mississauga.

Of course, dozens of species of birds make the airport and nearby Etobicoke Creek their home as well, but sometimes they take a wrong turn and end up inside one of Pearson’s terminals.

Most often, the winged creatures find their way inside the airport through one of Pearson’s many sliding doors. They come, mostly around spring, in search of food and areas to nest, according to airport officials.

The birds can startle travellers who are more focused on flight schedules and their luggage, but not to worry, airport officials say—we’re not talking about anything even remotely resembling a scene from Alfred Hitchcock’s The Birds.

It’s a bird… It’s a plane… It’s… actually a bird? That’s right—sometimes birds make their way into our terminals. But not to worry, we have an innovative wildlife management program that gets our feathered friends back to the great outdoors. 🐦 https://t.co/OdZhVyvIzb pic.twitter.com/tvu2ZVjW06

Travellers who spot birds indoors are asked to call 416-AIRPORT and Pearson officials will dispatch their wildlife control officers to safely capture the creatures and then release them outdoors at a safe location.

Once inside the buildings at Canada’s largest and busiest airport, the birds can find it “a little tricky” to find their way out, Pearson officials say.

“We will be able to get that bird and all other birds back outside where they belong. Whether indoors or outdoors, Pearson has implemented one of the most comprehensive and innovative wildlife management programs of its kind in Canada,” the airport says.

Through ethical trapping, Pearson wildlife control officers will capture and return the birds to the great outdoors. The officers manage wildlife at Pearson through habitat manipulation, ethical trapping and falconing, where falcons are used to help naturally control birds.

Airport officials say those who spot a bird inside one of the terminals can also tweet Pearson Airport with details of the sighting.