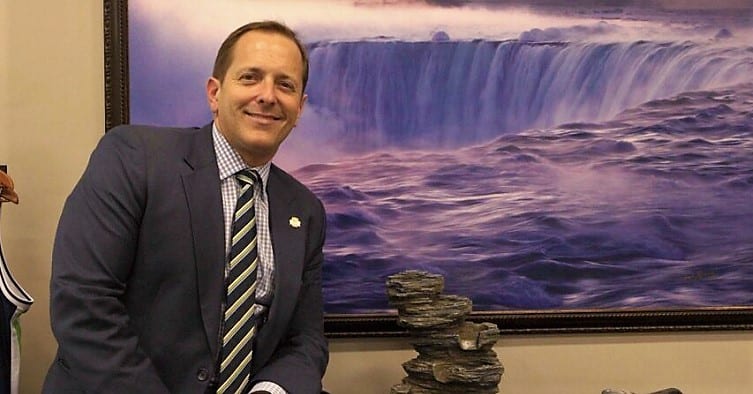 St. Catharines Mayor Walter Sendzik let residents know back in May that he would not be seeking a third term, the clock was ticking on the other 11 mayors in Niagara Region’s 12 municipalities as none of them had thrown their hats in the ring yet.

At this point two months later, all of them have stepped up and declared their candidacy.

Niagara Falls Mayor Jim Diodati will be running for an unprecedented fourth term, looking to break the previous 12-year record of former mayor Wayne Thomson, who held the position from 1991 to 2003. Prior to Thomson, no one had held the position for more than six years.

With a little more than two weeks left to register – August 19 at 2 pm is the last day – Diodati has the most challengers with three – Roland Weeks, Joe White and Sandra Marie MacKinnon.

However, at this point, half the incumbent mayors are running with challengers, though a lot can change in two weeks.

The balance do have challengers for their mayoral seats. Fort Erie Mayor Wayne Redekop, running for a third consecutive term, has two registered opponent so far in Peter Taras and Daniel Leo Favero.

All looking to win second terms are Niagara-on-the-Lake’s Betty Disero, who is being opposed by Gary Zalepa, Grimsby’s Jeff Jordan has John Dunstall running against him while West Lincoln’s Dave Bylsma is being challenged by fellow West Lincoln councillor Cheryl Ganann.

At this moment, St. Catharines Regional Councillor Mat Siscoe has thrown his hat in the ring for mayor but has no opponents as of yet.