All Aeropostale Locations Closing Including the Two in Mississauga 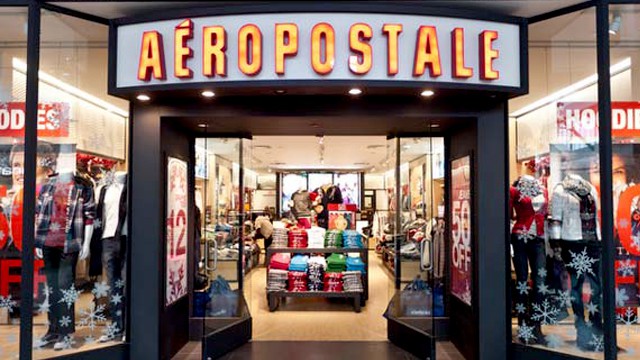 All Aeropostale Locations Closing including the Two in Mississauga

Sad news for those of you who do your clothes shopping at Aeropostale.

The company has filed for bankruptcy protection and will be closing all 41 of its stores in Canada, according to a recent Toronto Star article.

For Mississauga citizens, this means saying farewell to our two Aeropostales at Square One and Dixie Outlet Mall.

The New York-based retailer will start its going-out-of-business sales on Monday, May 9. The company did not mention any details on sales prices, when the stores will be closing, or how many jobs will be affected by this action.

According to Maureen Atkinson, a retail consultant who spoke to The Canadian Press about the company’s downfall, Aeropostale has faced stiff competition in Canada.

“They’ve always been at the low end of the price segment,” said Atkinson, criticizing the clothes vendor for its supposed lack of quality. “They really weren’t great stores and they weren’t really compelling. They didn’t have a personality.”

Aeropostale is only one of several retailers who have struggled to compete with online clothing vendors, as well as meet the ever-changing demands of teenagers, who are the store’s target consumers.

Businesses such as Mexx, Danier Leather and Jacob have faced similar fates and were forced to reduce their operations in Canada, if not completely shut them down.

“The teen apparel space is obviously very difficult, very competitive when things were great,” said senior retail analyst Simeon Siegel, as reported by The Star. “And over the last few years, things haven’t been great.”

So where will the company go from here? Aeropostale has said that it plans to emerge from its current situation as a standalone enterprise with fewer stores and increased operating efficiencies.

Julian Geiger, chief executive at Aeropostale, said the company has “chosen to take more decisive and aggressive action to create a leaner, more efficient business that is well-positioned to compete and succeed in today’s retail environment.”

Meanwhile, on the American side of things, the company will be closing 113 of its 739 locations in the U.S. Their sales will begin this weekend.