Alex the Great: Forge FC Hamilton’s Achinioti-Jönsson up for Player of the Year 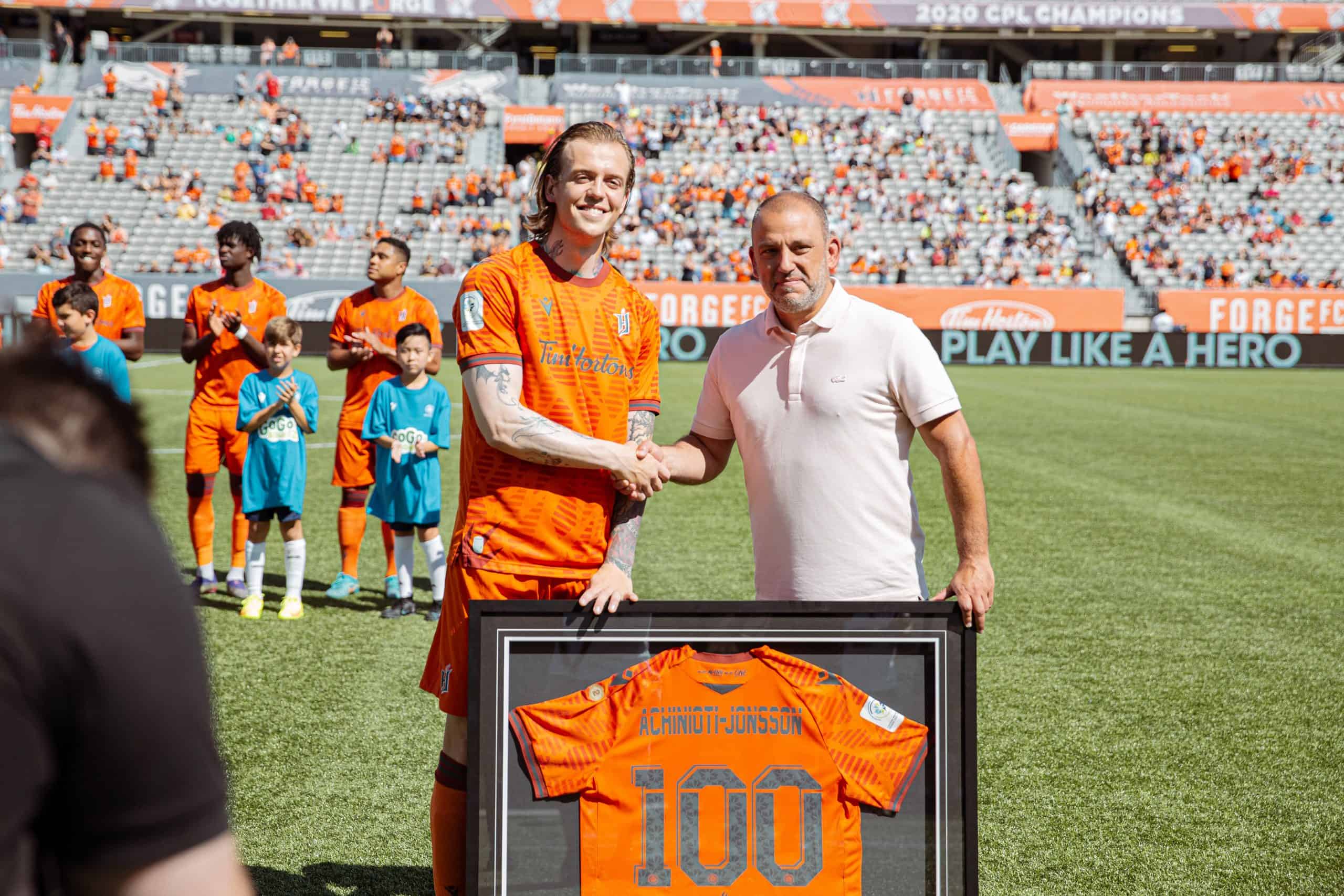 One of the OG members of the Hamilton soccer club, Achinioti-Jönsson was asked by coaches to switch from his usual defensive midfielder position to centre-back to start the year as Forge compensated for back-line injuries.

To say he hasn’t looked out of place would be an understatement.

Already nominated for Defender of the Year, the 26-year-old Swede was announced Thursday as one of the finalists for Player of the Year, honouring the best player during the 2022 CPL regular season.

An integral part of our club since the inaugural year, and one of the best defensive midfielders in the league.

Achinioti-Jönsson was the linchpin in a Forge defensive unit that conceded the fewest goals (25) of any CPL club during the regular season. His distribution skills, passing accuracy, and aerial presence also contributed to Forge compiling a league-leading 47 goals through 28 matches.

He celebrated making his 100th appearance for Forge this season, and led the league with 1,996 passes. 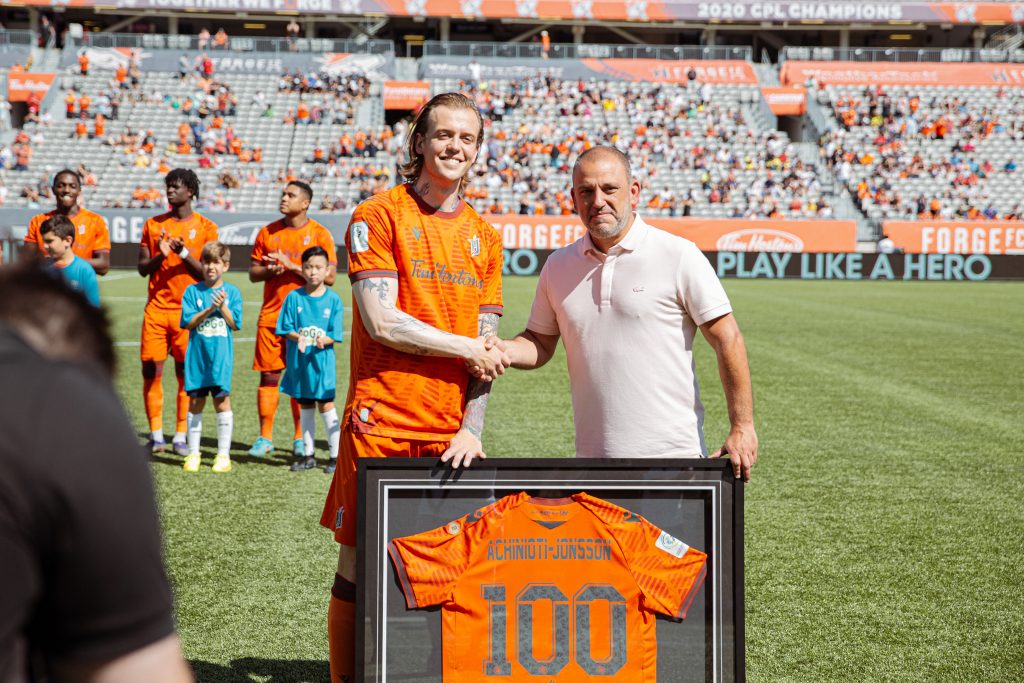 Achinioti-Jönsson’s nine blocks, 29 interceptions, 49 clearances, and 31 aerial duals won were the most by any Forge player during the regular season.

Forge hosts Cavalry FC on Sunday in the second leg of their semi-final after the two sides played to a 1-all draw in the first leg in Calgary.

The award will be voted on by select media members, with the winner revealed at an in-person ceremony during the league’s 2022 Finals Weekend.

The winner of the Player of the Year award will receive a unique piece of Inuit soapstone art carved by artist Pitseolak Qimirpik. The Nikisuittuq statue is a type of inukshuk, a stone landmark built to lead a traveller home.

“Its top stone points toward the North Star, making it an important landmark in navigation,” according to the CPL.

The in-person CPL awards ceremony will be held ahead of the league’s playoff championship match, to be played the weekend of either Oct. 29 or Oct. 30. The highest-seeded team to reach the playoff final will earn the right to host the championship match.

For Forge to host the CPL Final in Hamilton, they will need to beat Cavalry on Sunday, and Pacific will have to beat Atletico Ottawa by three-or-more goals in the other semi-final.