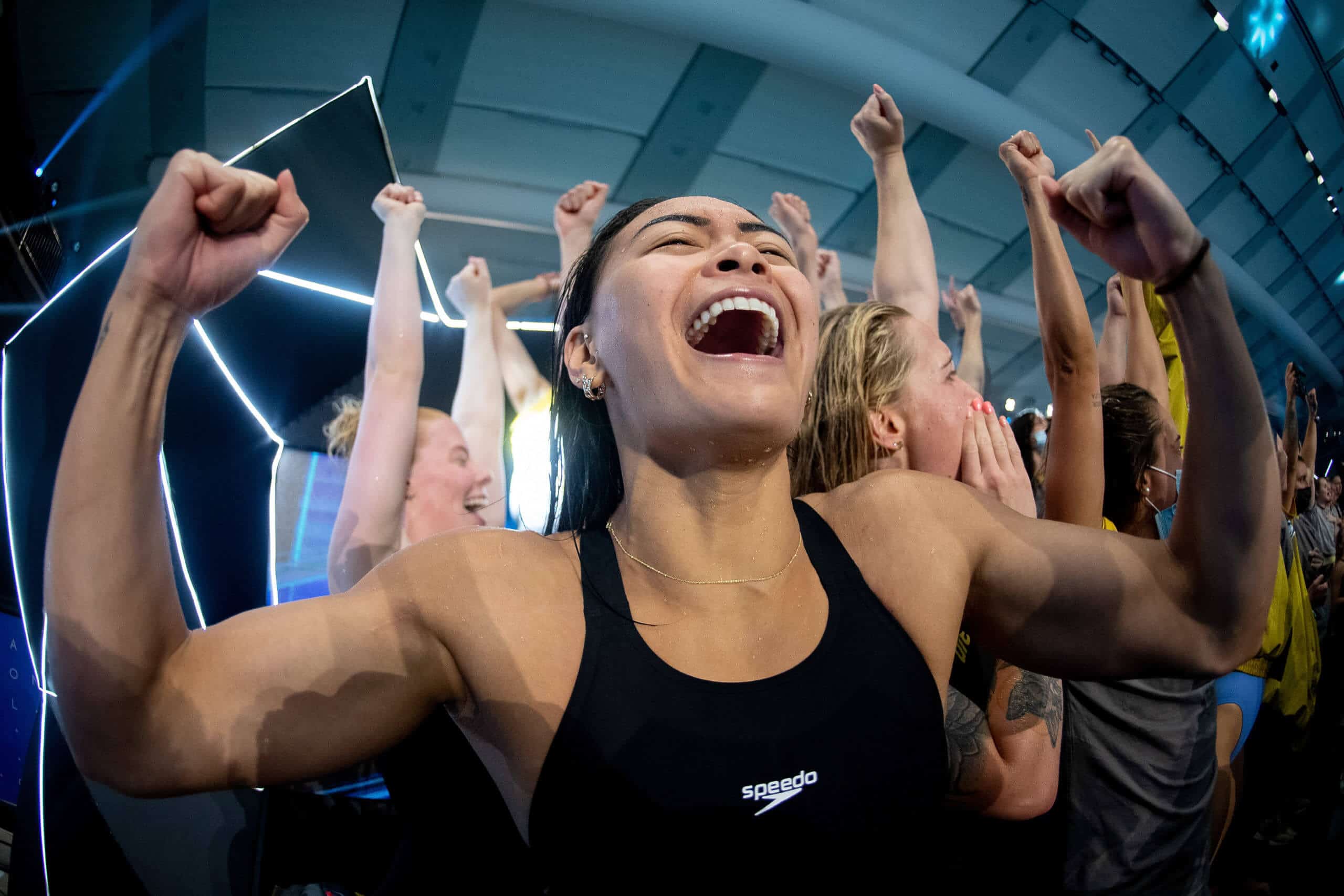 The 21-year-old swam the leadoff leg for Canada in a silver-medal effort last summer in Tokyo in the 4 x 100 freestyle relay.

She also helped Canada take bronze in the medley relay by swimming the heats.

Swimming Canada granted Sanchez her release after the world championship.

“I’ve always been really proud of my Filipino heritage,” Sanchez said Thursday in a statement from Swimming Canada.

“Aside from how much I’ve grown and how good everything has been in Canada, I needed to make this really difficult decision for myself and my family to take this opportunity to represent the Philippines. I want to help inspire people that are like me to swim and get into the sport.”

Sanchez was born to Filipino parents in Singapore but grew up in Toronto.

She started training at the Ontario high-performance centre in Scarborough in 2016. She has been a member of the Canadian team since 2017.

“Kayla has been a great team member, centre member and swimmer for Canada and we will miss her,” Swimming Canada’s high-performance director and national coach John Atkinson said in the statement.

“She brought such a positive energy to our teams, as well as great swimming. Our loss will be the Philippines’ gain, but we support her in this transition as it is the direction she wishes to follow for personal and family reasons. We sincerely wish her nothing but the best in her future swimming.”

Sanchez said she’s grateful for everything Canada has done for her swimming career.

“I wouldn’t be the athlete I am today without the support and how much I grew and learned,” she said.

“It’s just a point in my life where it’s time for a change. I am stepping into a new point in my swim career where I can start to focus on myself and at the same time I’m hoping to help people in the Philippines.”

Canada’s powerhouse women’s relay teams will be without Sanchez, as well as Taylor Ruck and Penny Oleksiak who have opted out to prepare for next season, for the Commonwealth Games opening July 29 in Birmingham, England.

with files from Glenn Hendry