Ajax’s ex-mayor Parish will not be an NDP candidate, says Horwath 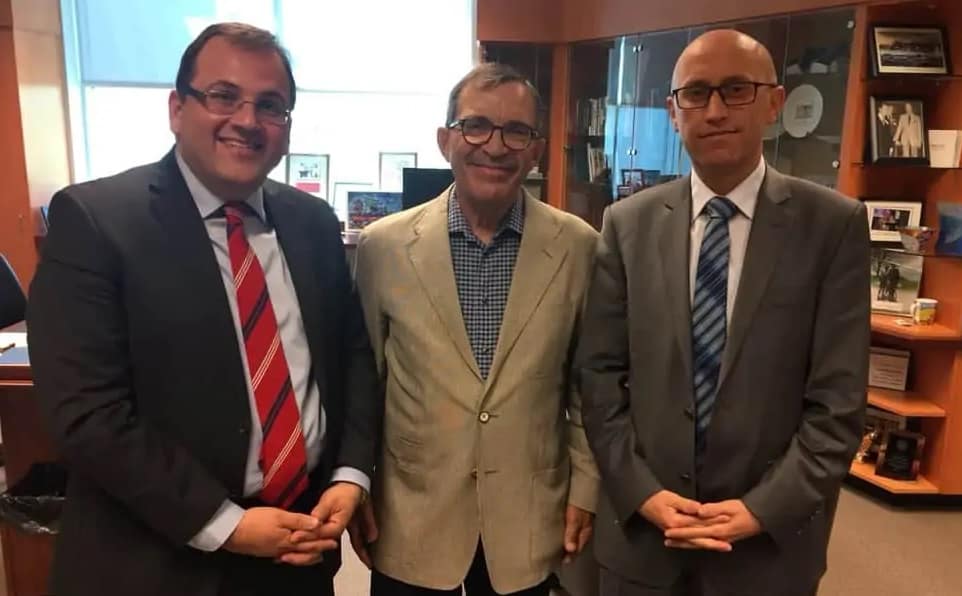 Former Ajax mayor Steve Parish proved to be up a creek without a paddle, when it came to a simmering controversy over naming a street after a Nazi naval officer.

Ontario New Democratic Party Leader Andrea Horwath announced Monday (Jan. 31) that although her party has “confidence that Mr. Parish does not hold antisemitic views,” he will not be the NDP’s candidate in Ajax in the Ontario election in June. The riding has already had a chaotic month, since MPP Rod Phillips has resigned as minister of long-term care in the Ontario PC Party government, under Premier Doug Ford.

Horwath said Parish had not shown why naming a street after a German naval officer was harmful.

“Our party is committed to naming and correcting injustice, and vowing to do better — and as a candidate he has not met the mark,” Horwath stated.

“Specifically, Mr. Parish has not denounced the decision to have a street named after a high-ranking German officer in the Second World War. Perhaps most importantly he has not demonstrated that he understands why that is harmful.

“I want to thank the grassroots New Democrats, community members and Jewish leaders who took time to meet with me to discuss this issue. Their counsel has been invaluable in arriving at this decision.

“Our party is actively committed to being anti-racist, and that means taking action to tackle antisemitism. Our candidate team must be one that Ontario trusts to be leaders in the fight against antisemitism, and hate in all its forms — whether that’s in a synagogue in Texas or on the streets of Ottawa. Today, that means acknowledging and apologizing for our own mistakes, committing to do better, and moving forward.”

Over 6 million European Jews — two-thirds of the continent’s Jewish population — were systematically murdered by Adolf Hitler’s Nazi regime between 1941 and ’45.

During the 12-year Nazi regime, Canada also accepted fewer Jewish refugees than any other western nation. Most infamously, in 1939, Canada turned away the German liner the MS St Louis, which was carrying more than 900 Jewish refugees who were fleeing persecution. The refugees were also turned away by Cuba and the United States. More than out of four of those refugees, 254 in all, later died in Nazi concentration camps.

In 2018, Prime Minister Justin Trudeau offered an apology in Parliament for the decision that doomed hundreds of people.

As chronicled at InDurham, in 2007 — roughly the middle of Parish’s 23-year tenure as mayor of Ajax — the town named a street Langsdorff Drive. The namesake, Capt. Hans Langsdorff, who commanded the Admiral Graf Spee warship in The Battle of the River Plate in the south Atlantic Ocean during the first months of the Second World War in 1939.

One of the vessels that cornered the Graf Spee was HMS Ajax, which inspired the name of the town itself. Its leader, Admiral Sir Henry Harwood, is also the namesake of a street in Ajax.

The decision in ’07 was unanimously approved by Town of Ajax council, and a ceremony was attended by Langsdroff’s daughter.

In 2021, the street was again renamed, this time after V.G. Croker, and Allied seaman who died in the same battle.

Last week, Parish apologized for any pain that the ’07 street-naming decision might have caused the Jewish community.

“I am profoundly and completely sorry and I offer my complete, unconditional and most sincere apology,” he said.

Parish accepted the nomination three weeks ago and was seen as a star candidate in Ajax. At that time, he said his major reasons for running were protections for the Carruther’s Creek headwaters, COVID-19 in schools and deficiencies in long-term care, where thousands of Ontario elders have died during the pandemic.

That last priority could have pointed right at Phillips, who took over as the LTC minister in mid-2021. But just days later, Phillips resigned his cabinet post and said he would step down as MPP in February.

The riding had a three-way race in 2018. Phillips, with 39.05 per cent support, won the seat for the PCs by an eight-point margin against NDP hopeful Monique Hughes and a 13-point spread over Liberal incumbent Joe Dickson.

Previously, the riding was Ajax—Pickering, and Dickson won three times in a row. His smallest margin was by 11.8 points in 2011.