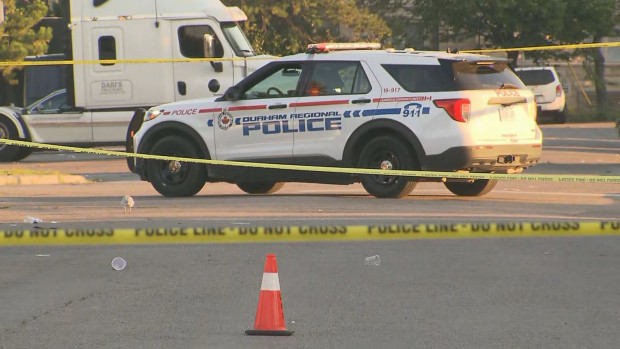 An arrest was made months after a drive-by shooting at an Ajax restaurant that injured seven people.

Durham Region police had been investigating the shooting since August. On the first of that month shortly after 1:30 a.m. a car rolled past the rear of Dams Foods on Harwood Ave and opened fire.

When officers responded to the shooting they found five people suffering gunshot wounds. A sixth victim later turned up at a Toronto hospital and a seventh came forward a few days later.

Two of the victims were found in life-threatening conditions and later stabilized.

Investigators later learned Dams Foods had been throwing a customer appreciation bash, during which one of the patrons got into an argument with other customers. Police believed the patron left the restaurant only to return hours later for the drive-by.

Nearly two months later, on September 28, police released surveillance footage of the shooting. The video shows a four-door sedan entering the Dams Foods parking lot. Gunfire then erupts from the vehicle and is answered with return fire from elsewhere in the lot.

At the time police had little description of the suspect beyond his gender. After another few months of investigation, police announced an arrest on January 13.

They have charged Bilal Khan, 28 of Scarborough with firearms offenses including; unlicensed possession, pointing a gun, and carelessly firing a gun among others offenses. He will remain in custody until a bail hearing.