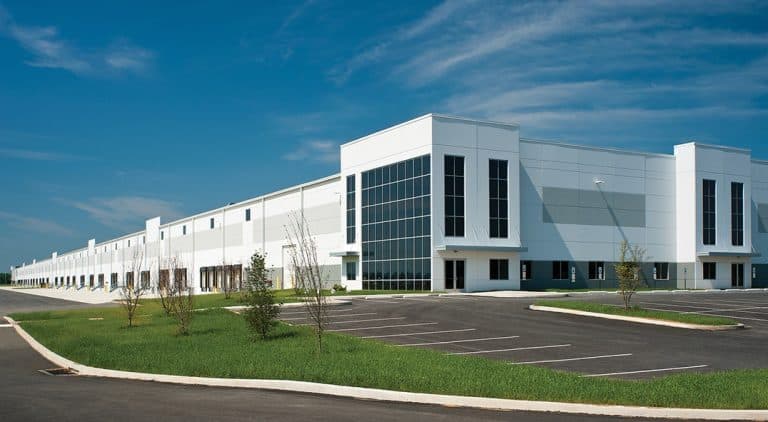 The Town of Ajax is helping Amazon Inc.’s bottom line to the tune of $4.9 million for construction work over-payments.

Amazon, which has a share value of nearly $1.7 trillion, is in the midst of building a million square-foot warehouse in Ajax that is expected to employ 1,000 people, with opening day scheduled for September.

Naturally, such a major construction requires infrastructure improvements to the surrounding roads, and in Amazon’s case, that meant road widening on the south side of Rossland East (abutting the property); road widening, entrances and exits and signaling on Salem Road; and a little bridge improvement just to the south as well.

Those projects were categorized by Ajax Town staff as ‘Interim’ – required before September – and ‘Ultimate,” which a staff report explained is “required but not fundamental” to the opening of the facility.

The same report declared that Amazon is “required to fund 100 per cent of the cost” of these improvements, though the report also declared that Amazon could be entitled to some cost reimbursement for construction associated with Rossland Road and Salem Road North “that would have been constructed by the Town at a future date.”

That was enough for Amazon, who argued that some of the work, despite not being listed in the Town’s long-range capital forecasts, “would have been done anyway” and demanded a rebate.

Ajax complied and have agreed to reimburse the logistics giant for “growth-related costs” in the form of development charge credits for transportation infrastructure-related costs to a limit of $1.9 million; and be further compensated for $511,854.79 for the non-growth-related expenditures (to be paid no later than in the third quarter of 2027).

The Town also agreed to re-pay Amazon another $2.25 million (Rossland Road) and $206,569.03 (Salem Road) through a combination of development charge credits and cash contributions through reserve funds.

With no revenue from Ajax Casino for the past 15 months (the casino traditionally contributes half of the Town’s annual reserve funding), the Town will have to get creative in re-paying the cash portion of the funds, staff said.

There’s more financial pain coming for the Town in the next few years. The next phase of construction – which will begin in 2022 – will see two more buildings sprout up and further DC credits (75 per cent on the first building; 25 per cent on the second) will provide Amazon with an additional $4.4 million in DC credits.