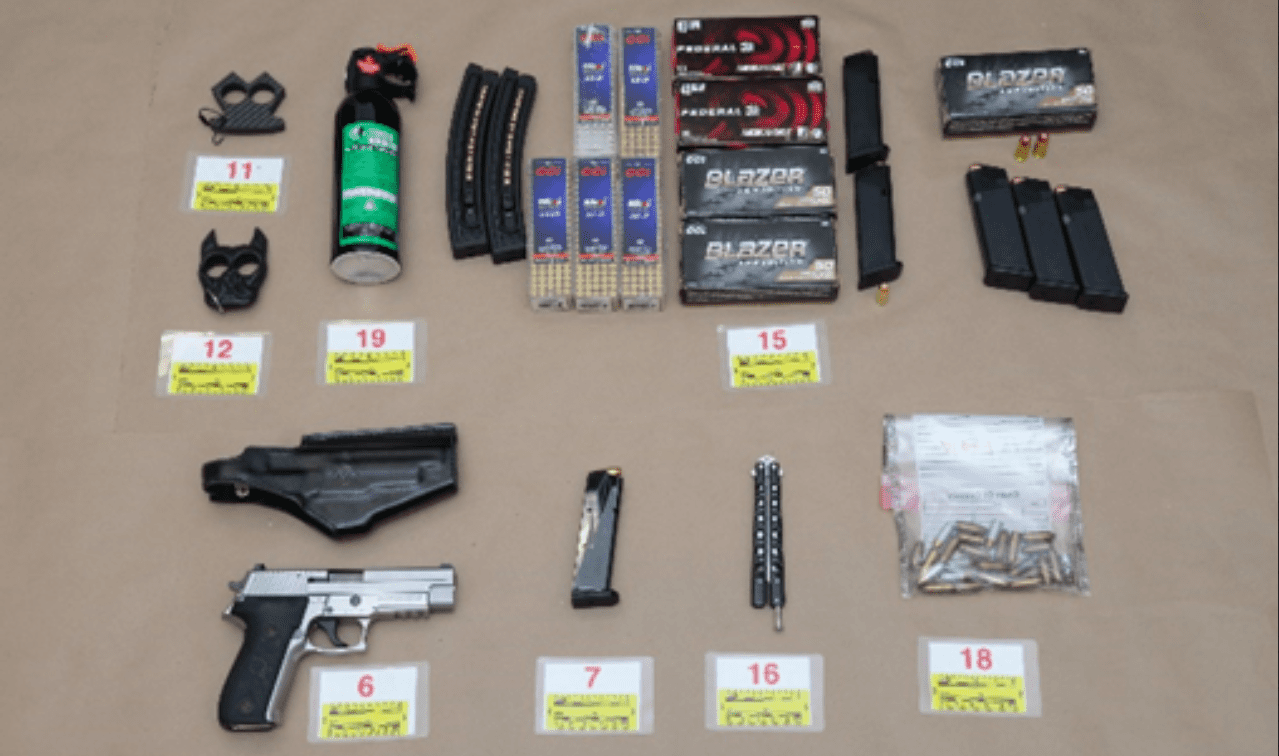 The items allegedly seized from an Ajax home include a pistol, a butterfly knife and numerous rounds of ammo.

A man from Ajax faces several charges after his arrest in Peterborough on gun charges.

Officers with the Peterborough Police Service arrested the man, 39, on November 16. Police did not specify the circumstances of the arrest or how the suspect came to their attention.

On the man’s arrest, he was charged with two counts of unauthorized firearm possession and transferring a gun without proper authorization.

Shortly after the arrest, members of the Peterborough police and the Durham Regional Police Service raided the man’s Ajax home.

The suspect, who police have not identified, remained in custody until a hearing the day after his arrest.