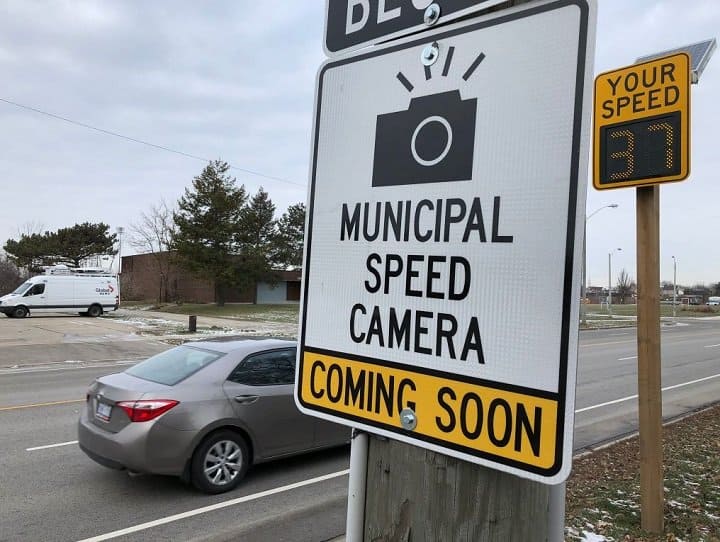 The Town of Ajax is installing three automated speed enforcement cameras this year and is encouraging other Durham Region municipalities to do the same.

“We’ve spent a lot of money on traffic calming over the years and it hasn’t been too effective,” said Mayor Shaun Collier. “This is a significant and proven method to slow people down, and by slowing people down it saves lives.”

The cameras will rotate around 18 community safety zones in the municipality. Staff is currently collecting traffic and speed data to assist them in prioritizing the locations.

Council was going to approve the cameras during budget deliberations in February but shelved the program due to Covid-related budget constraints. Since that time the Town has discovered a surplus “we didn’t know we had,” which is why the proposal is back for a vote.

Ajax is also asking that Durham eventually take over the program by implementing a single Region-wide ASE program that would incorporate lower-tier municipal programs with the Region’s program in order to maximize program resources, improve efficiencies and reduce overall administrative costs.

Durham Region and the City of Pickering have already implemented the ASE program.