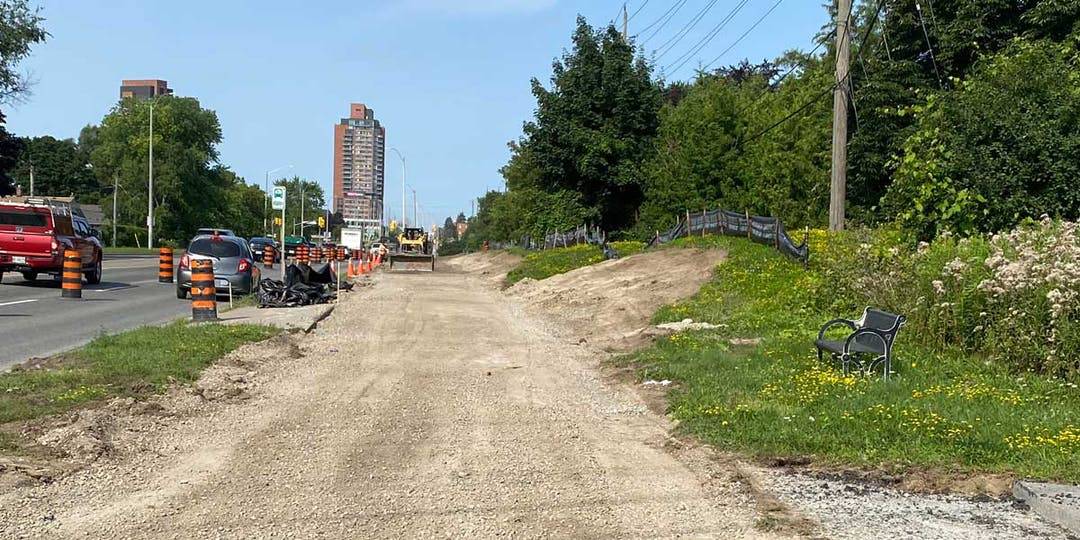 The Ajax General Government Committee will officially wrap up a feasibility study on a new multi-use path (MUP) through town today.

The process began in April, when council asked town staff investigate how and where and the town could put the path, which will run along Harwood Avenue.

Staff decided the west side of the street was the most suitable, due to fewer obstacles and more space along the proposed path. But construction will still result in major changes between Bayly Street and Lake Driveway. Light poles, manhole covers, trees, bus shelters, and benches along the path will have to be moved or removed.

The town will also have to purchase property from a long-term care home, Saint James Catholic School, and Cover Ridge Plaza. Depending on the property line, they may need property from the hospital as well.

Ajax plans to finalize the design by 2023, before construction begins the following year. Construction would take place at the same time as already planned roadwork in the area.

The feasibility study declared the path will cost about $800,000 by the time it’s finished. The estimate does not include the cost of buying the needed land.