Unless there’s a last hour reprieve it appears an Ajax day care centre will have to bug out in two weeks after it was given an ultimatum from the landlord.

The move would leave about 100 families scrambling to find new places for their children.

Julie Gilchrist, the Director of Happy Kids Child Care located at the north-east corner of Church Street and Delaney Drive, said her landlord sent her an email August 3, demanding she vacate the premises by August 31.

“When I asked what had transpired and why I was being asked to leave … the only thing I got back was – please see attached,” she said.

Gilchrist said the company first signed a five-year lease in 2017 with the option to renew with Elm Ajax Plaza Inc., a division of Elm Developments of Concord in York Region. When the pandemic hit in 2020 COVID-19 rules meant she had to close down for long periods and without sufficient income during that time they incurred a debt of $40,000.

When she tried to renew in June she was told she would have to pay the debt off before she could sign a new lease and that the rent was going up to $18,000 a month.

“They didn’t accept either option and said we would do a month to month unless COVID debt was paid in full.”

With reports that Elm Developments already has another day care centre ready to move in, Gilchrist believes the decision on Happy Kids future was made long before her lease expired last month.

“I went through text messages with the landlord just this weekend. I had asked them to look at both options when we started lease talks. My guess is they did not want to negotiate,” she said. “It’s clear that my payment plan wasn’t looked at and instead of being transparent they decided to be sneaky with this replacement.”

When contacted Elm Developments would only say that management was “out of the country” and to expect an answer by the end of the week.

Gilchrist said Durham Region contacted her landlord Monday and was told “our relationship is damaged,” a statement that that doesn’t hold water, she noted. “This was never a personal relationship,” she said. “Being an essential service, it’s important to stay open. They have zero interest this.  I have people that have offered to pay off this debt and he says no. So he’s making this personal I guess.” 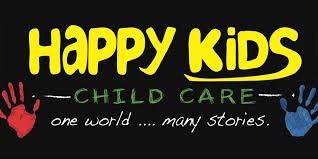