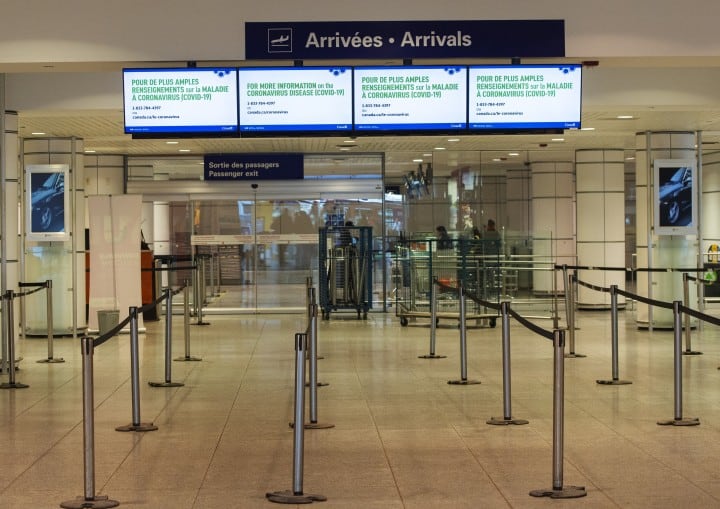 The head of the Canadian Airports Council says airports are poised to lose $1.3 billion due to COVID-19.

Daniel-Robert Gooch says many major airlines will be operating at half capacity by next month amid border closures and slashed flight schedules, causing airport fees to dry up.

The council president is asking Transport Minister Marc Garneau for relief on the roughly $380 million in rent that Canadian airport authorities pay Ottawa each year.

Gooch says support could come as a rent deferral or reduction, which would help offset fixed costs such as runway maintenance. He says airports directly employ about 194,000 workers, some of whom will see their jobs in jeopardy as terminals and check-in counters clear out.

The Canadian Airports Council represents 53 airports, including the country’s three largest that account for the bulk of federal airport rent.

Earlier on Tuesday, the head economist at the International Air Transport Association said revenue losses are already surpassing the trade group’s worst-case projection of US$113 billion and threatening to send multiple airlines into bankruptcy.