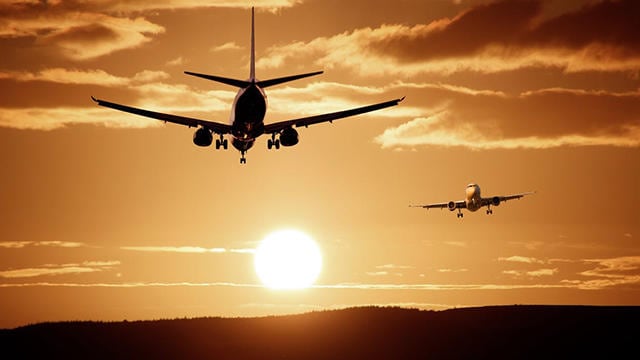 Are you affected by noise from airplanes in Brampton?

Are you affected by noise from airplanes in Brampton?

The Greater Toronto Airport Authority (GTAA) recently announced some rather ambitious plans for Pearson International Airport. Specifically, they want to turn into into a “Union Station West” that would serve as a secondary transportation hub for a growing GTHA.

But this significant growth has not cme without some problems. Last summer, a meeting with residents and the GTAA resulted in numerous complaints about one of the main issues that perk people when it comes to the airport: too much noise. There were even local politicians raising concerns that the GTAA may be overstepping the boundaries and acting too unilaterally. 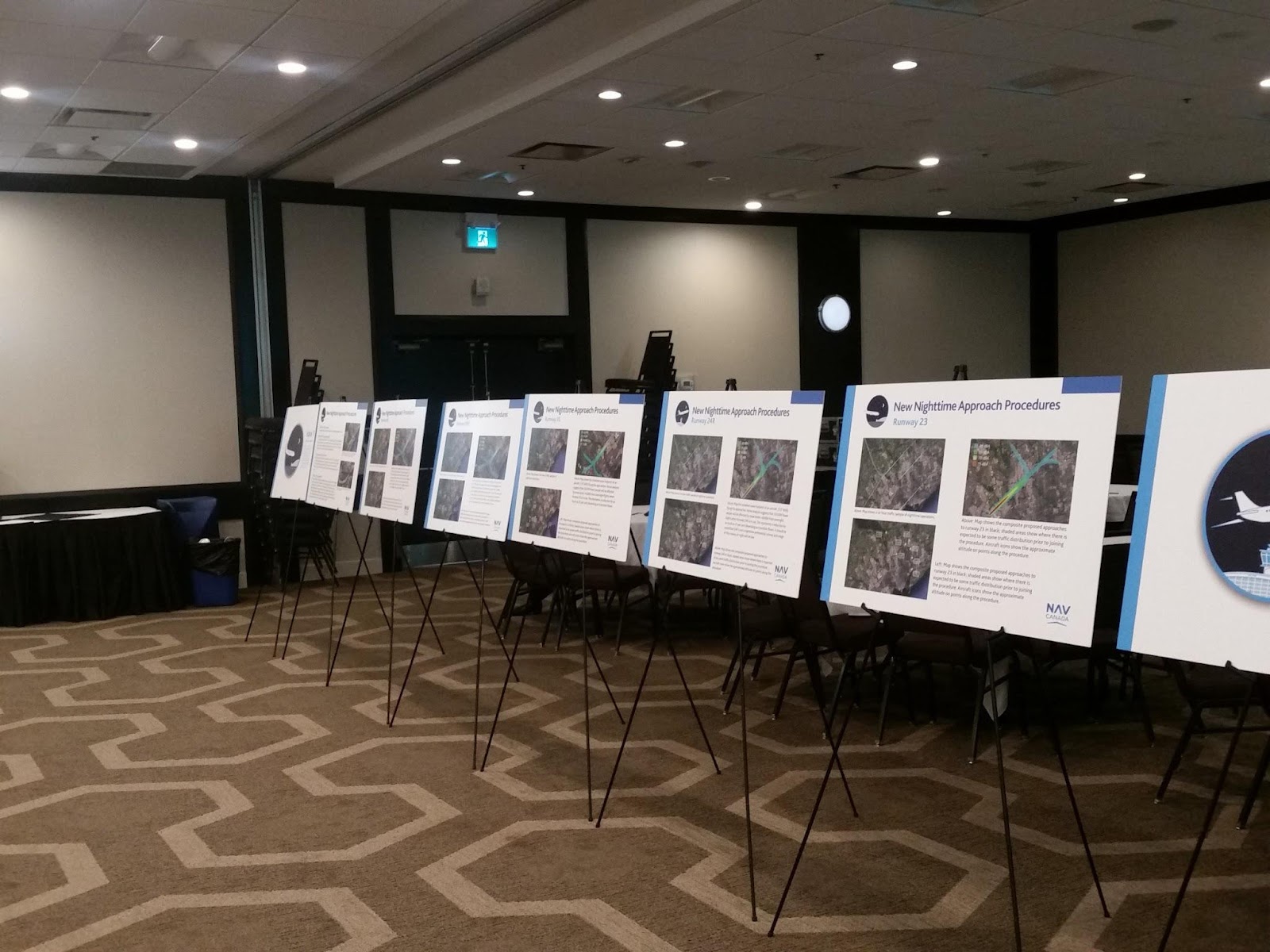 A presentation was given and representatives from GTAA, NAV Canada (who conducts airport operations), and UK aviation consultant firm Helios took several questions from the audience after each presentation of one idea. 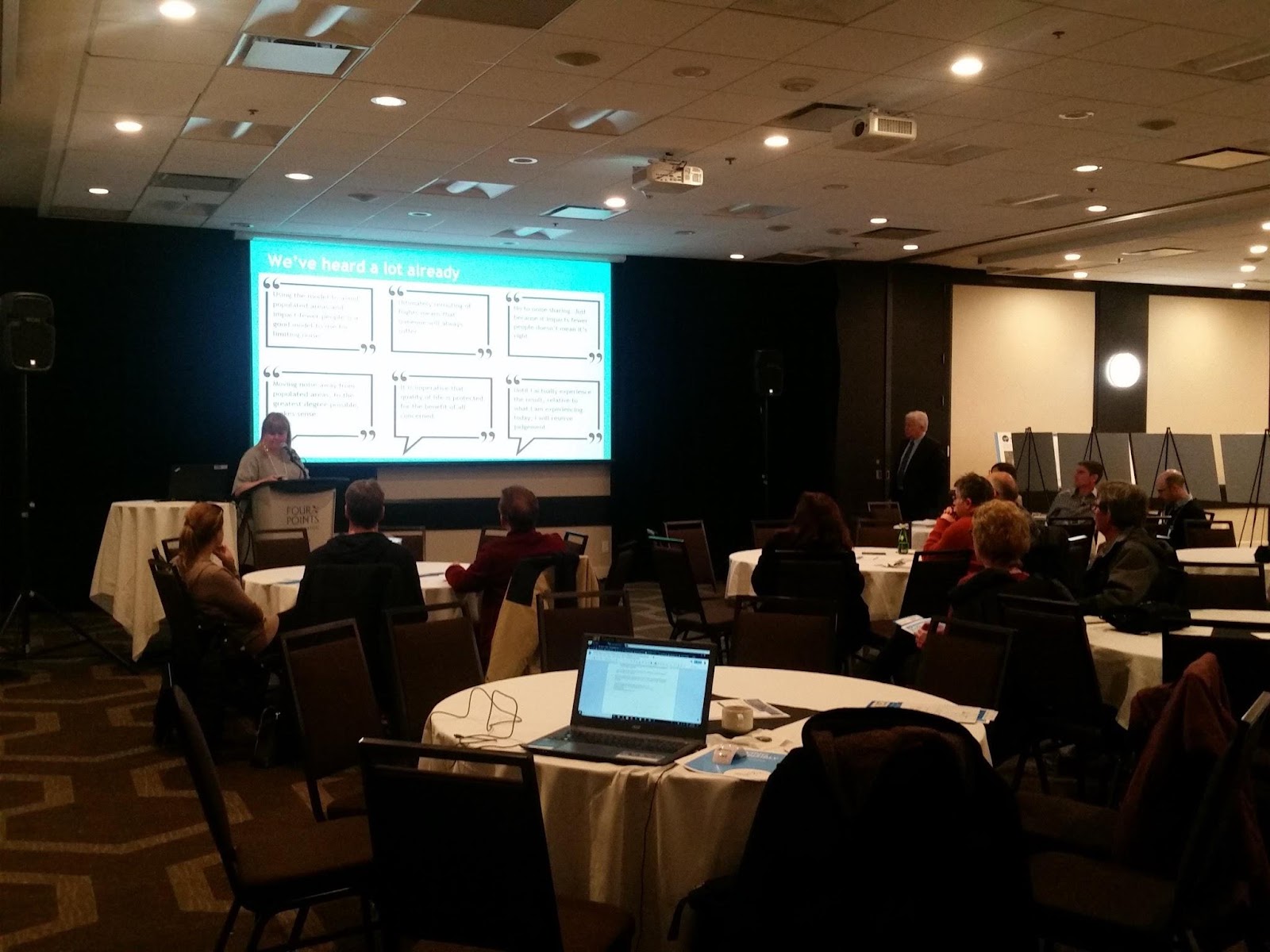 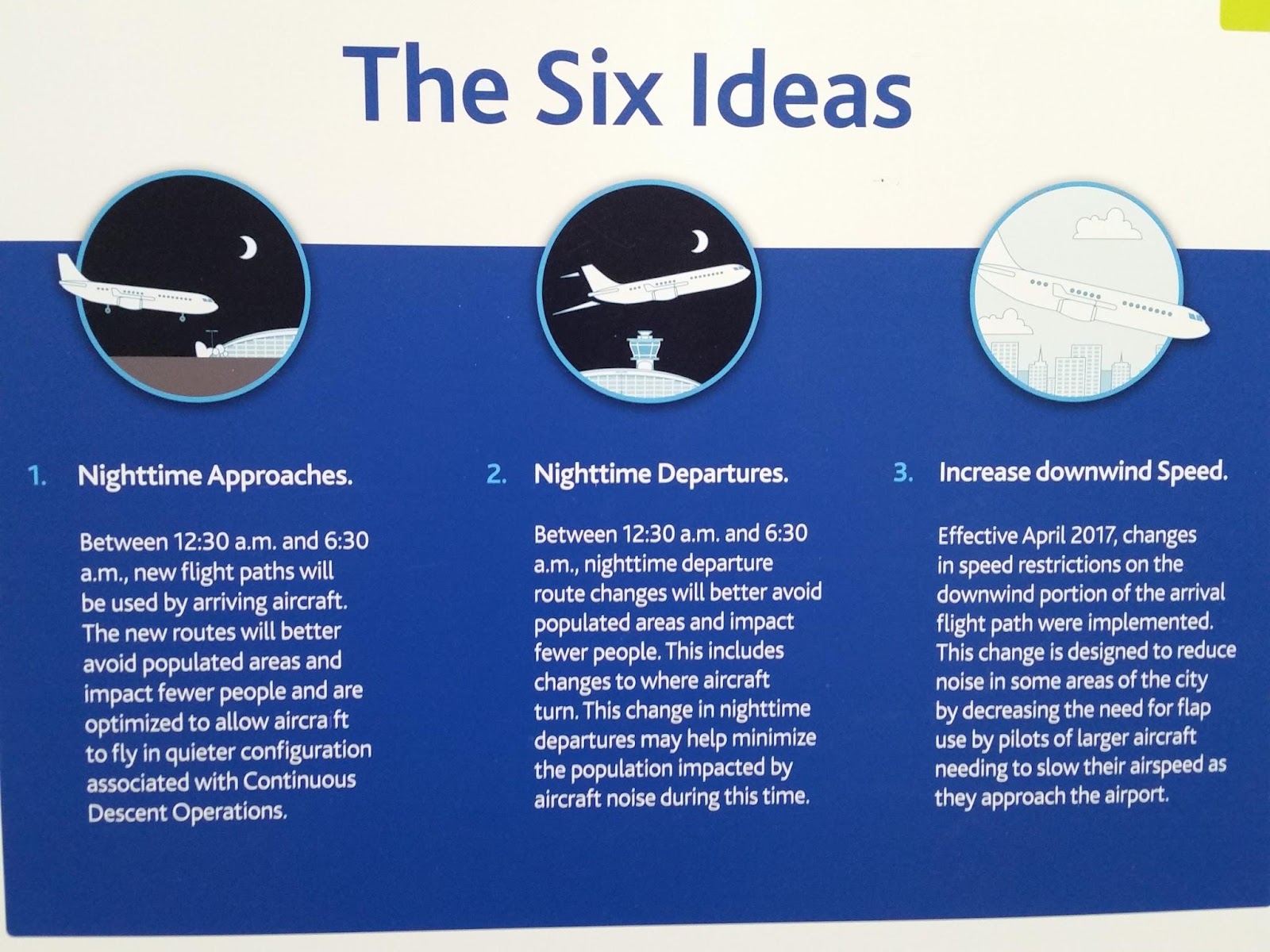 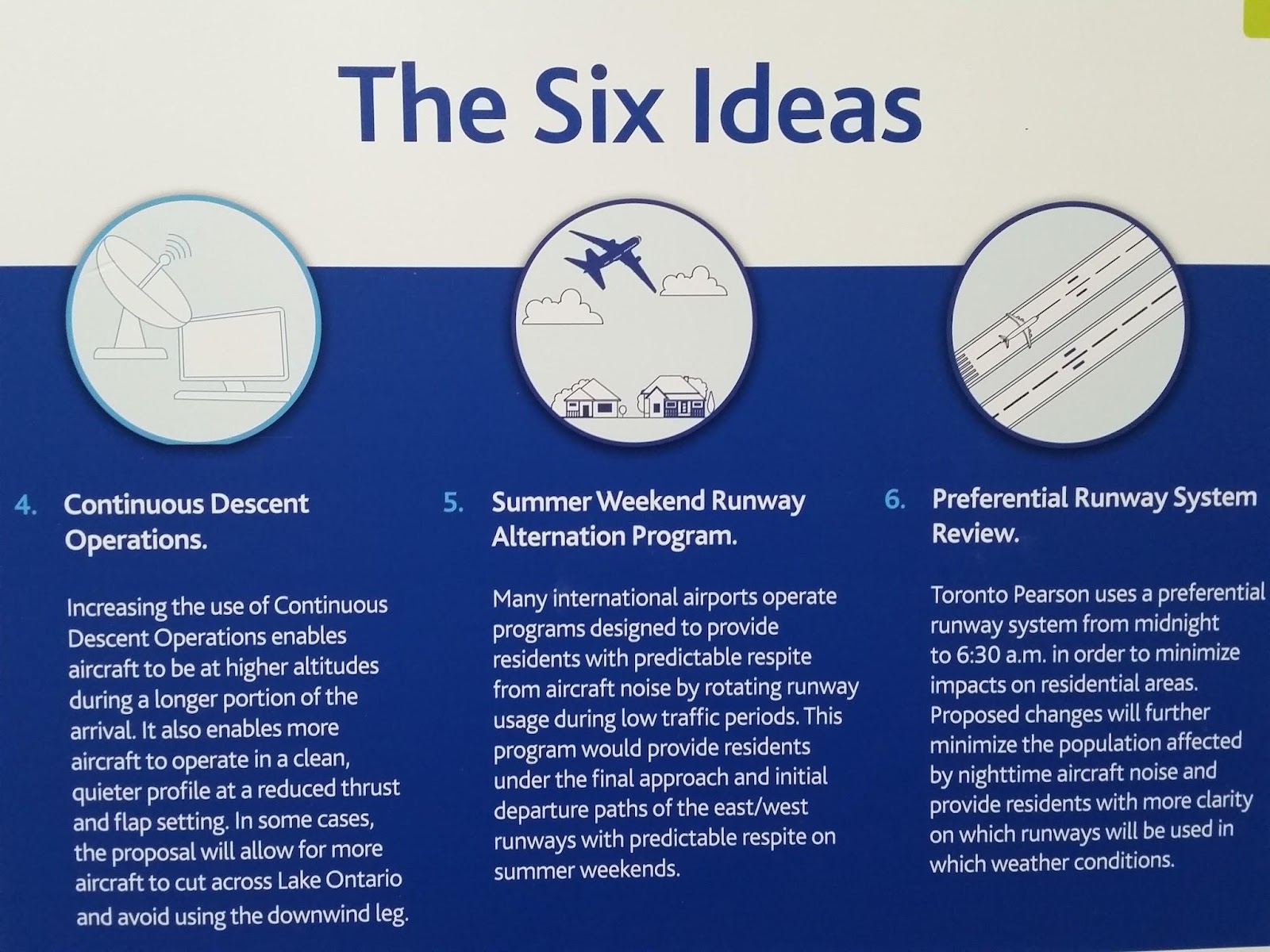 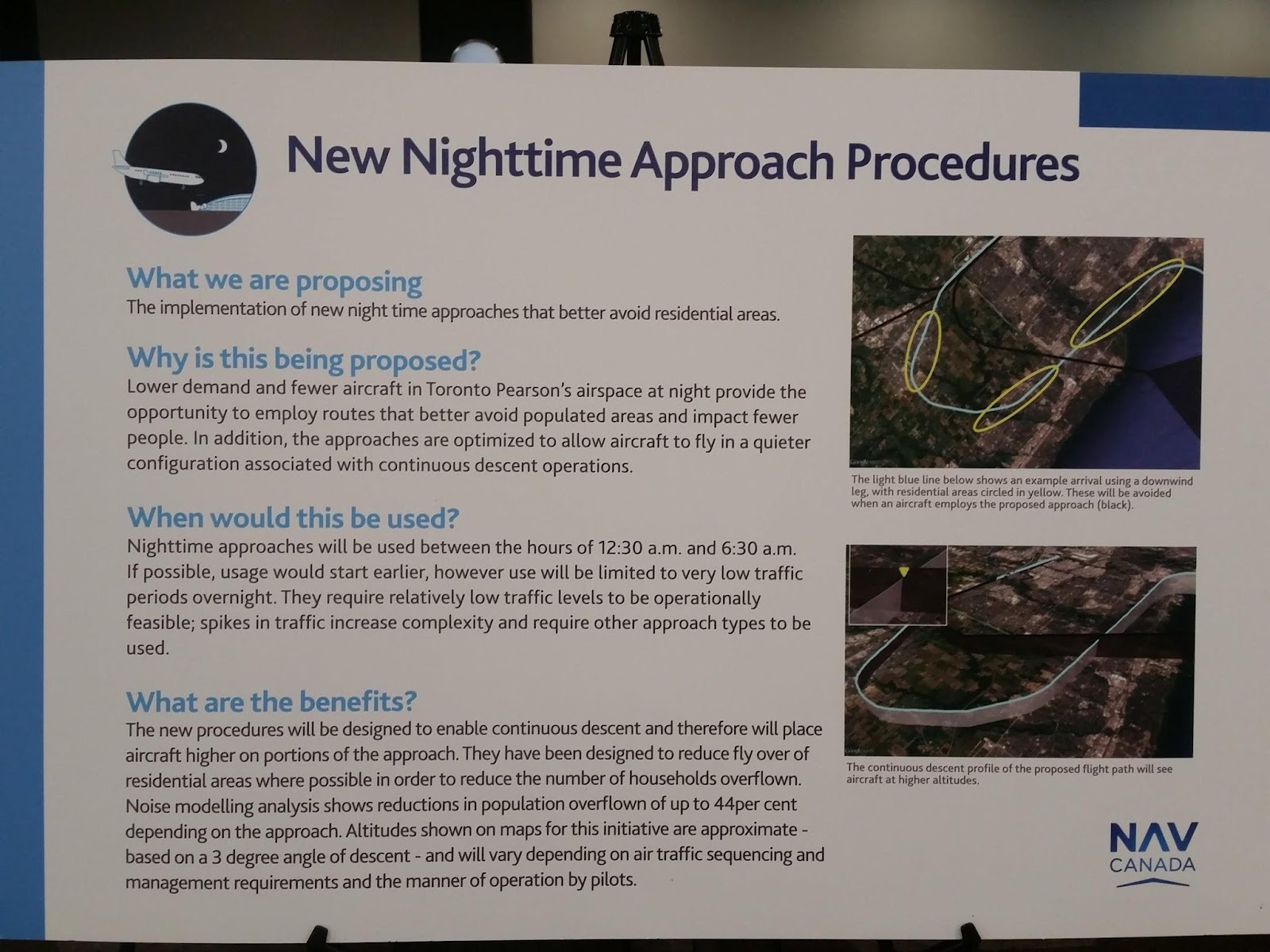 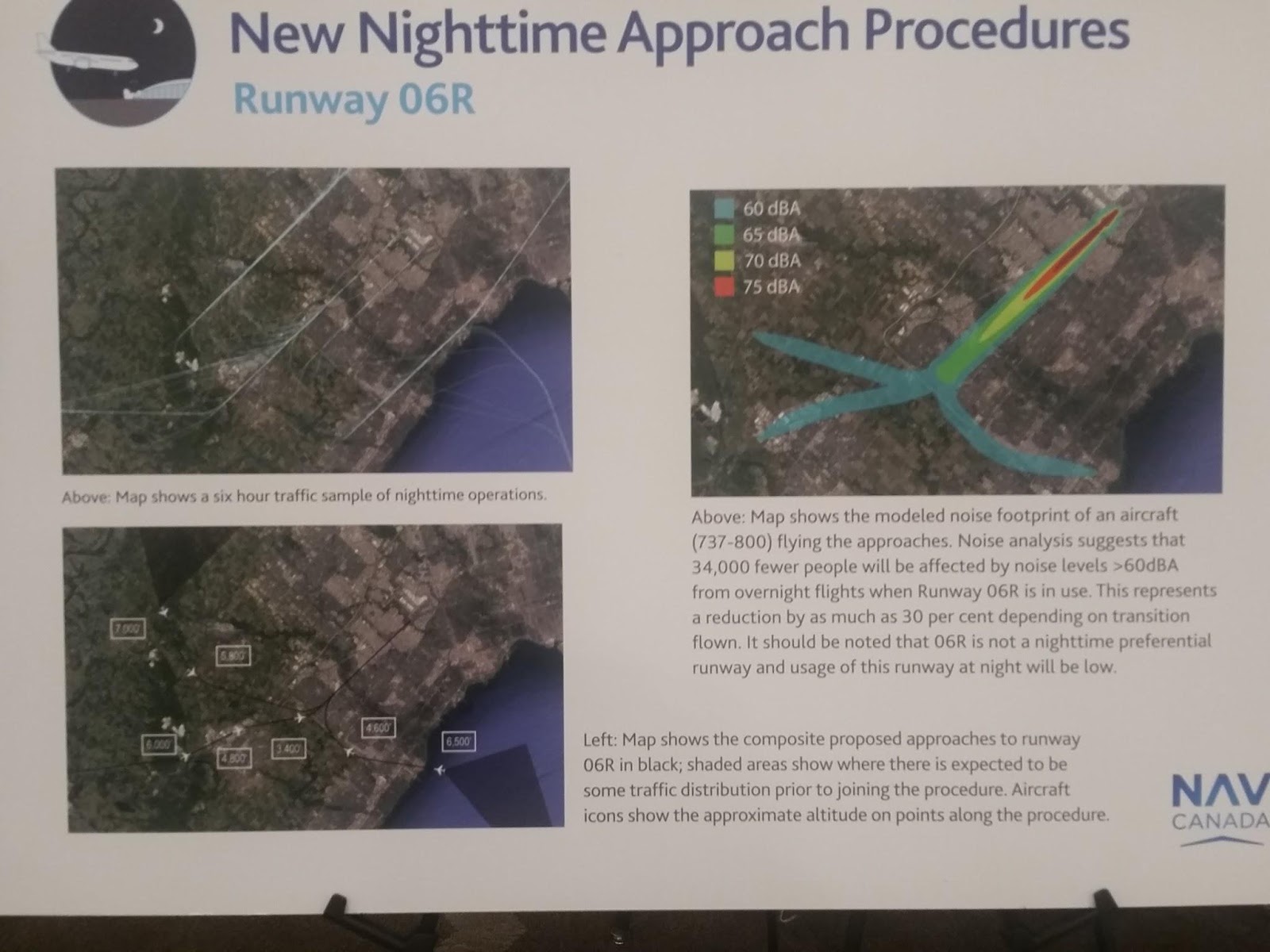 A resident brought up community complaints about the use of runways and asked why NAV Canada couldn’t use higher elevation 15 years ago. In response, a consultant from Helios said that was based on an independent airspace review, which recommended a 3.2 degree glide path. The London City Airport has five degrees, but overall three degrees is the recognized international standard.

The Helios consultant added that going higher than 3.2 isn’t as viable at an airport like Pearson because some aircraft cannot fly those steeper approaches. There were some airports that did trials with steeper approaches, but pilots needed to deploy flaps to slow down which actually negated the noise mitigation measures. 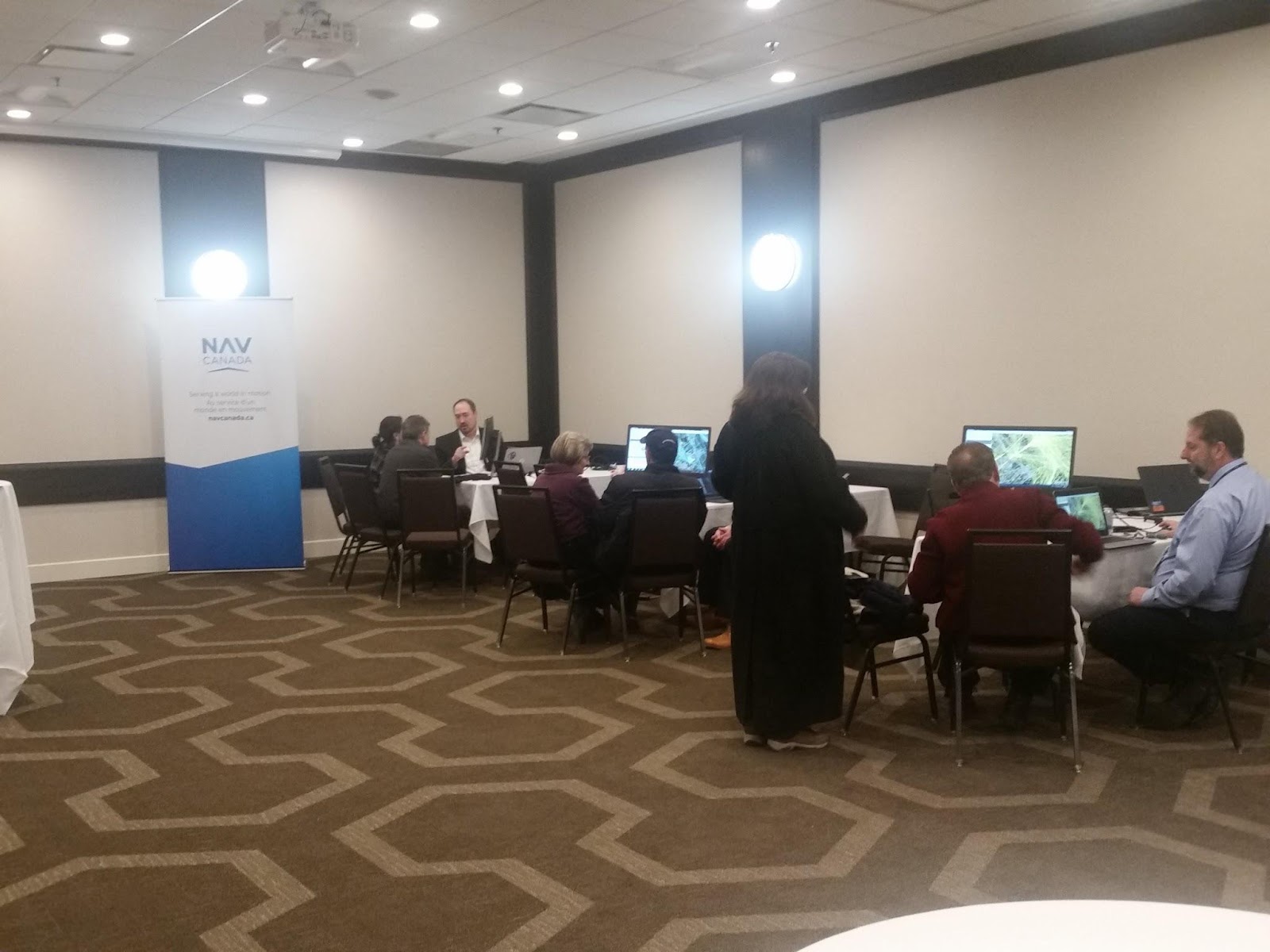 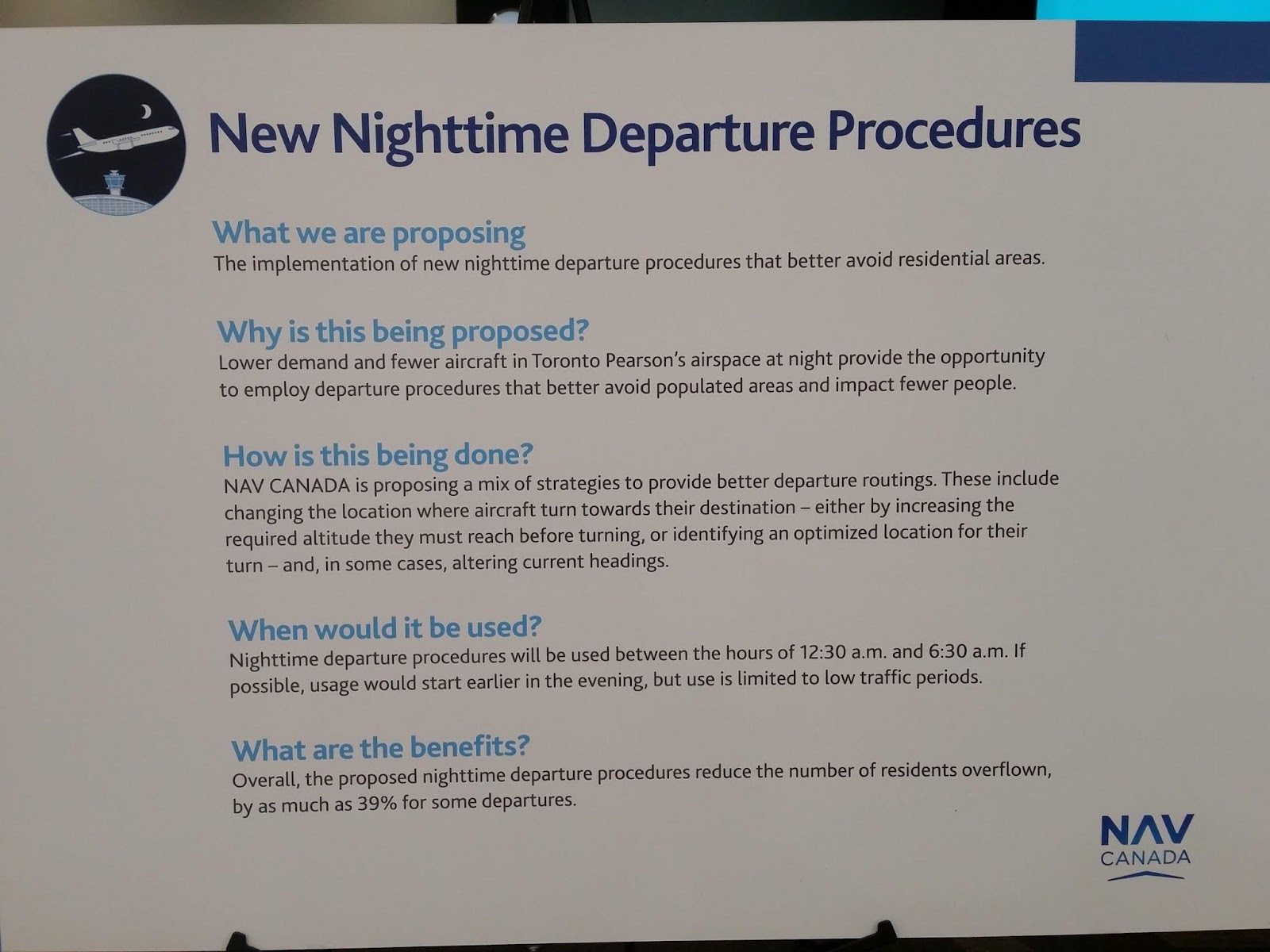 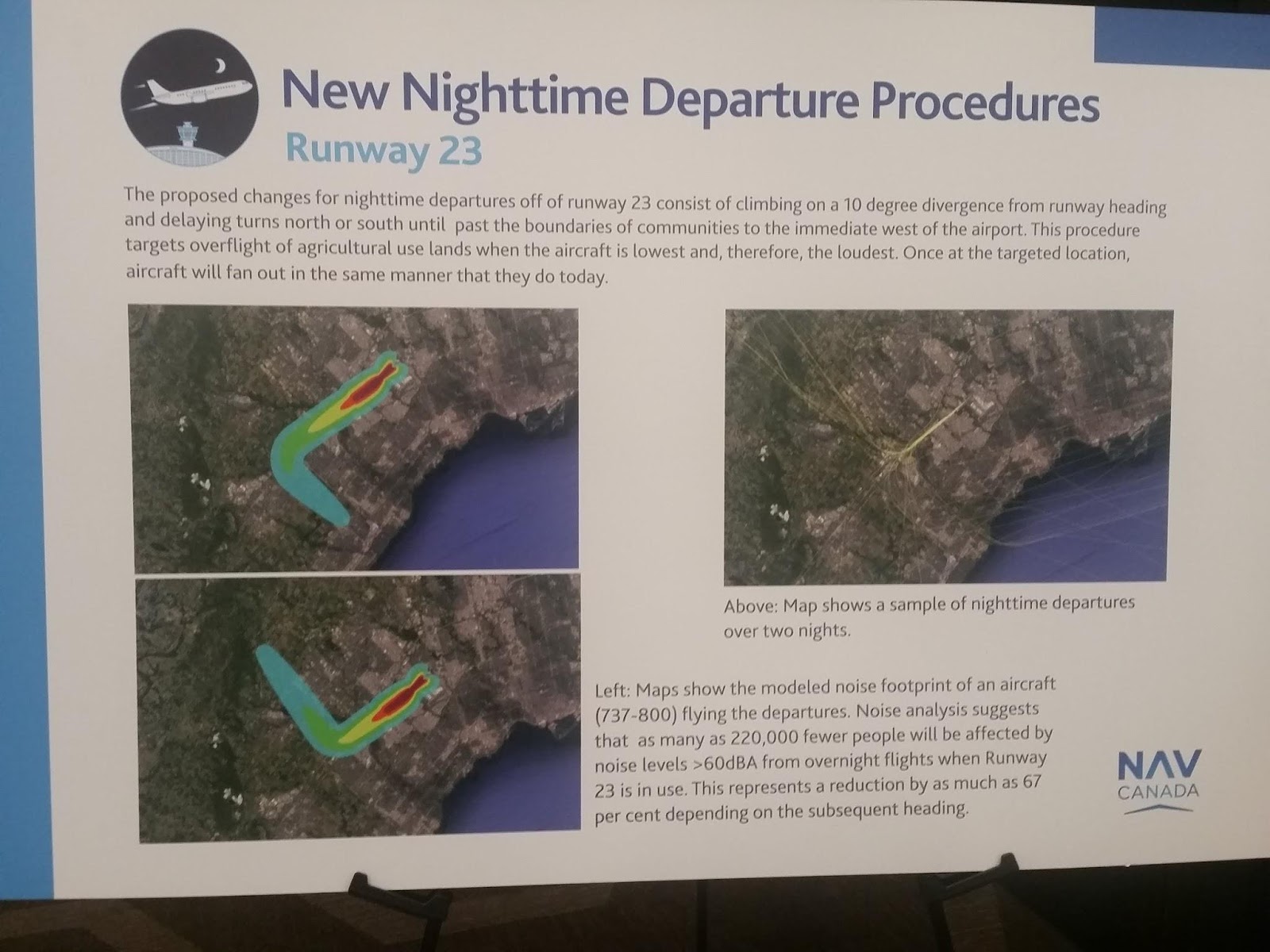 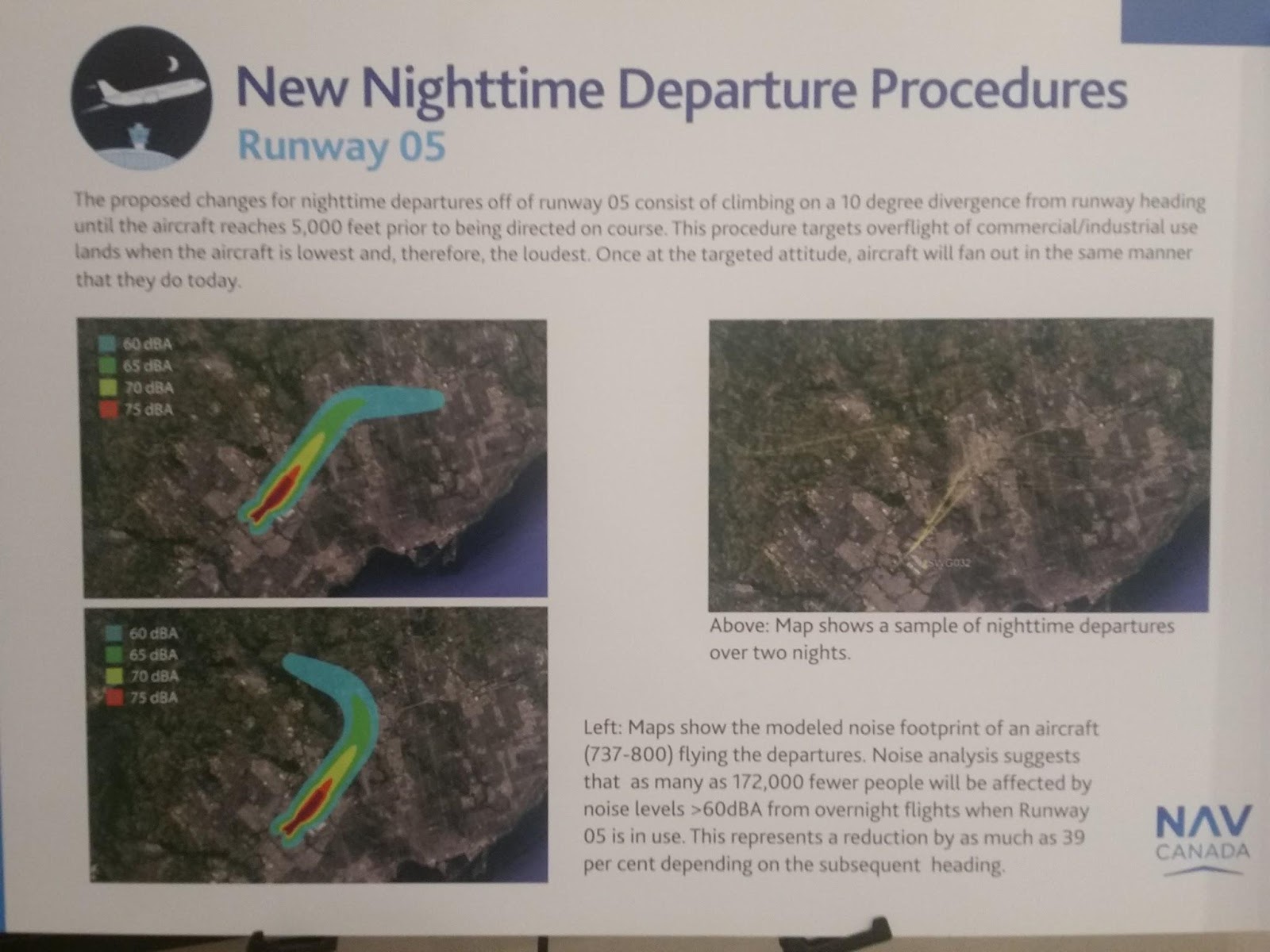 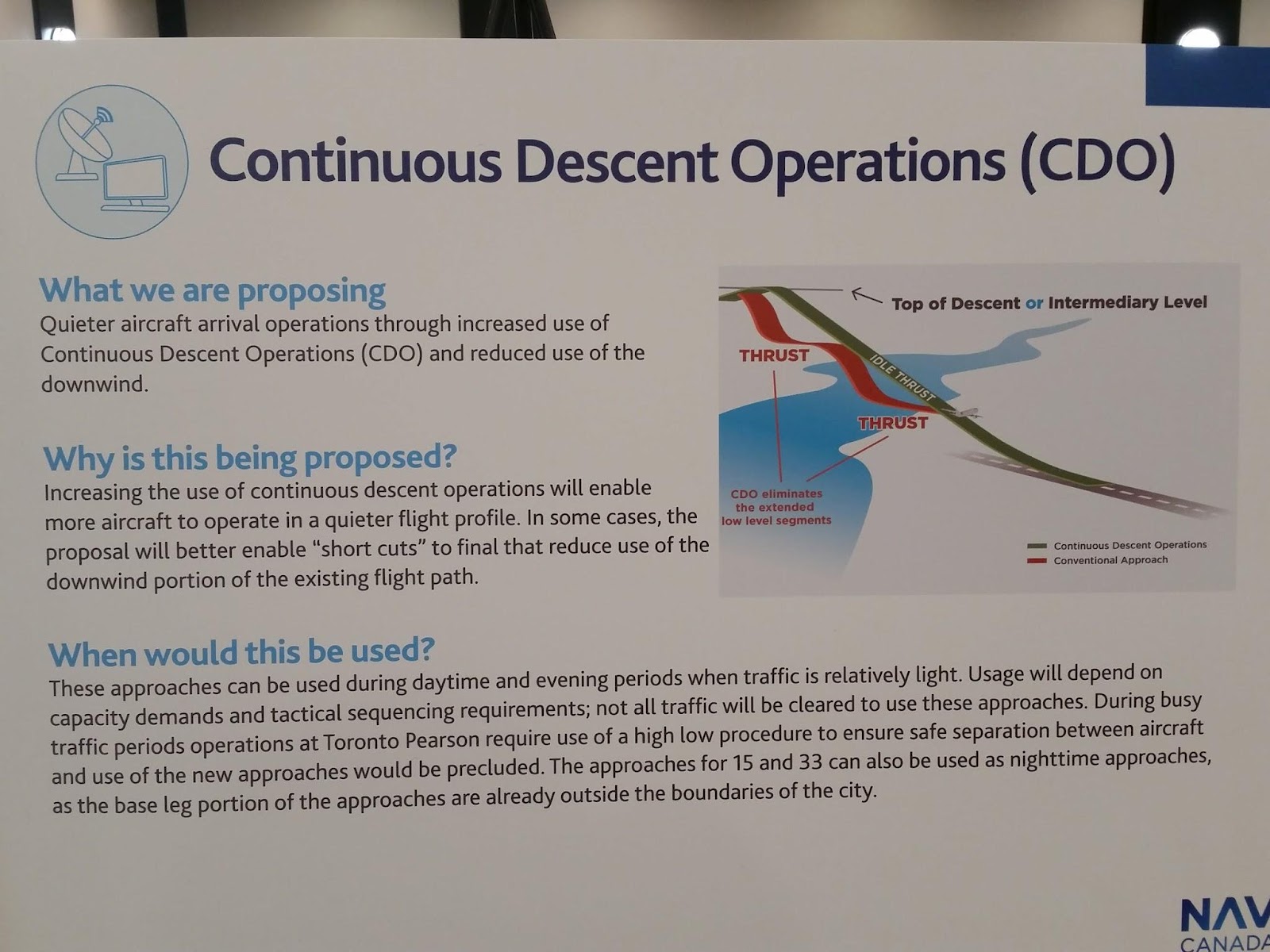 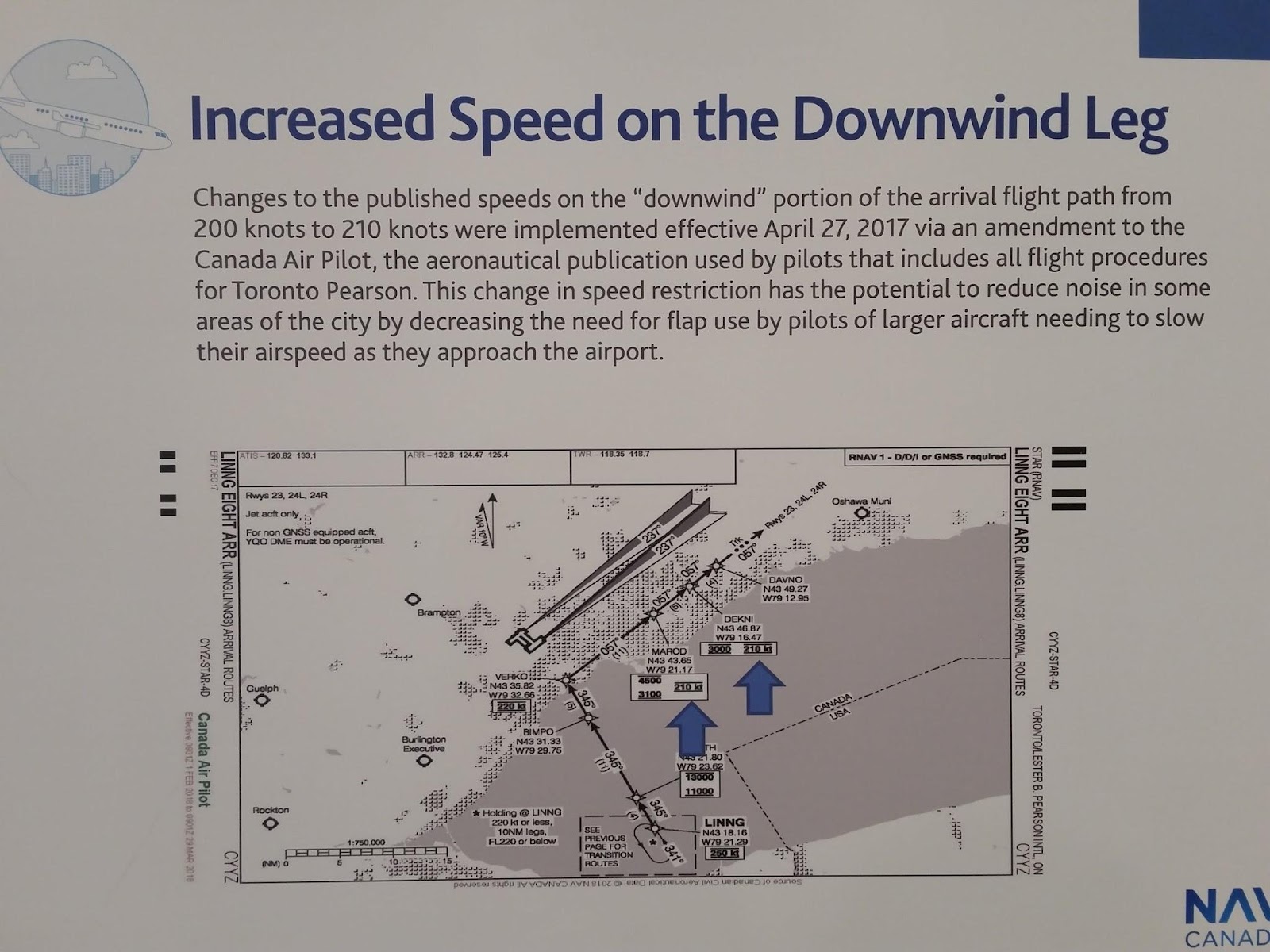 The presenters indicated that increased use of Continuous Descent Operations would enable aircraft to reach higher altitudes during a longer portion of the arrival, and enables more aircraft to operate in a clean, quieter profile at a reduced thrust and flap setting. In some cases, the proposal will allow for more aircraft to cut across Lake Ontario and avoid using the downwind leg. 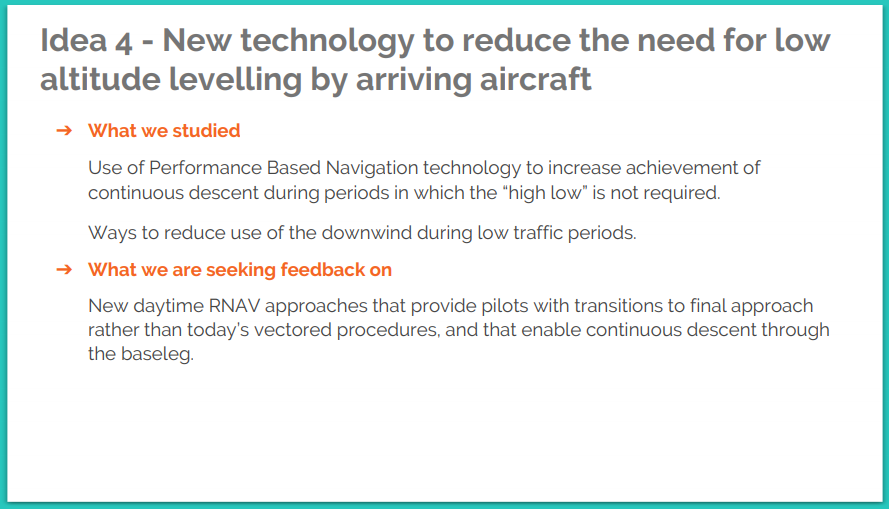 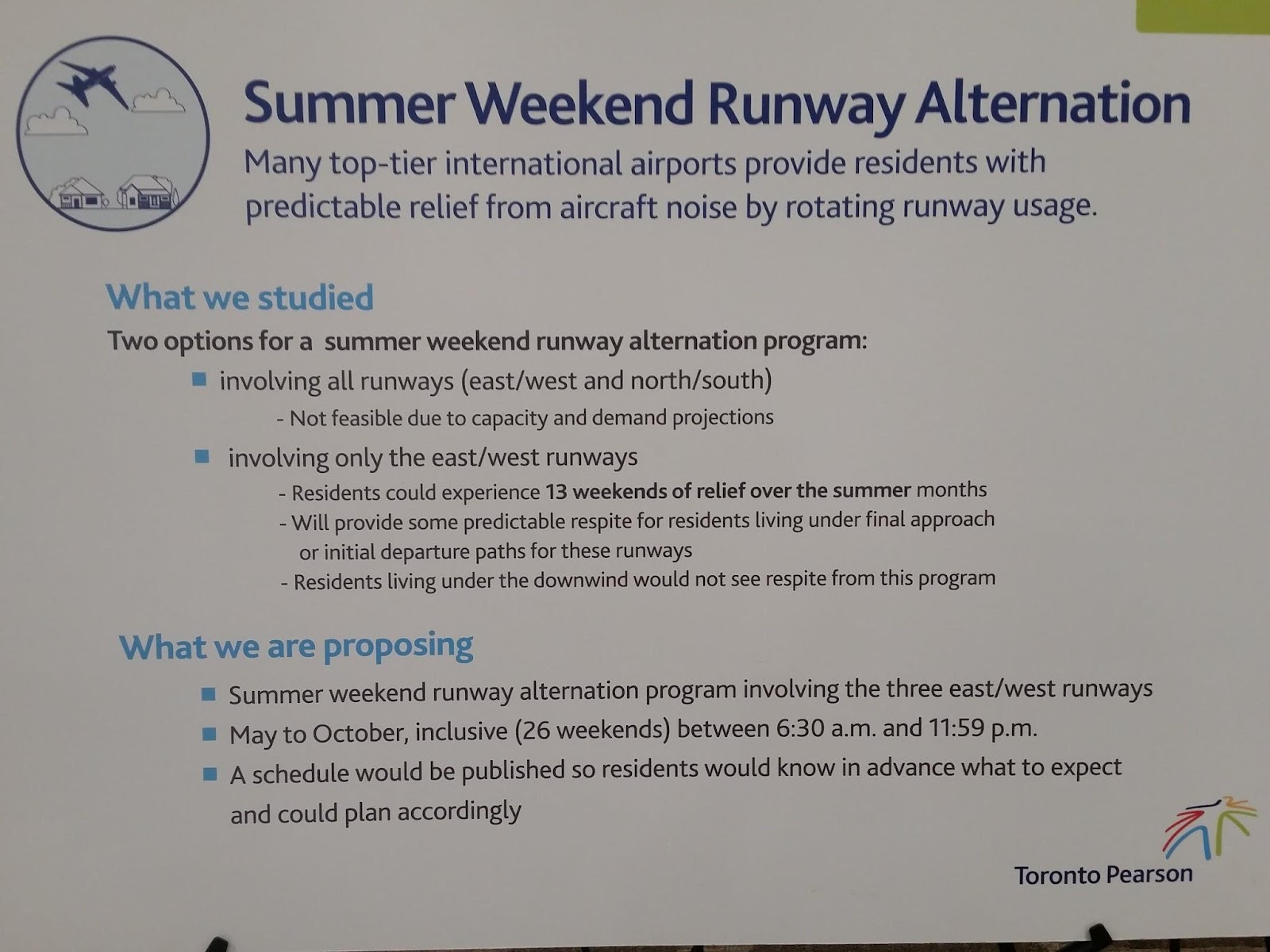 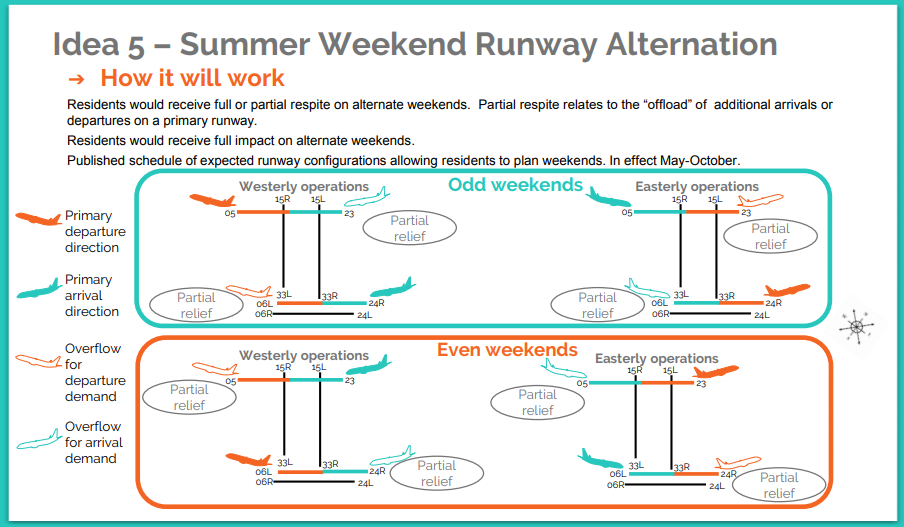 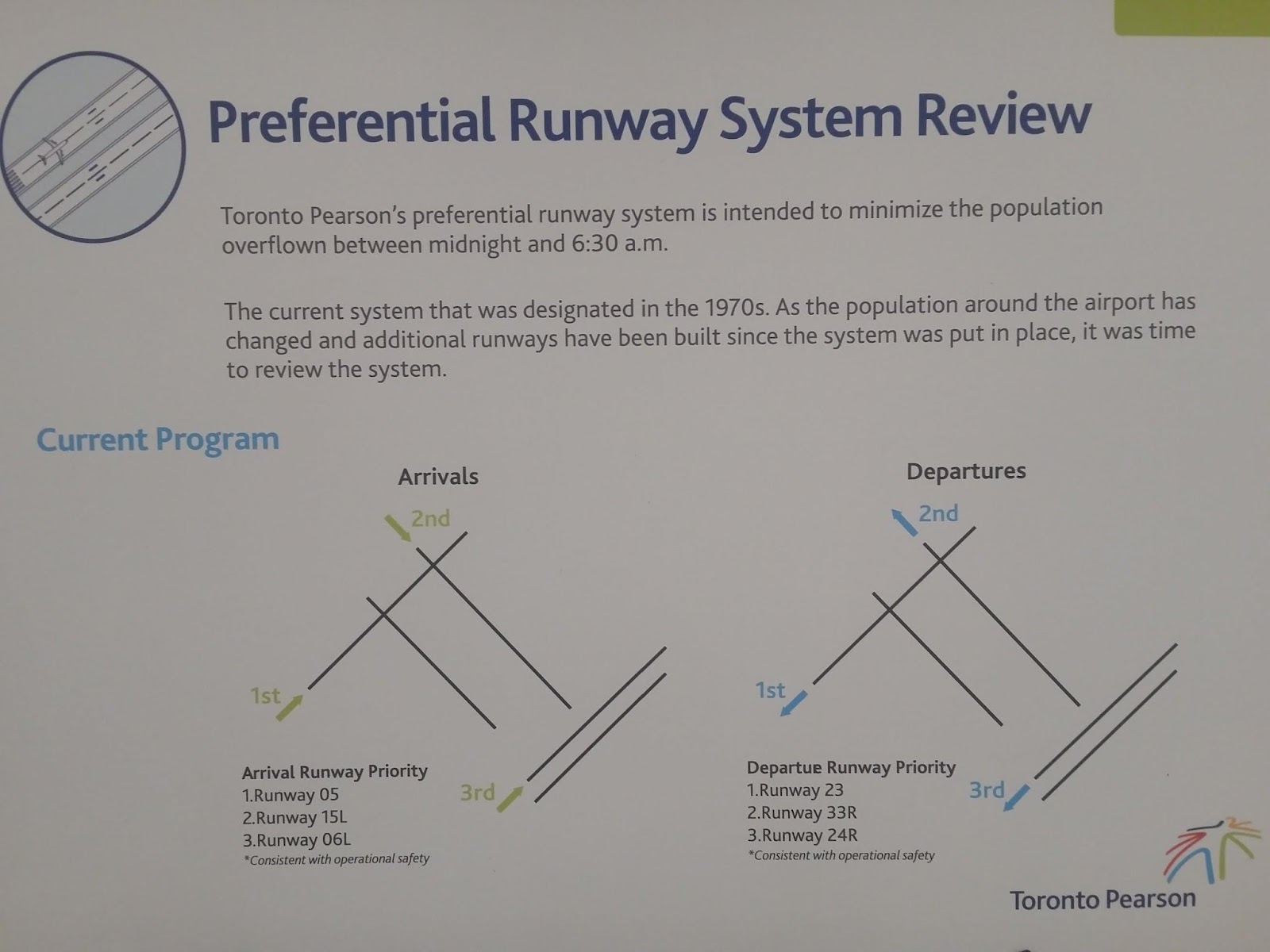 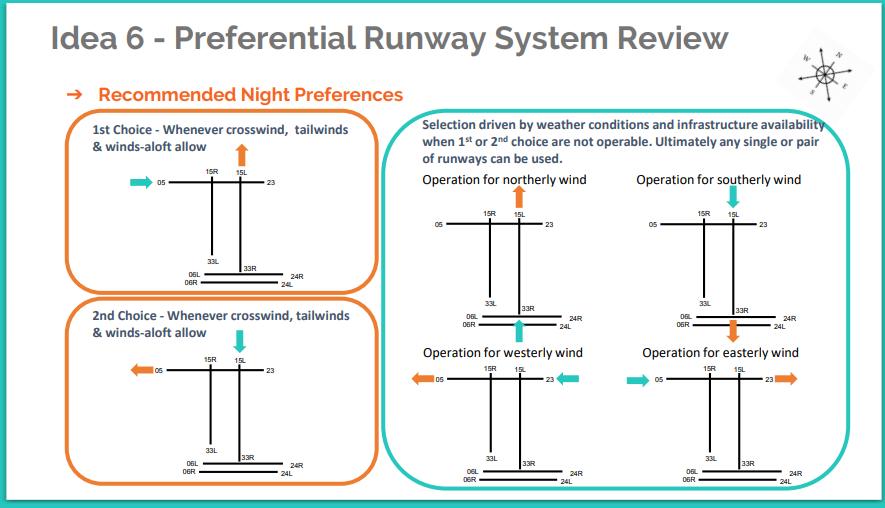 The GTAA says Pearson uses a preferential runway system from 12 a.m. to 6:30 a.m. in order to minimize impacts on residential areas. The proposed changes will further minimize the population affected by nighttime aircraft noise and provide residents with more clarity on which runways will be used in which weather conditions.

And how is all of this impacting surrounding cities?

One woman said Milton is the dumping ground for preferential runway systems, and perhaps it’s time to scrap PRS and stop “beating up” smaller communities like Campbellville, which has a population of around 5,000, because it is convenient to do so.

Will air traffic increase by 2037?

Could there be a ban on night flights?

Many people had been asking about banning night flights, which relates to a question whether Toronto Pearson operates 24/7 (it does). Of all the ten largest airports in Europe, only Frankfurt operates a full night flight ban from 11 p.m. to 5 a.m. This ban was implemented in 2012 as a condition of constructing a new runway. Other European airports have instituted voluntary or mandatory restrictions, many of which are similar to Pearson’s night flight policies.

Can air traffic be directed to other airports? What’s the status on building an airport in Pickering?

(Mississauga city councillors have been critical that the payment in lieu-of-taxes is only a drop in the bucket).

For now, the airport’s expansion shows no sign of slowing, and it seems residents recognize that reality. And although there are some who will never be satisfied with any proposal, overall all people want at this stage is a little more respect from those in charge of the airport.