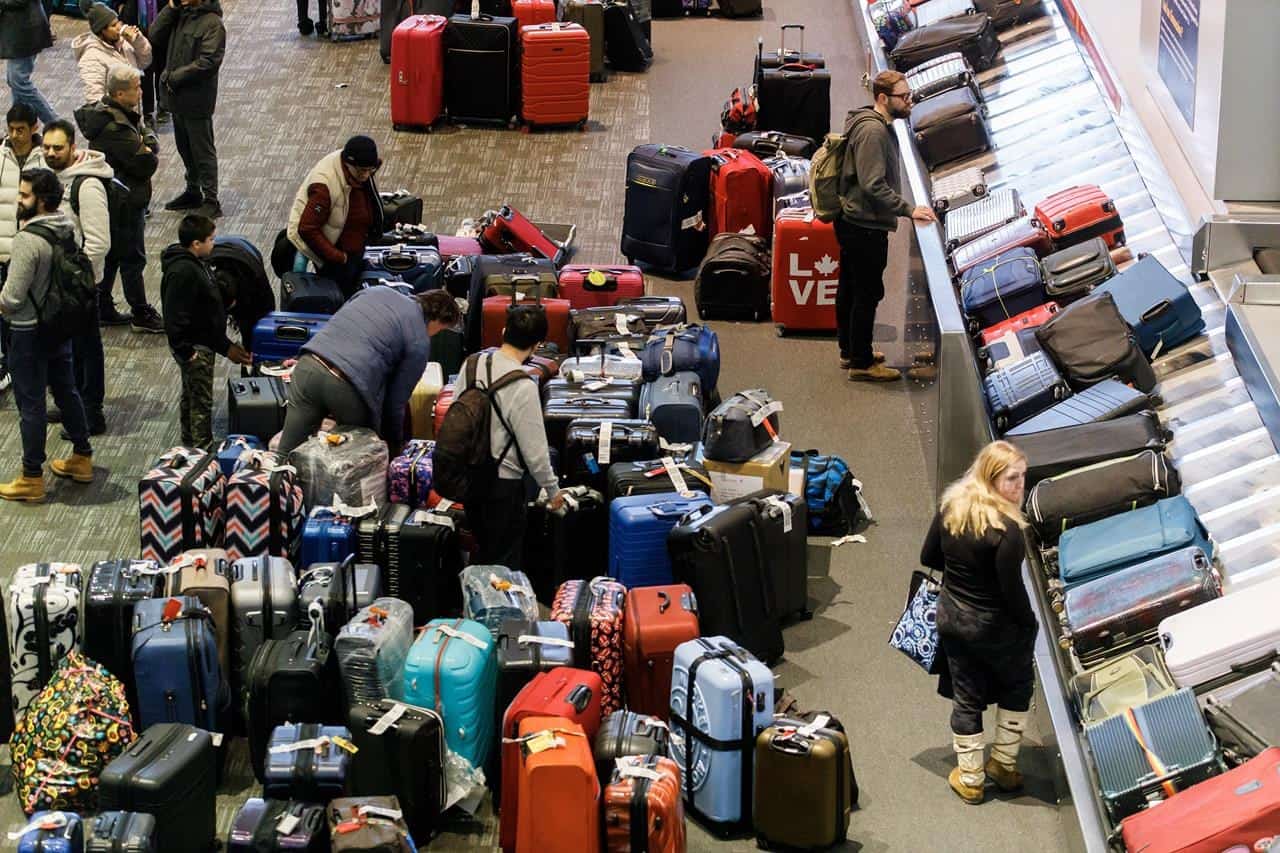 From long hours waiting on hold to sleepless nights on airport floors and desperate scrambles to rebook flights and find missing bags, it was a holiday travel season that no one had on their wish list — but that thousands of people got.

Now, Canadians have a chance to hear top travel executives and the federal transport minister explain what went wrong, and what might be done to avoid a repeat.

Leaders from the country’s major airports and airlines are among witnesses set to appear today during an emergency meeting of the House of Commons transportation committee being convened well ahead of Parliament’s return later this month.

The meeting is expected to kick off with a panel of representatives from Air Canada, WestJet and Sunwing Airlines.

Sunwing, a vacation-destination airline, has apologized for leaving hundreds stranded in Mexico after cancelling its flights due to a winter storm that swept across parts of Canada in the lead-up to Christmas Day, and then axing trips out of Saskatchewan until early February due to “extenuating circumstances.”

But it’s not Mother Nature MPs are taking issue with. Rather, it’s the communication — or lack thereof — that companies had with passengers whose plans were upended.

And while Sunwing Airlines president Len Corrado is scheduled to appear, neither Air Canada nor WestJet will be represented by a president or CEO, with the airlines instead sending vice-presidents to testify.

“Canadian travellers who were mistreated by airlines deserve an explanation. The very least that these rich CEOs can do is show up, explain what went wrong and show Canadians how they’re going to do better,” NDP Leader Jagmeet Singh said in a statement to The Canadian Press.

A spokesperson for WestJet said that because Thursday’s meeting was only scheduled three days ago, committee members welcomed the company sending subject-matter experts on short notice.

Air Canada did not respond to a request for comment before deadline.

The Opposition Conservatives say that while Canadians deserve answers from airlines, they believe the buck stops with Liberal Transport Minister Omar Alghabra, who is scheduled for an hour of testimony Thursday afternoon.

They point to the long lines and delays passengers experienced at airports last summer when the country witnessed a widespread return of travel for the first time since the COVID-19 pandemic began in March 2020.

“Canadians are suffering at the hands of (Prime Minister Justin) Trudeau’s broken transportation system, and until the government is held to account to fix it, Canadians will continue to pay the price for their failure,” Mark Strahl, a Conservative MP on the committee, said in a statement.

Alghabra has called what happened over the holidays “unacceptable” and vowed to bring in legislation to strength the country’s existing Air Passenger Protection Regulations — a set of standards that allow travellers to request compensation when their flights are delayed or cancelled for reasons such as scheduling.

“Is this an opportunity for us to take a look at our rules and our system to make them stronger, to make them clearer, to make them more efficient? Absolutely,” he told reporters. “But again it’s not just the rules. We need airlines to make sure they make good decisions to keep passengers’ rights at the centre of their operation.”

Among other changes, Alghabra is eyeing amending the rules so that airlines would have to compensate passengers automatically. It’s a move that passenger rights’ advocates, Conservatives and the NDP support.

“When airlines’ flight schedules get snarled, people miss weddings, funerals and vacations they’ve been saving up for. Some are left stranded,” Taylor Bachrach, an NDP MP on the committee, said in a statement.

“The difficulty of a delayed or cancelled flight shouldn’t be followed by the nightmare of fighting for compensation.”

As for how airlines feel about the move, a WestJet vice-president said in a statement that it would be “foundationally burdensome” as it would require airlines to have “up-to-date passenger information to appropriately process these claims.”

“We are disappointed that airlines continue to be singled out as the only point of ownership and accountability for travel in Canada, as this must be a shared responsibility by the entire aviation ecosystem,” said Andy Gibbons, its vice-president of external affairs, who is set to testify Thursday.

The president and CEO of the National Airlines Council of Canada, Jeff Morrison, added that the regulations were last amended in the fall, and he believes it would be too soon to open them up again.

“We don’t want to be making policy based on very individual, one-time incidents,” he said.

Morrison said he believes it would be better for Ottawa to spend more on airport infrastructure to ensure travel hubs can handle storms, and introduce service standards for airports and aviation-related agencies such as the one that handles airport security.

“Many disruptions are due to factors outside the airline’s control.”

The presidents of the Vancouver, Montreal and Toronto airports are also scheduled to testify during the five hours of hearings on Thursday, as are officials from Transport Canada and leaders from the Canadian Transportation Agency.

One of the questions the federal regulator is likely to field is how it plans to clear a backlog of more than 33,000 passenger complaints, nearly 3,000 of which the agency said it has received since Dec. 20.