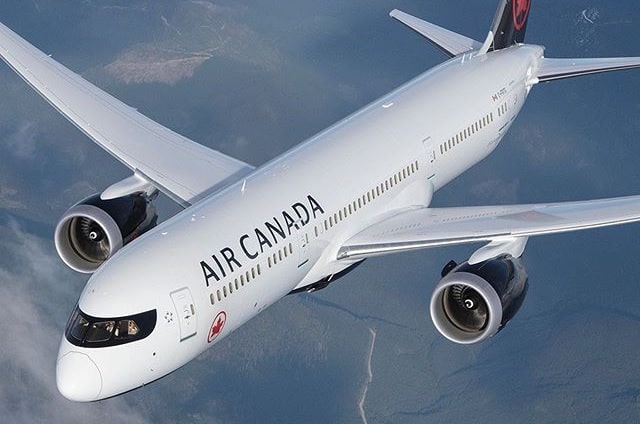 Saying that “testing will not be offered as an alternative,” Air Canada has announced a mandatory vaccine policy for employees that says they could be fired for failing to comply without a valid medical reason.

The nation’s largest airline, which has numerous flights taking off and landing daily at Pearson Airport in Mississauga, made the announcement on Wednesday afternoon. It will be mandatory for all employees of the airline to be fully vaccinated against COVID-19 and to report their vaccination status as of October 30, 2021. Full vaccination will also be a condition of employment for any new hires.

Major American carriers such as Delta and United Airlines have either announced increased health premiums for unvaccinated employees, or announced similiar requirements to be vaccinated by Friday. In a release, Air Canada said it was following a recent federal government announcer that covers airline workers.

“While Air Canada will fulfill its duties to accommodate employees who for valid reasons, such as medical conditions, cannot be vaccinated, failure to be fully vaccinated by October 30, 2021 will have consequences up to and including unpaid leave or termination, except for those who qualify for accommodation,” the release states. “Air Canada’s policy is also in accord with a recent announcement by the Government of Canada requiring employees in the federally regulated air, rail, and marine transportation sectors to be vaccinated by the end of October 2021.”

According to Statista, Air Canada has over 21,000 employees, although that is a third less than prior to the COVID-19 pandemic, which led to travel restrictions. The policy also applies to employees with  Air Canada Rouge and Air Canada Vacations.

The announcement came one day after Ontario’s chamber of commerce released a framework for private sector businesses seeking to develop COVID-19 proof-of-vaccination protocols, Major companies, Ontario universities and colleges, and sports and entertainment promoters have been announcing their own policies, amid the absence of a provincial vaccine passport.

Three Canadian provinces — British Columbia, Manitoba and Quebec — either have, or will soon have, a vaccine certification system that can be uploaded to a person’s phone and presented for entry at a non-essential business or organized gathering.