After tackling attacker, worshippers at Mississauga mosque hailed as heroes 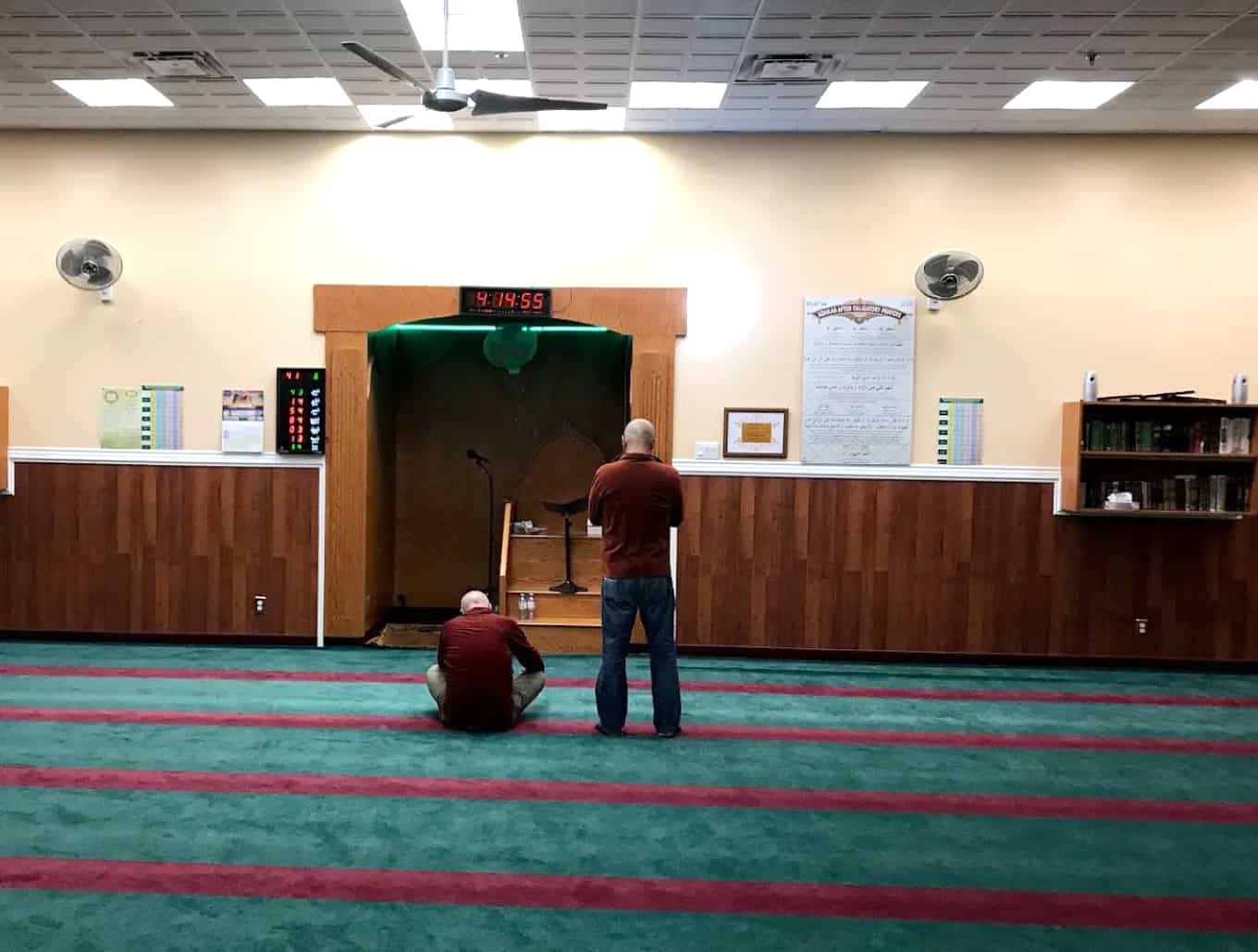 Worshippers at a mosque in Mississauga were hailed as heroes on Saturday after they tackled and subdued a 24-year-old man who allegedly entered the mosque and attacked people with bear spray.

Peel Regional Police said the man walked into the Dar Al-Tawheed Islamic Centre and allegedly “discharged bear spray towards people in the mosque while brandishing a hatchet” just before 7 a.m. on Saturday.

Speaking on behalf of the mosque, Nadia Hasan of the National Council of Canadian Muslims said a group of about 20 men were in the middle of a dawn prayer, called Fajr, when the man carried out the alleged attack.

“He proceeded to attack the men who were there to pray while they were praying, and he … sprayed them,” Hasan said in a phone interview.

“Some of the men turned around and they very bravely decided that they were not going to let him attack them. And they tackled him to the ground and apprehended him until the police showed up.”

Police said the congregants received minor injuries as a result of the bear spray.

Hasan said there were remnants of the bear spray in the building, which was still causing people to cough by Saturday afternoon.

“People are obviously quite shaken up and are recovering,” she said.

“But I think for the most part, folks are still processing what’s happened and are trying to kind of see how they can ensure that their communities remain secure.”

Police said Mohammad Moiz Omar, a 24-year-old man from Mississauga, was arrested on Saturday. They said they’re considering “all possible motivations,” including hate, for the incident, and charges are pending.

At this point of their investigation, police said it appeared to be an isolated incident.

They noted that officers will remain in the area to offer reassurance to the community and the mosque and provide additional support to those affected by the incident.

Hasan said the Dar Al-Tawheed Islamic Centre remained open on Saturday and police would be there for the “next little while” to ensure that other prayer times could go ahead safely.

She said the mosque was looking into offering grief counselling and other mental health supports to help those who were affected process and heal from what happened, while police continue their investigation.

“They don’t know what motivated this person to do what he did, but they obviously have a lot of questions about, you know, why did this happen, why this happened to them, why this community in particular?” Hasan said.

Hasan called the worshippers who were affected the incident “very brave” and “really resilient.”

“The men that took down the assailant are people who … are kind of like the heroes  that we didn’t know we needed,” she said.

“They’re absolutely amazing in what they did and I think they saved a lot of people from possibly being injured or worse.”

In a written statement, the Dar Al-Tawheed Islamic Centre said it would provide further comment as more information becomes available. It also urged police to “continue to investigate all angles.”

“Our community will never be broken and we refuse to be intimidated,” the mosque said.

Anyone with information about the incident is asked to contact investigators.